Heroes of the Faith: Minor New Testament Figures ("The Rest of the Story") 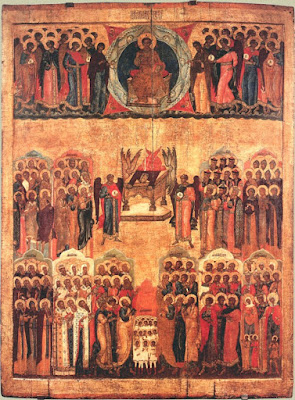 “I no longer call you servants, because a servant does not know his master’s business. Instead, I have called you friends, for everything that I learned from my Father I have made known to you. You did not choose me, but I chose you and appointed you so that you might go and bear fruit—fruit that will last.” - John 15:15-16a

“For we are God’s handiwork, created in Christ Jesus to do good works, which God prepared in advance for us to do.” - Ephesians 2:10 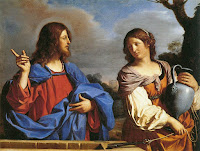 The Woman at the Well
In John 4, Jesus has a long conversation with a Samaritan woman at a well in the town of Sychar. The Gospel doesn’t give us much information about the woman other than that she had had five husbands and that she became a believer in Christ and convinced most of her town to believe in him too. According to tradition, she took the Christian name Photini, and her many children also became Christians. Because of her active witness for the sake of Christ, she was given the high title of “equal to the apostles.” Her evangelization was so effective that it drew the attention of Emperor Nero, who had her tortured and then martyred by being thrown down the shaft of a dry well.

Mary Magdalene
Mary Magdalene is a prominent character in the Gospels. She seems to have become a follower of Jesus after he cast seven demons out of her (Luke 8:2; Mark 16:9), and she was present for most of his ministry. She was one of the faithful women who stood at the foot of his cross and who brought spices to the tomb on Easter Sunday. According to John, Mary was the very first person to whom the resurrected Christ appeared (John 20:11-18). She is sometimes also identified as the “sinful woman” who anoints Jesus in an act of love and penitence, but neither the Gospels nor tradition is clear whether this is actually Mary Magdalene or someone else. (The Eastern churches have always thought that, far from being a sinful penitent, she was actually so pure and chaste that the devil suspected that she would be the one to bear the Messiah, and that’s why he had sent seven demons to afflict her.) After the story of the New Testament ends, the most reliable early traditions relate that she lived as a companion and helper to Mary, Jesus’ mother, and perhaps emigrated to Ephesus later in life. 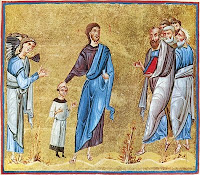 The Boy that Jesus Called to Stand with the Disciples
In the Gospels, there’s a story in which the disciples are fighting over who is the greatest. In response, Jesus calls a little child over, has him stand among the disciples, and then takes him in his arms (Mark 9:36). According to tradition, that boy was Ignatius of Antioch, one of the greatest leaders of the early church. Ignatius served as bishop of the churches in Syria for many years; he left us a set of letters written to other churches that continue to instruct and inspire Christians to this day; and he died as a martyr in Rome. 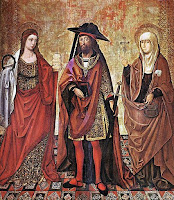 Lazarus, Mary, and Martha
These three siblings from Bethany were some of Jesus’ closest friends and often appear in Gospel stories. Tradition tells us that they were among the Christians who were scattered by the first persecution, organized by Saul (later Paul) after Stephen’s death in Jerusalem (Acts 7:59-8:4). They spent some time traveling and spreading the Gospel before eventually going to the island of Cyprus, where they settled, and Lazarus became the bishop of the city of Kition. 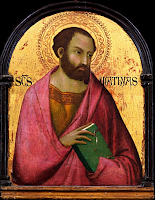 Matthias
In the first chapter of Acts, the disciples decide to select a new apostle to fill the vacant role left behind by Judas. Matthias, who had been a follower of Jesus during his ministry, was chosen. Like the other apostles, he was given a commission as a missionary, and he traveled to the regions of northern Turkey and the Caucasus mountains, spreading the Gospel in what is now the modern country of Georgia (and Georgia is still a majority-Christian country to this day). He was martyred by being stoned to death.

Philip the Evangelist
This Philip (distinct from Philip the disciple) was one of the seven original deacons chosen by the Jerusalem church. He is recorded in the book of Acts as being a powerful evangelist, and he was the first to preach the Gospel to the Samaritans (Acts 8) and along the coast of Palestine, where he settled for awhile in Caesarea (Acts 21:8). Tradition tells us that later on, he moved further north and became the bishop of the church in Tralles (in modern Turkey). 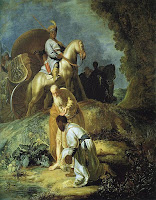 The Ethiopian Eunuch
Acts 8 tells the story of Philip’s most famous convert, the Ethiopian eunuch who was riding home in a chariot, reading the Scriptures, when he came across Philip, who led him to the faith. Reliable early traditions tell us that this eunuch, Simeon Bachos by name, stayed in Palestine a bit longer to learn more about Christ and the church, and he is often thought to be Simeon Niger (Niger means “the Black”), who is mentioned as part of the church of Antioch in Acts 13:1. Eventually he returned home to Ethiopia, where he preached the Gospel and helped to found one of the most ancient traditions of Christianity—the Ethiopian Orthodox Tawahedo Church—which is still the largest religious affiliation in Ethiopia today.

Cornelius
In Acts 10, the Lord leads Peter to a Roman centurion named Cornelius, a devout man who immediately converts upon hearing the Gospel. He is considered to be the first Gentile convert to Christianity (since the Ethiopian eunuch had been a convert to Judaism before becoming a Christian), and this leads the Jerusalem church to realize that the Gospel is not just for Jews. Tradition tells us that Cornelius, upon retiring from the Roman military, entered pastoral ministry and became the bishop of a church.

Barnabas
Acts tells us that Barnabas was Paul’s first missionary partner, highly respected by the leaders of the churches of Jerusalem and Antioch. Together they evangelized throughout Cyprus and southern Turkey before splitting up to continue their missions separately, each now with junior partners. Mark accompanied Barnabas on his subsequent evangelism tours, and was a witness to Barnabas’ martyrdom, when an angry mob of Jews dragged him out of the synagogue and stoned him to death. 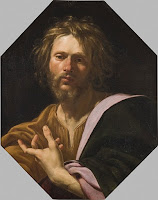 Luke
According to tradition, Luke was a doctor who accompanied Paul on some of his later missionary journeys, and he became the author of the books of Luke and Acts. Although tradition relates that he was also a martyr, he seems to have been one of the few major Christian leaders who managed to live to an old age—he died at 84 years old, in Boeotia, Greece. Another early tradition tells us that Luke was also the first Christian artist, and that he began the long and venerable tradition of sacred artwork by painting an icon of the Virgin Mary with the Christ child.

Timothy
We first see Timothy as a young protégé of Paul’s, added to his mission team during a tour through the interior of Turkey. Timothy becomes one of the core members of Paul’s team throughout the remainder of the great missionary’s ministry. Near the end of Paul’s life, Timothy is entrusted with leading the church of Ephesus, one of Paul’s most treasured congregations, and it was there that he received the letters of 1 and 2 Timothy. He served as bishop of that city for the rest of his life until, in the year 97, he attempted to stop a pagan festival procession honoring the goddess Artemis by preaching the Gospel in the middle of the street; he was beaten to death. 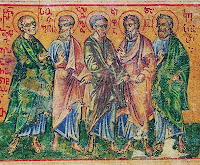 Apollos
Apollos was one of the most gifted preachers and Bible teachers in the early church. Acts 18 tells us that he had learned the Gospel in Alexandria, Egypt, and then came to Ephesus to preach. While there, Paul’s friends Priscilla and Aquila mentored him and taught him some of the finer points of doctrine. Then he was sent off to Greece, where his ministry blossomed powerfully. However, he was such a charismatic teacher that some people in the church of Corinth, dissatisfied with Paul, decided to claim that they were followers of Apollos alone (1 Cor. 1:12). Tradition tells us that Apollos was so disgusted by this state of affairs that he left Corinth for awhile and went to preach on the island of Crete. A few years later, after Paul’s letters to Corinth had set that church back in order, Apollos returned and became its bishop. Though tradition doesn’t tell us the name of the author of Hebrews, many later scholars speculated that Apollos, of all the New Testament characters we know, is probably the best fit. 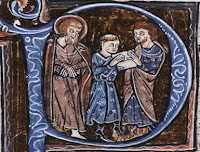 Onesimus
In the book of Philemon, we hear about a young slave named Onesimus, a Christian, who has fled from his master and taken refuge with Paul. Paul decides to send Onesimus back to Philemon his master (who is also a Christian), with firm instructions that he is to be treated as a brother and not as a slave. We know from other sources that this same Onesimus was freed from slavery by Philemon, was appointed for ministry by the apostles, and that he served as the bishop of Ephesus, one of the leading Christian cities in the world, after Timothy died. Ignatius of Antioch, in fact, mentions Onesimus by name as the bishop of Ephesus in his letter to that church. Onesimus continued serving in that ministry for at least a decade before being imprisoned and martyred.

Jude the Brother of Jesus
We know very little about Jude from the New Testament, other than that he was one of those considered to be a brother (or other close relation) of Jesus, along with James the Just. He was the author of the book of Jude. But we do have an interesting little story about Jude’s children, who were also Christians. In the 90s AD, the Emperor Domitian was engaged in a series of persecutions against Christians. He was wary of Jewish messianic movements to begin with, and he had heard rumors about Christ establishing “the kingdom of God.” So he had some of his officials round up a few of the living descendants of David still in Palestine, and they happened to be the children and grandchildren of Jude. Emperor Domitian asked them about their wealth and power and examined their hands, all of which proved that they were no more than simple farmers and peasants. Then he questioned them about the nature of Christ’s kingdom, and they explained to him that it was a spiritual kingdom at this stage of history, and would only become an earthly kingdom at the end of the world. Their courageous honesty convinced Domitian to put a halt to the persecution of Christians, because he no longer saw them as a danger. For this, the family of Jude was honored throughout the church, and many went into ministry leadership in the congregations of Palestine.
Posted by Matthew Burden at 5:00 AM