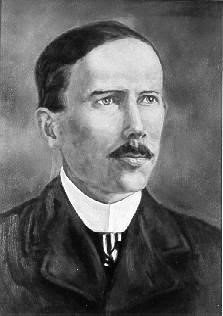 (Click here for an introduction and other installments of this series)
Lecture audio: Praying Hyde & Sundar Singh
(click here to listen or right-click to download)
Then Jesus told his disciples a parable to show them that they should always pray and not give up. He said: “In a certain town there was a judge who neither feared God nor cared about men. And there was a widow in that town who kept coming to him with the plea, ‘Grant me justice against my adversary.’ For some time, he refused. But finally he said to himself, ‘Even though I don’t fear God or care about men, yet because this widow keeps bothering me, I will see that she gets justice.’…And will not God bring about justice for his chosen ones, who cry out to him day and night?”
– Luke 18:1-5a, 7a

I have posted watchmen on your walls, O Jerusalem; they will never be silent day or night. You who call on the Lord, give yourselves no rest, and give him no rest until he establishes Jerusalem and makes her the praise of the earth.
– Isaiah 62:6-7
John Nelson Hyde: Basic Facts
- John Nelson Hyde (1865-1912) was an American missionary to India. Although himself a Presbyterian, he is most commonly remembered as a spiritual hero in the Holiness, Revivalist, and Pentecostal traditions, because of his habit of consistent, sacrificial, intercessory prayer. It became his custom to spend entire nights in prayer, often allowing himself only a couple hours (if that) for sleep.

- When he arrived in the Punjab region of India, he was one of only five missionaries in an area of more than one million non-Christians. By the time he left, less than twenty years later, there were large annual meetings of native Christians in the Punjab, and the beginnings of a massive revival started to sweep through the area.

- Though most often remembered for his habits in prayer, he was also a passionate personal evangelist, making covenants with God to bring unbelievers to faith every day.
Timeline of Hyde's Ministry:
1892 – John Hyde, after graduating from seminary, sails to India. He is not a promising missionary—partially deaf, he has great difficulty in learning the native languages. He writes, “I was led to tell the Lord that I was willing even to fail in my language examinations in India, and be a missionary working quietly out of sight, that I would do anything and be anything, but the Holy Spirit I would have at any cost.”

1899 – After several years of persecutions and winning very few conversions, he begins to spend entire nights in prayer. He had often before kept short hours of sleeping, and felt convicted to give the time to God that he had before spend merely on himself.

1904 – The first annual convention of local Christians in the area is held in Sialkot. Hyde and two friends spend thirty days beforehand giving their time almost entirely to prayer. During the convention itself, Hyde spends most of his time interceding in the prayer room. This would be his regular custom through seven annual Sialkot conventions, which saw great revivals and movements of the Holy Spirit.

1911-1912 – Discovered to have major problems with his heart and a brain tumor, he returned to America, was briefly active in ministry there, and then passed away. His final words were: “Shout the victory of Jesus Christ!”
~ ~ ~
“We heard of a worldly lady once who thought she wanted to have a little fun at Mr. Hyde’s expense, so she asked, ‘Don’t you think, Mr. Hyde, that a lady who dances can go to Heaven?’ He looked at her with a smile, and quietly said, ‘I do not see how a lady can go to Heaven unless she dances,’ and then he spoke to her about the joy of sin forgiven—the overwhelming joy!”
Sadhu Sundar Singh: Basic Facts 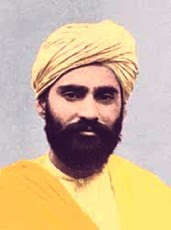 - Sundar Singh (1889-1929) came from a Sikh family in the Punjab region. (Sikhism is one of the major religions of India, but distinct from Hinduism and Islam.) After the death of his mother, he was plunged into suicidal despair, from which he was saved by a vision of Jesus Christ. Committing himself to the faith, he suffered persecution and assassination attempts by his own family. Realizing that Christianity would only win India to the faith if it came in an Indian way, he decided to wear the turban and robe of a “sadhu”—an Indian holy man—and to adopt the lifestyle of a wandering, impoverished teacher of the truth. He walked across much of northern India, the Himalayas, and Tibet, teaching about Christ through parables and inspiring many through his deep prayer life and the power of God that was so evident in his ministry. Though suspected of syncretism in his own time, he is now looked back on as a faithful pioneer of the native Indian churches.
Quotes:
“A mother once hid herself in a garden amongst some densely growing shrubs, and her little son went in search of her here and there, crying as he went. A servant said to him, ‘Sonny, don’t cry! Look at the mangoes on this tree and all the pretty flowers in the garden. Come, I am going to get some for you.’ But the child cried out, ‘No! I want my mother. The food she gives me is nicer than all the mangoes, and her love is sweeter far than all these flowers!’ When the mother, hidden in the bushes, heard this, she rushed out and smothered him with kisses, and that garden became a paradise to the child because of his mother’s love. In the same way, God’s children cannot find, in this great garden of a world, so full of charming and beautiful things, any true joy until they find me.”

“My Lord God, my all in all, life of my life, and spirit of my spirit, look in mercy upon me and so fill me with Thy Holy Spirit that my heart shall have no room for love of aught but Thee. I seek from Thee no other gift but Thyself, who art the Giver of life and all its blessings. From Thee I ask not for the world or its treasures, nor yet for heaven even make request, but Thee alone do I desire and long for, and where Thou art there is heaven. The hunger and thirst of this heart of mine can be satisfied only with Thee who hast given it birth. O Creator mine! Thou hast created my heart for Thyself alone, and not for another, therefore this my heart can find no rest or ease save in Thee, in Thee who hast both created it and set in it this very longing for rest. Take away from my heart all that is opposed to Thee, and enter and abide and rule forever. Amen.”
Posted by Matthew Burden at 5:00 AM No comments: