Heroes of the Faith: John, Andrew, and Philip 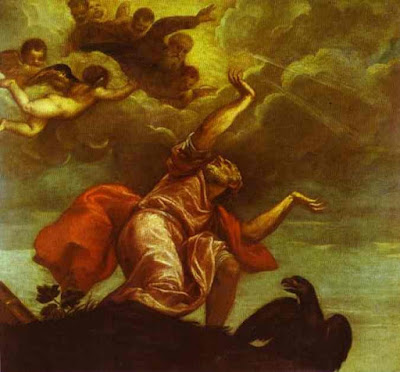 When Jesus looked up and saw a great crowd coming toward him, he said to Philip, “Where shall we buy bread for these people to eat?”…Philip answered him, “It would take more than half a year’s wages to buy enough bread for each one to have a bite!” Another of his disciples, Andrew, Simon Peter’s brother, spoke up, “Here is a boy with five small barley loaves and two small fish, but how far will they go among so many?” Jesus said, “Have the people sit down.” There was plenty of grass in that place, and they sat down (about five thousand men were there). Jesus then took the loaves, gave thanks, and distributed to those who were seated as much as they wanted. He did the same with the fish.       - John 6:5-11

John in the New Testament

- John, known to tradition as “Saint John the Evangelist” or “John the Theologian,” was the youngest of the twelve disciples. He is usually regarded as the author of the Gospel of John (in which he may appear as “the disciple whom Jesus loved”), of the epistles 1, 2, and 3 John, and of the book of Revelation.

Notable Events in the Life of John:

- According to tradition, John remained in Judea, taking care of Mary, the mother of Jesus, long after his own brother James had been martyred (Acts 12:2) and the other disciples had dispersed to their mission fields. Only much later, either after the death of Mary or at the outbreak of the Jewish War against Rome (AD 66-70), did John move to Ephesus (western Asia Minor, in modern Turkey), and he lived out the remainder of his ministry in that area.

- While in Ephesus, he wrote his three letters and the Gospel of John, the last of the four gospels to be completed. He also mentored Papias and Polycarp, two of the greatest leaders of the next generation of the Christian faith (both Papias and Polycarp left us some of their writings in the collections known as the Apostolic Fathers, from the early 2nd century, and Polycarp was a famous bishop and martyr).

- In the mid-90s AD, towards the end of the reign of Emperor Domitian, John was taken prisoner because his Christian faith was seen as dangerous to civic welfare (there’s an old story that he once made the Temple of Artemis, the central building in Ephesus, collapse simply by praying to Jesus in front of its altar). The Romans attempted to kill him by throwing him in a cauldron of boiling oil in front of a crowd of onlookers, but John was miraculously delivered and emerged unharmed, leading to the conversion of many in the crowd. Finally, John was exiled to a penal colony on the island of Patmos, where he received the series of visions written down in the book of Revelation. Emperor Domitian died in AD 96, and John, now freed, returned to Ephesus.

- John lived a few more years in Ephesus, now a very old man, where he helped the churches resist the influence of a new heretical teacher, Cerinthus, who taught that Jesus was just a spirit and did not have a physical human body (1 John may reflect a situation in which the Ephesus-area churches were dealing with a church split—“They went out from us, but they did not really belong to us; for if they had belonged to us, they would have remained with us…” [2:19]—possibly separating over the doctrinal issue that Cerinthus had raised—“That…which we have heard, which we have seen with our eyes, which we have looked at and our hands have touched—this we proclaim concerning the Word of life” [1:1]).


- The last recorded story of John’s life exemplifies his courage and love. On a visit to a church in the hills outside Ephesus, he saw a curious onlooker, a handsome young man, standing among the crowd. John left the young man in the local pastor’s care, to disciple him in the faith. The pastor did so, taking him into his own home, baptizing him, and teaching him. But the young man eventually went astray, fell in with the wrong crowd, and ended up abandoning his faith and becoming the leader of a group of brigands living in the mountains. When John later returned to that church and heard about this, he immediately asked for a horse and rode charging off into the mountains. He was captured by the brigands and led to their chief. When the young man saw the old apostle, he was so overcome by shame that he took off running. John ran after him into the hills, crying out for the young man to come back to the faith. With tears of sorrow, the young man repented, and John mentored him personally along the path of discipleship from that point on.

- Andrew, the brother of Simon Peter, became a missionary to Greece, Thrace (the Balkan countries), and Scythia (Ukraine). He planted the first Christian church at Byzantium, which would become one of the five most important churches in the Christian world for the next few centuries. He met his death by being crucified, placed on an X-shaped cross (because he felt unworthy to be crucified on the same kind of cross as his Lord). This X-shaped design, St. Andrew’s Cross, can still be seen in the national flags of Scotland and the UK.

- Philip the Apostle (not to be confused with Philip the deacon, the evangelist in Acts 8), was commissioned to bring the Gospel to Phrygia (Asia Minor) and Greece, working with his sister Mariamne and, at times, Bartholomew. In the Greek city of Hierapolis, Philip converted the proconsul’s wife through a miraculous healing. This so enraged the proconsul that he had Philip crucified upside-down in the center of the city; but Philip continued to preach to the crowds, even from his cross, and many people were won to the faith through his martyrdom.
Email ThisBlogThis!Share to TwitterShare to FacebookShare to Pinterest
Labels: Devotional Reflections, History
Newer Post Older Post Home