Heroes of the Faith: Phoebe Palmer & the Holiness Movement 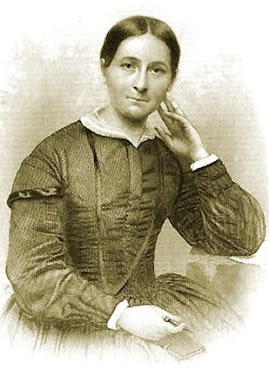 (Click here for an introduction and other installments of this series)
Lecture audio: Phoebe Palmer
(click here to listen or right-click to download)
“You don’t know what you are asking,” Jesus said to [James and John]. “Can you drink the cup I am going to drink?” “We can,” they answered.  - Matthew 20:22

You know that he appeared so that he might take away our sins. And in him is no sin. No one who lives in him keeps on sinning. No one who continues to sin has either seen him or known him.  - 1 John 3:5-6
Phoebe Palmer: Basic Facts

- Phoebe Palmer (1807-1874) was a Methodist laywoman who desired a deeper experience of God’s holiness in her life. Shortly after suffering through a family tragedy, she received this “second blessing” of what she called “entire sanctification.” Wanting all Christians to experience the life of joyful liberty and service she had found, she devoted the rest of her life to testifying to the possibility of deeper experiences in the Christian life. Along the way, she wrote several books, including The Way of Holiness, spoke at major gatherings all across America and Britain, and founded the Five Points Mission, a humanitarian service in the worst slum in New York City.

- Palmer is considered a major founder of the Holiness Movement, which would include figures like Hannah Whitall Smith and Oswald Chambers, and launch several new groups like the Salvation Army, Nazarenes, Wesleyans, and later the Pentecostals.

Background of the Holiness Movement: 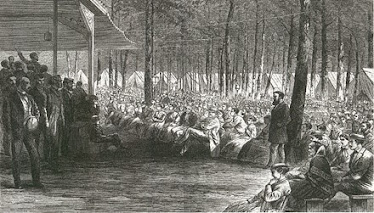 John Wesley, the greatest evangelist of the 1700s and the founder of the Methodist Church, preached a doctrine which he called “Christian perfection.” The idea was that if we take the clear, literal teaching of some of the amazing promises in the New Testament about the nature of the Christian life, then we must admit the possibility for a Christian to live a life of consistent victory over sin. This is not to say that all deep-lying sinful attitudes could be fully rooted out in this life, but that a Christian could live without actually committing conscious, intentional sins. This doctrine developed in the 1800s into an experiential search by Christians to find “the deeper life,” “the second blessing” which would enable them to reach this hallowed plateau of spiritual living.

1836 – After ten years of marriage, a tragic accident takes the life of Eliza, her 11-month-old daughter. Palmer resolves to give all the time she would have spent on Eliza to God instead.

1837 – After a full year devoted to prayer, Palmer receives the longed-for experience of entire sanctification: “My heart was emptied of self…and I realized that I dwelt in God, and felt that he had become the portion of my soul, my All in All.”

1840 – Palmer begins teaching at the “Tuesday Meetings for the Promotion of Holiness” at her sister’s home in New York City. She simplifies John Wesley’s doctrine into an easily accessible form: The believer just has to consecrate all their time, talents, relationships, and possessions to God; to believe in the Bible promises; and then, after having received entire sanctification, to testify about their experience. This three-step view (consecrate, believe, testify) proved widely popular.

1850 – Understanding that true Christianity would be as much about service as about spiritual experiences, Palmer launched humanitarian missions into the slums of New York City, where no one else from the outside world dared to go. She founded the Five Points Mission, which would be a model for urban missions and homeless shelters around the country, and offered food, shelter, and employment training to the needy.

1857 – Along with her husband, she preached at camp meetings in the US, sparking the urban “prayer-meeting revival” that brought hundreds of thousands of converts into the churches and launched the Wesleyan denomination. 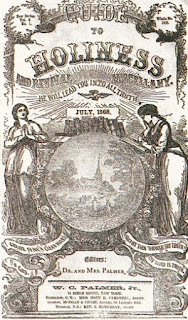 1859 – Palmer and her husband did a preaching tour in the British Isles, bringing 20,000 to salvation or a deeper experience of sanctification, part of a revival that brought millions of new converts into British churches and launched the “Deeper Life” and Keswick movements (thus influencing J. Hudson Taylor, Charles Spurgeon, Oswald Chambers, the founders of the Salvation Army, and many others).

1867- Following the Civil War, the US saw a major revival sweeping across it, and the doctrines of the Holiness Movement found a great following. Churchgoers from most Protestant denominations were inspired to pursue deeper experiences of grace in their lives, and they launched many ambitious social outreaches at the same time.

Quotes from the Holiness Movement:

“How much like God can we be?” – Catherine Booth

“It is wonderful what God can do with a broken heart, if He gets all the pieces.” – Samuel Chadwick

“If the will of God is our will, and if He always has His way, then we always have our way also, and we reign in a perpetual kingdom. He who sides with God cannot fail to win in every encounter; and, whether the result shall be joy or sorrow, failure or success, death or life, we may, under all circumstances, join in the Apostle's shout of victory, "Thanks be unto God which always causes us to triumph in Christ!" – Hannah Whitall Smith