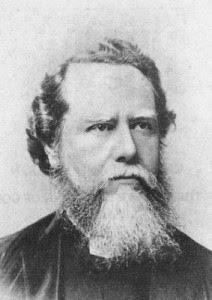 (Click here for an introduction and other installments of this series)
Lecture audio: J. Hudson Taylor & David Livingstone
(click here to listen or right-click to download)
“Have I not commanded you? Be strong and courageous. Do not be afraid; do not be discouraged, for the Lord your God will be with you wherever you go.” – Joshua 1:9

“I am the vine; you are the branches. If you remain in me and I in you, you will bear much fruit; apart from me you can do nothing.” – John 15:5
J. Hudson Taylor: Basic Facts 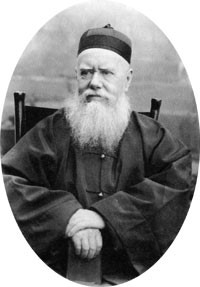 - J. Hudson Taylor (1832-1905) was born in Barnsley, England, and came to faith in Christ as a teenager. He committed himself to becoming a missionary to China, relying solely on God’s provision to get there.

- At the time of his arrival, Christian influence was limited to a few foreign settlements in port cities. Taylor pioneered the evangelization of the interior of China, many times going where no European had ever gone before. He founded a new organization, China Inland Mission (now OMF), which marked new innovations in the practice of Christian missions: (1) “faith missions” – relying solely on God’s provision of funds and recruits, (2) adoption of native dress and customs, (3) and the inclusion of many different denominations in one organization.

- Taylor was also known for his profound spirituality—he was a man of passionate prayer and of deep, restful faith in Christ.

- “No other missionary in the nineteen centuries since the Apostle Paul has had a wider vision and has carried out a more systematized plan of evangelizing a broad geographical area than Hudson Taylor.” – Ruth Tucker, historian

1854-55 – Taylor arrives in China for the first time during a period of civil war; begins his itinerant preaching but is poorly received

1856-60 – Adopts native dress; chooses to leave the Chinese Evangelization Society and become an independent missionary; meets and marries Maria Dyer; takes over the running of the Ningbo hospital

1860-66 – Takes a furlough in England for health reasons; while there he founds the China Inland Mission

1866-70 – CIM, complete with new recruits, begins its work in China; nearly meets with disaster at the Yangchow riots; receives encouragement and support from George Müller; Taylor experiences a deeper understanding of his life in Christ; wife Maria dies

1871-76 – Taylor makes several trips back and forth to England for health reasons and to raise support; marries Jennie Faulding

1877-84 – A treaty between Britain and China opens up new mission possibilities; CIM puts out the call for 70 new recruits; women begin to take active roles as pioneer missionaries 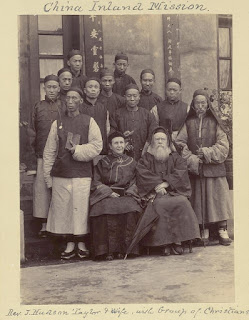 1885-88 – Taylor goes to England and the US to draw more recruits to the expanding work; CIM is led to trust God for 100 new missionaries in one year (a 50% increase in the mission society)

1890s – Taylor administrates CIM while pioneer missionaries press on into the interior of China; they suffer a devastating blow during the Boxer Rebellion (58 missionaries killed), but draw the admiration of the world from their response.

1905 – By Taylor’s death, there were missionaries all over China, and CIM was the largest mission society in the world.

“Brother, if you would enter that Province, you must go forward on your knees.”

“The Great Commission is not an option to be considered; it is a command to be obeyed.”

“I have found that there are three stages in every great work of God: first, it is impossible, then it is difficult, then it is done.”

“All our difficulties are only platforms for the manifestations of His grace, power and love.”

“It will not do to say that you have no special call to go to China. With these facts before you and with the command of the Lord Jesus to go and preach the gospel to every creature, you need rather to ascertain whether you have a special call to stay at home.”

“All God’s giants have been weak men, who did great things for God because they reckoned on his being with them.” 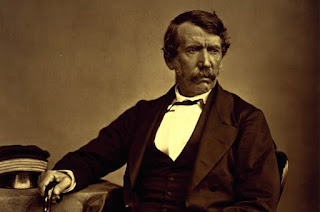 - Livingstone (1813-1873) was a famous English explorer and missionary to south and central Africa. Unlike most explorers of the time, he often chose to live with no more than his native helpers had, and he showed great respect for African cultures. He hoped to aid the Africans by introducing “Christianity, Commerce, and Civilization.” He aggressively fought against the continuing slave trade along the east African coast.

“People talk of the sacrifice I have made in spending so much of my life in Africa…. Say rather it is a privilege. Anxiety, sickness, suffering, or danger now and then, may make us pause and cause the spirit to waver and the soul to sink; but let this only be for a moment. All these are nothing when compared with the glory which shall be revealed in us. I never made a sacrifice.”
Posted by Matthew Burden at 11:44 AM