Heroes of the Faith: Charles Spurgeon 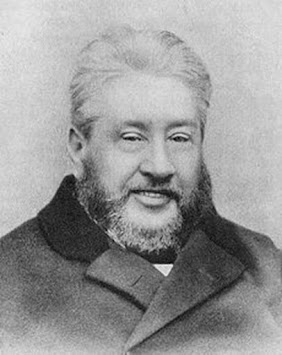 (Click here for an introduction and other installments of this series)
Lecture audio: Charles Spurgeon
(click here to listen or right-click to download)
“We will give our attention to prayer and the ministry of the word.” – Acts 6:4

“I give you this charge: Preach the Word; be prepared in season and out of season; correct, rebuke and encourage—with great patience and careful instruction. For the time will come when men will not put up with sound doctrine…. But you, keep your head in all situations, endure hardship, do the work of an evangelist, and discharge all the duties of your ministry.” – 2 Timothy 4:1b-3a, 5
Charles Spurgeon: Basic Facts
- Charles Haddon Spurgeon (1834-1892) was known as “the Prince of Preachers,” even within his own lifetime. He was the Baptist pastor of the largest Protestant church in the world in the late 19th century, and a well-known figure across the entire English-speaking world.

- Over the course of his career, he preached to more than 10 million people; once to an audience of 23,600 without amplification. His sermons sold 25,000 printed copies per week. Aside from preaching, he also wrote a regular newsletter and many devotional books. Spurgeon has more of his writings in print than any other Christian author, living or dead. His teachings on prayer and ministry are still considered classics. Further, he was also involved in founding an orphanage and a training-college for ministry students. Not very well known, however, is the fact that Spurgeon accomplished all of this despite suffering from severe bouts of depression and physical ailments.

Timeline of Spurgeon's Life and Ministry: 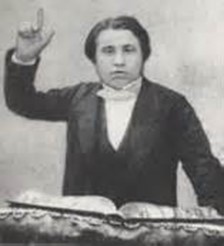 1850 – Although raised in a devout Christian home, the fifteen-year-old Spurgeon undergoes a spiritual experience of salvation for the first time, and decides to become a Baptist.

1851 – Spurgeon preaches his first sermon. Within a few months, he becomes a pastor at Cambridge. (By age 20, he had preached over 600 sermons.)

1854 – The 19-year-old Spurgeon is invited to preach at the historic New Park Street Church in London. His passionate manner of speaking, as well as the depth of his insight into Scripture, wins him fame as the “boy preacher.” New Park Street Church invites him to preach for a 3-month trial phase; then as their permanent pastor. (At the end of his pastorate, 38 years later, the congregation had gone from 200 people to 5,300.)

1856 – Spurgeon meets and marries his wife, Susannah Thompson; they have twin sons. Spurgeon undergoes severe recriminations from other Christians for his preaching style. Some detractors fake a fire warning at one of Spurgeon’s sermons in a packed venue, leading to the deaths of seven people. This catastrophe so depresses Spurgeon that he nearly gives up on the ministry. But he bounces back, and the following year opens his pastors’ college.

1861 – Spurgeon’s fame and popularity have grown to the point where he now preaches up to 10 sermons per week, often at large public venues. His congregation moves to a new building, opening the massive “Metropolitan Tabernacle,” which can seat 5,600 people. Spurgeon’s favorite feature of the church building is a prayer room in the basement, located under the pulpit, where a team of the church’s prayer warriors would pray throughout his sermons.

1865-67 – His monthly magazine, The Sword and Trowel, begins publication, and his new orphanage is opened.

1885 – The final volume of his Treasury of David, a massive commentary on the Psalms which took him 20 years of work to produce, is published.

1887-88 – Spurgeon is embroiled in the “Downgrade Controversy,” in which he warns his fellow members of the Baptist Union about the dangers of the new liberal trends in theology. The Union responds by censuring Spurgeon, causing him deep distress.

1891 – His final sermon at the Metropolitan Tabernacle is preached. The full text of all his sermons from his ministry with that congregation are still in print, and fill 63 volumes.

“My trust is not that I am holy, but that, being unholy, Christ died for me. My rest is here, not in what I am or shall be or feel or know, but in what Christ is and must be— in what Christ did and is still doing as He stands before yonder throne of glory.”

“If sinners be damned, at least let them leap to Hell over our bodies. And if they perish, let them perish with our arms about their knees, imploring them to stay. If Hell must be filled, at least let it be filled in the teeth of our exertions, and let not one go there unwarned and unprayed for.”

“Every Christian is either a missionary or an impostor.”

“We are more than conquerors through Him that loved us. We shall cast down the powers of darkness which are in the world, by our faith, and zeal, and holiness; we shall win sinners to Jesus, we shall overturn false systems, we shall convert nations, for God is with us, and none shall stand before us. This evening let the Christian warrior chant the war song, and prepare for to-morrow's fight. Greater is He that is in us than he that is in the world.”

“Nobody ever outgrows scripture; the Book widens and deepens with our years.”

“The Lord gets his best soldiers out of the highlands of affliction.”

“Our anxiety does not empty tomorrow of its sorrow, but only empties today of its strength.”

“If any of you should ask me for an epitome of the Christian religion, I should say that it is in one word: Prayer.”

"A lie can travel half way around the world while the truth is putting on its shoes."

"Saving faith is an immediate relation to Christ, accepting, receiving, resting upon Him alone, for justification, sanctification, and eternal life by virtue of God's grace."

"Beware of no man more than of yourself; we carry our worst enemies within us."

"To be a soul winner is the happiest thing in the world. And with every soul you bring to Jesus Christ, you seem to get a new heaven here upon earth."

"If there existed only one man or woman who did not love the Savior, and if that person lived among the wilds of Siberia, and if it were necessary that all the millions of believers on the face of the earth should journey there, and every one of them plead with him to come to Jesus before he could be converted, it would be well worth all the zeal, labor, and expense. If we had to preach to thousands year after year, and never rescued but one soul, that one soul would be full reward for our labor, for a soul is of countless price."

"As for our days before we were regenerated, may they be forgiven and forgotten; but since then, though we have not sinned as before, yet we have sinned against light and against love—light which has really penetrated our minds, and love in which we rejoice. Oh, the atrocity of the sin of a pardoned soul!"

"O Christian, the vows of God are upon you. You are God’s priest: act as such. You are God’s king: reign over your lusts. Heaven is your portion: live like a heavenly spirit, so shall you prove that you have true faith in Jesus, for there cannot be faith in the heart unless there be holiness in the life."

"If you would have Christ with you, seek Him boldly. Let nothing hold you back. Defy the world. Press on where others flee."

"The heaviest end of the cross lies ever on His shoulders. If He bids us carry a burden, He carries it also."