Heroes of the Faith: George Müller 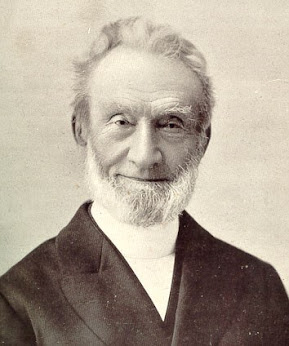 (Click here for an introduction and other installments of this series)
Lecture audio: George Müller
(click here to listen or right-click to download)
“I am the Lord your God…. Open wide your mouth, and I will fill it.” – Psalm 81:10
“Therefore I tell you, do not worry about your life, what you will eat or drink; or about your body, what you will wear. Is not life more important than food, and the body more than clothes? Look at the birds of the air; they do not sow or reap or store away in barns, and yet your heavenly Father feeds them. Are you not much more valuable than they?...So do not worry, saying, ‘What shall we eat?’ or ‘What shall we drink?’ or ‘What shall we wear?’ For the pagans run after all these things, and your heavenly Father knows that you need them. But seek first his kingdom and his righteousness, and all these things will be given to you as well.” – Matthew 6:25-26, 31-33
“I will do whatever you ask in my name, so that the Son may bring glory to the Father. You may ask me for anything in my name, and I will do it.” – John 14:13-14
George Müller: Basic Facts 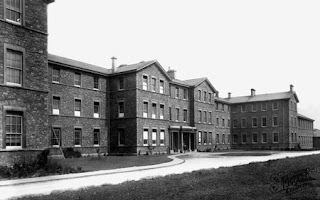 - George Müller (1805-1898) was born in Prussia (now Germany), and lived a dissolute life as a young man. He studied to be a clergyman at his father’s request—not because he wanted to, but because he could make a decent living that way. He was converted to faith through the influence of some friends and the experience of a simple prayer meeting.

- Although he originally desired to be a foreign missionary, the Lord led him to England, where he became involved in pastoral ministry. There he decided to give up his salary and live completely on whatever God would provide.

- Throughout his ministry, he organized and ran programs which supported missionaries and seminary students, funded Bible schools, distributed Bibles and tracts all over the world, and cared for thousands of orphans—all funded completely by answers to prayer.
Practices:
- Bible reading – Müller was famous for his devotion to Scripture. In his old age, he was reading through the Bible four times each year. In all, he read it two hundred times, more than one hundred times on his knees.

- Prayer – Müller kept a specific record of the things he prayed for and the answers he received. By his death, he had received more than 50,000 specific answers to prayers. 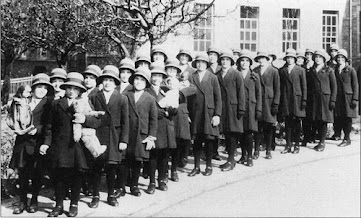 - On launching a new ministry endeavor: Whenever Müller received a new idea for a ministry, he would go through a long process of discernment to see whether it was truly the Lord’s will. Sometimes, the answer was ‘no’ (Müller never became a foreign missionary, as he had dreamed of early on). But many more times, the answer was ‘yes,’ and the scope of Müller’s ministry was explosive: as a local pastor in Bristol; as the manager of an orphanage capable of housing 2000 orphans at once; as a renowned speaker who traveled all over the world; and as the administrator of a society that distributed Christian literature, supported missionaries and seminary students, and built schools all over Europe. All of this was done without any solicitation of funds.

“If the Lord fails me at this time, it will be the first time.”

Regarding five men for whom he prayed, asking God for their conversion: “I hope in God, I pray on, and look yet for the answer. They are not converted yet, but they will be.” (The first three were converted within a few years of him beginning to pray; the final two were converted shortly after Müller’s death—after decades of faithful prayer.)

“In the greatest difficulties, in the heaviest trials, in the deepest poverty and necessities, He has never failed me; but because I was enabled by His grace to trust Him He has always appeared for my help. I delight in speaking well of His name.”
“When once I am persuaded that a thing is right, I go on praying for it. The great point is never to give up till the answer comes. The great fault of the children of God is, they do not continue in prayer; they do not persevere. If they desire anything for God's glory, they should pray until they get it.”

Money that Müller himself gave from his own funds throughout his life: about 1.5 million dollars (more than 80% of his total personal income)

Worldwide preaching tours: 17, taking him to Europe, North America, the Middle East, India, east Asia, and Australia (all undertaken while Müller was between the ages of 70 and 90)