Better than Eden: Union with God as a Motivation for Evangelism

(Note: "The Quest for the King" will resume on Friday, August 17) 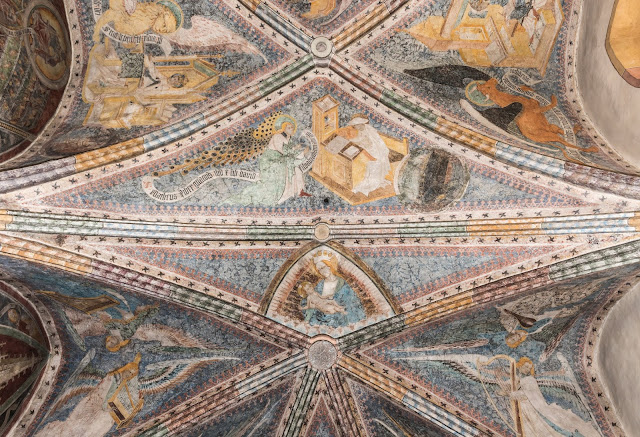 What was it that God made us for? What were we intended to be? Scripture tells us that we were made in the image of God (Gen. 1), created for his glory, to live in relationship with him and with our fellow humans. Included in the idea of the “image of God” is probably the way our rational, emotional, moral, relational, and creative powers reflect his character, as well as the fact that we were made to be his representatives and stewards toward the rest of creation. The relational aspect of this original intent should not be overlooked—one of the most clearly present themes in Gen. 2 is Adam’s need for companionship, as well as God’s relationship with both Adam and Eve. Our relationality, then, properly extends both to God and to others. (One other note must be added, though: because of what the New Testament tells us about our life in Christ, it is worth speculating that the situation in the Garden of Eden might not have been God’s ultimate intention for humanity. The early church fathers—especially the Eastern fathers, along with Irenaeus from the West—wholeheartedly believed that God’s purpose for humanity transcended even the beauty and communion of the Edenic state. In short, the belief is that God intended humanity for union with himself, a goal toward which even Adam and Eve, had they not fallen into sin, would still have had to ascend. Therefore, I think we might be selling ourselves short if we describe God’s original intention for humanity merely in terms of the first two chapters of Genesis.)

A second question then presents itself: “Why have we failed to fulfill this original intent for humanity?” The answer, of course, is sin. We in the Western Christian tradition tend to think of sin as a series of crimes against God. And sin certainly is that, but that’s not all it is—together with Satan and death (the anti-Trinity often highlighted by classical Christian thinkers), it forms an invasive, ineluctable force of evil that binds us against fulfilling God’s ultimate intention for us. In Rom. 5, the main source of the doctrine of “original sin,” Paul describes sin almost as a genetic disease—passed on from generation to generation, binding them all to condemnation. This original sin is ratified in each individual soul’s rebellion against the rule of God. Sin touches every area of life (“total depravity”), defacing (but not erasing) every aspect of the image of God in us. Because sin causes one to be inherently self-centered, we have lost our ability to live the kind of other-focused and God-centered life that we were made for. We have been sidetracked away from the road toward union with God.

And the solution, of course, is Christ himself. Through Christ’s death and resurrection, our forgiveness from sins has been won, and we have been reconciled to God. We still have traces of the disease of sin in our system, but we also have the antidote now, constantly doing its work to redeem us from the power of sin, Satan, and death. And Christ’s death did more than just atone for sins and pay the debt of God’s wrath; it also crushed the powers of evil and triumphed over them, giving us freedom from their usurped authority (Col. 2:15; Heb. 2:14-15). In Christ, we have the reversal of total depravity—now it is God’s holiness that touches every area of our lives. We have been given back the capacity to relate to God and to others in a selfless, loving way. But, as I mentioned above, this isn’t merely a return to the Edenic state—it goes much farther than that. Now we have the opportunity to “share in God’s holiness” (Heb. 12:10), to “participate in the divine nature” (2 Pet. 1:4), and to be “transformed into his likeness with ever-increasing glory” (2 Cor. 3:18). Now we have the indwelling presence of the Holy Spirit, and we are united to Christ in the church (the Body of Christ) and in the fact of the Incarnation—humanity is, now and forever, united to the very life of God, and individuals can enter that “new humanity” by believing and following Christ. That is more than merely a return to Eden; it is the goal for which God designed humanity from the beginning—to be so embraced and caught up by his love that we become enveloped in the life of God himself.
Posted by Matthew Burden at 5:00 AM

What is man, that You are mindful of him?