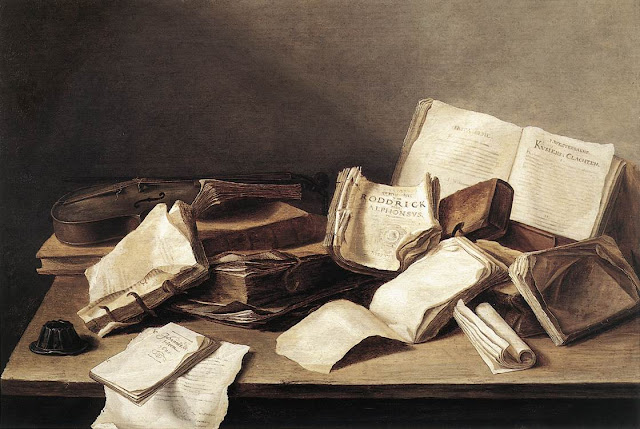 11.) Category: Patristics
Top Picks: Confessions, by Augustine; Sayings of the Desert Fathers
Honorable Mentions: On the Incarnation, by Athanasius; Conferences, by John Cassian; The Five Theological Orations, by Gregory of Nazianzus; The Apostolic Fathers; and The Roots of Christian Mysticism, by Olivier Clement

While in seminary, my interests in the reading of theology became more and more specialized; usually with view to a particular historical period. Whereas in earlier stages of my life the writings of the Puritan fathers or the Reformers had been of central importance to me, now I began to dive into the works of the early church fathers. Their theologies, which I am still exploring, ten years after first diving in head-first, are now the primary lens through which I see Christian theology and experience.

These are not easy books to read for the most part: they are the legacies of a very different age, a very different culture, and they often require fierce concentration and significant mental acuity to get the most out of them. But the ones I've highlighted here tend to be fairly accessible, and are widely regarded as classics of the patristic age. Augustine's Confessions are beautifully written and full of profound, life-transforming insights. I've sometimes felt that I need to keep Augustine at arm's length--I tell myself that this is because certain aspects of his theology  are not my preferred positions (a latent monergism as opposed to the clear synergism of eastern patristic theology)--but I think the truth of the matter is that Augustine's temperament is uncomfortably close to mine, and his keen self-perception often cuts very near to my heart. He's a great place to start the journey of getting to know the fathers and mothers of the early church, because he's so honest and sincere about his own journey of faith.

For a general introduction, though, I'm not sure you can do better than the compilation that Olivier Clement has put together for us, gathering snippets of beautiful patristic reflections from many different authors, and categorizing them for our better understanding of the overall shape of patristic theology. (For a review of Clement's book, follow this link to my earlier post.)

Once you start reading ancient books, it's hard to stop. They're not easy reads, by any means. But they have about them a certain hallowed air, a recognition of centuries' worth of men and women of insight all saying together that these are books of substance and enduring value, so much so that they have power to shape whole societies as deeply as they can individual lives. In calling these works "Classics," I'm referring specifically to the literary works of the Classical Era of Greece and Rome. The Iliad is the standout early work in this category, the "poem of force" that continues to be seen, three thousand years later, as the epic story of the entire Greek nation. (Robert Fagles' translation is recommended because, on top of his tremendous scholarship, his rendering has a poet's sensibility, and it is heart-achingly beautiful to read; rather what I imagine Greeks felt when they heard Homer in his original tongue.) I've also recommended Boethius' The Consolation of Philosophy, although technically this falls beyond the end of the Classical Age, into the period known as "Late Antiquity"; but it does a remarkable job in summing up the practical philosophy of the millenium of Greek and Roman reflections that had gone before, and it does so in a beautifully compelling literary form. These works--all of them--are classics for a good reason, and I've only selected the few that are my favorites (to say nothing of Herodotus, Thucydides, Aeschylus, Aristophanes, Aristotle, Xenophon, Polybius, Horace, Lucian, and many others). Start reading them. You may just fall in love.
Email ThisBlogThis!Share to TwitterShare to FacebookShare to Pinterest
Labels: Book Review, Recollections
Newer Post Older Post Home