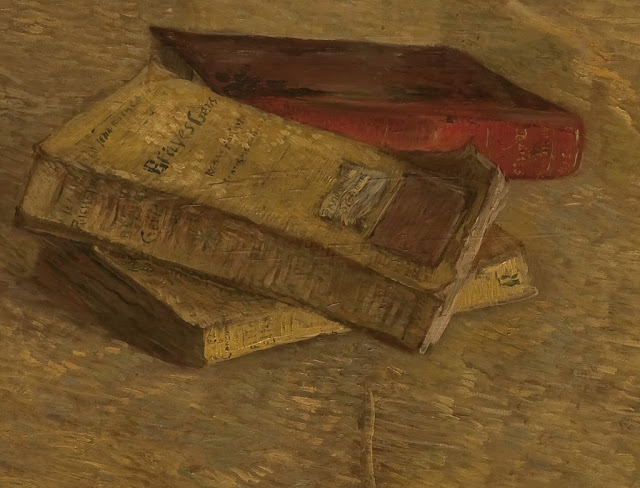 13.) Category: Stoicism
Top Pick: Meditations, by Marcus Aurelius
Honorable Mentions: The Discourses of Epictetus and Seneca's Letters from a Stoic

The classically-literate person might have noticed that in my listing of recommended "classics" from last week, I didn't include any of the great Stoics--Marcus Aurelius, Seneca, Epictetus, and (at least at times), good old Tully Cicero. That's because they have proven to be so influential in my life that I've chosen to give them their own category. From the first time I picked up Marcus Aurelius' Meditations, I was hooked. This wasn't the sort of speculative, mind-twisting philosophy you expect when you pick up a book of philosophy nowadays. Rather, it was concerned with philosophy in the classical sense--"the love of wisdom"--and of learning how to live "the good life" on a day-by-day basis. This was practical philosophy, moral philosophy, and most of it dovetailed beautifully with the Christian conception of a life well lived. It was rational and serene, and so relevant to our harried age that much of it sounds as if it could have been written just a generation or two ago. I keep all the major works of Stoicism on my regular reading-rotation now, so fruitful have they proved in giving me perspective on my daily living.

14.) Science & Faith
Top Pick: The Groaning of Creation, by Christopher Southgate
Honorable Mentions: Science, Life, and Christian Belief, by Jeeves & Barry; the works of John Polkinghorne; The Mind of God, by Paul Davies; The Language of God, by Francis Collins

I've always had a deep love for the natural sciences. There was a long period in my youth where I considered becoming either an ornithologist or a member of the park service. But within some circles of evangelicalism, there's a subtle suspicion of the sciences, largely because the theory of Darwinian evolution is seen as anti-biblical; and I drank down a little bit of that suspicion myself. However, while there's certainly room for criticism of Darwinian theories here and there, it came as a relief to discover, in my early adulthood, that there are, in fact, a wide range of orthodox options for interpreting the Bible vis-a-vis the early history of our planet, ranging from "young-earth creationism" to a wholehearted embrace of evolution (with lots of middle ground in between: "old earth" creationism, intelligent design, the Biologos movement, etc.). Some of these other theological-scientific perspectives actually helped me to make better sense of certain theological puzzles (such as the problem of natural suffering) than my early young-earth creationism had.

My top pick, The Groaning of Creation, represents just such a work--more a theological meditation on the scientific worldview than a book of pure science, it utilizes a developmental perspective of creation, combined with insights from the early church fathers and the tradition of Christian mysticism, to bring some sense to the question of suffering. It's a challenging book to read, especially if you're not up on your Irenaeus and Teilhard de Chardin--but well worth the effort. The other books reflect the startling intersections of physics and cosmology with Christian belief, particularly the works of Polkinghorne and Davies. Polkinghorne himself was a theoretical physicist at Cambridge University before he followed a call to the Anglican priesthood, and his books powerfully illustrate the compelling harmony between physics and Christian doctrine.

We are people of "two books," as the early church fathers sometimes liked to say--the dual volumes of God's revelation: the Bible and the natural world. If you're only studying one, you may still be missing out.
Email ThisBlogThis!Share to TwitterShare to FacebookShare to Pinterest
Labels: Book Review, Recollections
Newer Post Older Post Home