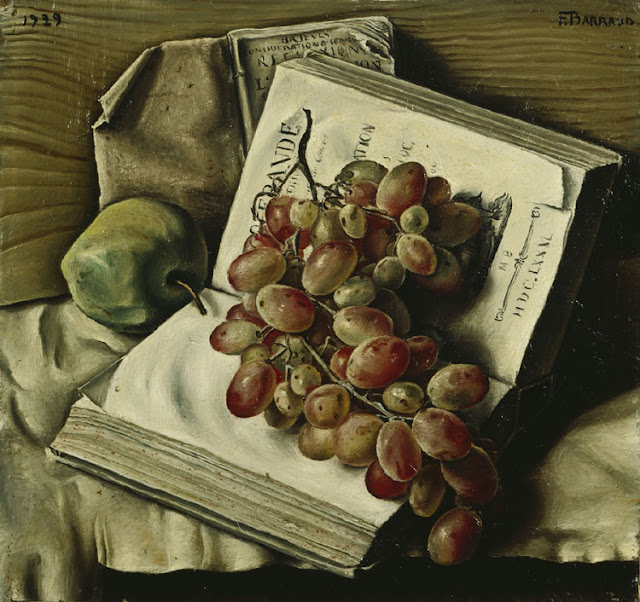 Here's another area of literature, just as in fiction, where I'm far more keen on the 19th century than I am the 20th or 21st. I love poetry--it's like music for the soul, and truly good poetry speaks to me in the voice of my deepest mystical instincts. Snippets of poetry have become the mottoes and anthems of my life's adventures. But, unfortunately, much contemporary poetry is rather too dark, and too dismissive of the basic beauties of the poetic tradition (such as meter and rhyme), such that I find it only rarely appealing. That's probably nothing more than a matter of personal taste, but, as Pascal said, "The heart has its reasons which reason knows nothing of," and for me that means that I love old poetry and usually detest new poetry. Unfortunately, this also means that my own poetry (in addition to being held back by my rather obvious limitations as a poet) will never be regarded as being of great literary quality, because it rhymes too much and rarely broods on depressing subjects.

But I adore the Golden Age of English poetry--the Romantic and Victorian periods, where good poets were the rock stars of their society, and new releases of poetic works were received with the anticipation of a new Star Wars movie. (I think I would have fit rather well in that society.) Tennyson has always been my favorite, and his justly-adored popular poems, such as "Ulysses" and "The Charge of the Light Brigade," have long been go-to sources of inspiration for me (the ending of "Ulysses" is so good that it merits memorization and frequent recitation); and his Idylls of the King are simply beautiful. Longfellow is another of my favorites, fondly admired for being a Mainer and a distant relation of mine as well as for the quality of his verse--his Song of Hiawatha is near the top of my list of most beloved poems. T. S. Eliot is growing on me (even though he's from the 20th century!) as a remarkable poet combining faith and artistry. Finally, I've also listed Macaulay's Lays of Ancient Rome, a somewhat lesser-known work, but of high merit, particularly if classical history is of interest to you.

One caveat that I have to include is that appreciation of great poetry is usually limited, unfortunately, to one's own native language--so while I'm sure that Homer and Virgil and Dante and Baudelaire are breathtaking in their grace, and while I've enjoyed translations of their works, I probably won't be able to fully understand the beauties of their verse until I can speak ancient Greek, Latin, Italian, and French like a native. Nonetheless, I'd be remiss in not mentioning them.

18.) Category: Mysticism
Top Pick: Revelations of Divine Love, by Julian of Norwich
Honorable Mentions: Hymn of the Universe, by Teilhard de Chardin; Seeds of Contemplation, by Thomas Merton; The Cloud of Unknowing, 14th-cent. anonymous; The Dark Night of the Soul and The Ascent of Mount Carmel, by John of the Cross; Interior Castle, by Teresa of Avila

As you can tell from my rather lengthy list, Christian mysticism is a large part of my intellectual and devotional life. "Mysticism" is a word that sounds odd and scary if you're not familiar with it; but that's mostly because the Western tradition has intellectualized its doctrine to too far a degree. In point of fact, mysticism and doctrine are two sides of the same coin of everybody's Christian experience (and the Eastern Christian tradition has done a much better job of keeping them together). Mysticism refers to the experiential reality of the Christian person's journey with God, of those almost-ineffable qualities and processes of a soul's slow formation into the likeness of the image of Christ. Mystical literature, then, is that which focuses on this "interior" dimension of Christian experience, and particularly on the upward progress of a person's spiritual journey toward greater union with God. In some of the literature, this is accompanied by visions, but that's not an essential element--it is characterized more by a focus on prayer and divine union than anything else.

My favorite work in this regard is Revelations of Divine Love, a breathtakingly beautiful reflection on the love of God written in the midst of a time of almost unbelievable suffering (the Hundred Years' War and the Black Death). It also incorporates a wildly hopeful view of the final judgment, of God's great work yet to come, restoring all things and making "all things well." My life has been so enriched by this book that it cannot really be fully expressed. Julian of Norwich is too often under-appreciated by evangelicals (even though the much-admired evangelical writer A. W. Tozer went so far as to laud Julian as being his "girlfriend"). A familiarity with her works would prepare the soil of evangelicalism to consider certain elements of classical Christian theology that we've largely lost (such as the hope of an optimistic final restoration for all things and a sense of divine union as being the goal of our spiritual ascent). Julian is probably now best read in a translation, since her English is archaic to modern ears--I'm now using, and very much enjoying, the John Skinner translation.