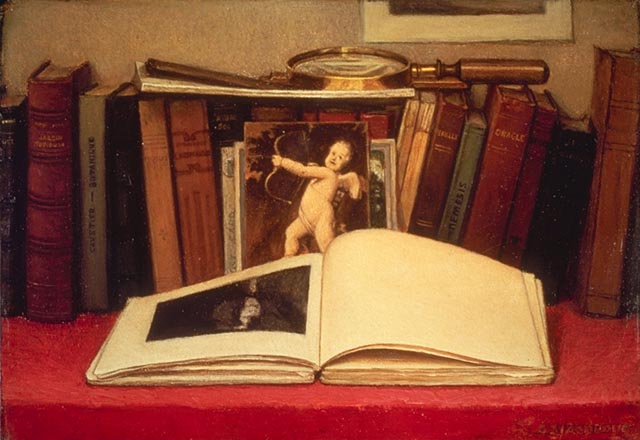 While I was in seminary, one of my professors made it a point to push back against the technological-progressive assumptions of our culture--he prohibited computers and personal devices from the classroom, and made it a graded assignment for us to go on a "media fast"--the voluntary deprivation of entertainment from TV, computers, or other technological media. While I've always had a latent Luddite streak in me (for instance, I decided during my teenage years that I wasn't going to bother with computer games, and that I would choose to write stories rather than watch videos for my primary entertainment), it was this experience that awakened in me the realization that there was a place in our society for a necessary prophetic voice cautioning against the excesses of our media addiction.

On that professor's recommendation, I picked up a book written about the dangers of television in the 1980s--Neil Postman's Amusing Ourselves to Death--and found that, startlingly, it hadn't lost any of its urgent relevancy. If anything, it had prophetically foretold the dangers of media addiction even before the rise of PCs and the Internet, and was more relevant than ever in its observations. The basic tenet of Postman's school of cultural criticism is the maxim from Malcolm Muggeridge, "the medium is the message." That is to say, there's an assumption in today's society that it is the content of a TV show or an Internet site that needs to be our main concern, while the medium (the TV or Internet itself) is simply neutral; but Postman and Muggeridge argue, rather, that we must be cognizant of the inherent shaping influences of the medium itself, to the point of claiming that the form of the medium has an ultimately stronger impact on social culture and intellectual development than the content itself does. This idea surprised me at first, but after a bit of reflection, I found it to be alarmingly true. This idea remains a centerpiece of the practical philosophy that I use to approach my daily life in our technology-saturated society. (And if you want to read any of my reflections of technological mediums, you can do so here.)

As I've already said in this series, fiction has been a major influence in my intellectual life, but not usually contemporary fiction. Rather, reading the "classics" of Western fiction (and here I'm using "classic" in the colloquial sense, not referring to the Classical Age of history) has been the centerpiece of my reading habits in the past few years. This wasn't an easy journey to engage on--after being forced to read novels regarded as literary classics in my high school English classes, and being largely underwhelmed by the experience (with the exceptions of Brave New World and Johnny Got His Gun), I wasn't keen on subjecting myself to literary torture again.

But, little by little, I began to pick up the classics, and found that they are regarded as classics for very good reasons--they are usually books of intellectual substance and high stylistic merit, and they've stood the test of time. Though most men of my type (intellectual men of faith) seem to prefer, far and away, the works of Fyodor Dostoevsky (particularly The Brothers Karamazov), I've never relished sitting down with a tome of Dostoevsky--I've appreciated sections of his novels as high examples of mystical and philosophical literature, but not so much as novels. Rather, his contemporary, the great Leo Tolstoy, appealed very much more to me. Though immensely long, Tolstoy's novels are possessed by a keen eye for characterization (and particularly for the little quirks of personal behavior, even of the minutiae of facial expressions) that make his characters seem breathtakingly lifelike. He also doesn't hesitate to write about deep issues of religious conviction, even of conversion--a topic usually eschewed in most literary fiction--which led me to enjoy, to a far greater extent than most seem to, his late novel Resurrection.

I've also added Moby Dick and Bleak House to my list of recommendations: the former is especially compelling when read in an allegorical perspective (see, for example, the poem I wrote on it); the latter, though unfortunately a lesser-read work of Dickens, has a marvelously winsome protagonist and a deeply interesting, multi-layered plot. So, bottom line: if you're going to read some fiction, why not start with something that a century's worth of readers have agreed is more than worth a read?
Email ThisBlogThis!Share to TwitterShare to FacebookShare to Pinterest
Labels: Book Review, Recollections
Newer Post Older Post Home