Atheists Attempt the Love of Wisdom


Earlier posts in this series on agnosticism/atheism can be found here, here, and here. 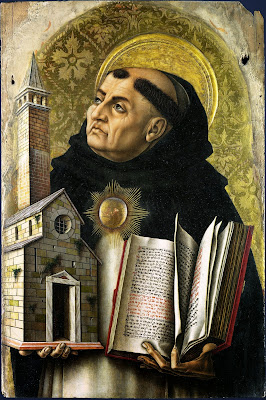 Observation #3 (How Atheists Fail at Philosophy): Full disclosure—philosophy is a weaker field for me than is theology or history, so here I lean on the authority of some of the philosophers I’ve read in depth, most of them hailing from the classical period (Plato, Aristotle, Lucretius, Boethius, and later Thomas Aquinas), as well as what I’ve gleaned of modern philosophy during my academic studies.

There was a season in my life where I was wrestling with serious doubts about the Christian faith. I was working through many of the same intellectual issues that others in that same position face: reconciling scientific discoveries with the way we’ve been taught to read the Bible, questioning whether the Bible can be read as “infallible” or “inerrant,” tortured by the problem of evil, and all this accompanied by a long drought in my personal experience of God. My intellectual momentum at that time was all going one direction: away from the faith. But there were a few things that kept me grounded: my mystical sensibilities, my understanding of the range and depth of good theology, and, most of all, my desire, which remained pointed, often in blind hope, in the direction of the beauty of God.

But during that journey, I was surprised that of all the intellectual defenses of the faith that I read, searching for something that sounded remotely persuasive, it was the philosophical ones that I had the hardest time discounting. Especially powerful were arguments that made a significant case for the existence of God simply on the basis of logic alone. I wasn’t expecting them to be convincing, but they were—remarkably so. And here’s where the “new atheists” tend to underestimate the Christian tradition once again.

There tend to be two criticisms of recent atheist attempts in the field of anti-Christian philosophy. The first has to do with atheists’ attempts to pick apart the classic proofs for the existence of God, of which there are several prominent ones that have been around in various forms throughout the ancient and medieval worlds; these are still actively debated today. In general, the new atheists are critiqued for not having done their homework very well and for having failed to understand the philosophical force behind the arguments. In a few cases, the new atheists have quite obviously not bothered to study the actual terminology which Aquinas uses in his arguments for the existence of God; and so their rebuttals of those arguments fall short because they haven’t even understood what Aquinas was saying. (For more on the continuing force of such arguments, read Robert J. Spitzer’s New Proofs for the Existence of God or Michael Augros’ Who Designed the Designer?).

The second criticism is that these new atheists often try to make the natural sciences work overtime for them, and, particularly in the field of cosmology, tend to wander into scientifically-untestable speculations about ontological metaphysics rather than physics itself (for example, the much-noted remarks of Stephen Hawking regarding the idea that the universe simply created itself). And yet, despite this affinity for scientific study, they seem reticent to make an honest and cumulative social-science study of miracles within the Christian experience. Miracles, of course, are untestable under laboratory conditions, but social-science studies could make effective use of the reported data that exists, some of it well-documented. (A good exposition of miracles can be found in Craig Keener’s monumental study, Miracles.)

Another main topic of concern in the field of philosophy is the problem of evil, but I won’t deal with that here, since it’s one of the main concerns of my “95 Theses,” regularly posted here on Saturdays.

There are other failings we could talk about here, but I think I’ll leave it at that. For Christians reading this, know that you have little cause for worry if you hear atheists making statements about theology, history, or philosophy that sound like they might be serious arguments against Christianity. In the vast majority of atheist literature that I’ve read, this simply isn’t the case. For any atheist/agnostic readers, my best advice would be to do your homework well, do it respectfully and not in a spirit of disdain, looking not to cherrypick faults but to truly understand the Christian tradition, and to present your views in a spirit of winsome humility. (These are rules, incidentally, that I try to follow myself, whenever I research the views of atheism, Islam, Buddhism, or Native American religions, all of which I’ve studied in some depth.) In polemics, as in life, the best rule is simple: do unto others as you would have them do unto you.