Glimpses of Grace: God Hangs Out with Abraham 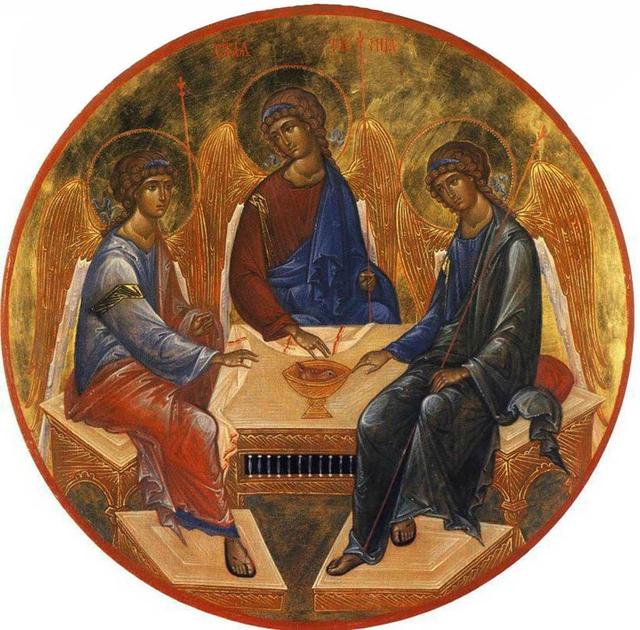 The story of Sodom and Gomorrah's destruction, along with Lot's escape, is the main concern of Genesis 18-19 (in which the first chapter contains God's dialogue with Abraham regarding the fate of those cities). There are some obvious parallels with the Christian Gospel, such as the destruction brought on as a penalty of sin. Lot's escape shows the grace of God, rescuing from wrath those who respond to the offer of redemption and who follow Christ out of sin and into a new life.

But Genesis 18 also contains an interesting theophany--that is, an appearance of God. As we've mentioned several times already in this series, it is always worth reading the text very carefully, because sometimes the action stated is not actually the same as what we are picturing in our heads. Whenever I read this story as a young man, I tended to gloss over the obvious physicality of the presence of God. Rather, I pictured Abraham's dialogue with God as constituting a man debating with a disembodied voice. But, no, this story is very clear that God has actually shown up in physical form, and Abraham can see him and talk to him. Once again, this sort of appearance has often been taken in the Christian tradition to signify a pre-Incarnation appearance of the Son of God, who is the self-expression of the Father towards mankind, "the image of the invisible God."

Here's the scene: Genesis 18 opens by saying that the LORD (that is, Yahweh) appeared to Abraham at Mamre. It then immediately goes on to describe how this appearance manifested itself: "Abraham looked up and saw three men standing nearby." At this point, the reader might be justly confused. Are the three men separate from the Lord who just appeared, or is the Lord one of them, or is he somehow all of them? The text doesn't say. Abraham greets them as "lords," which could be taken as a reference either to human or divine beings, so no help there. But as the story goes on, it becomes clear that at least one of these three is God himself. Abraham offers them his best hospitality, and while they are eating, one of them mentions, in an offhand way, the immanent fulfillment of God's promise to bring a natural heir to Abraham. Sarah overhears this and laughs, and the man who spoke before now speaks again, and is clearly identified as God himself: "Then the LORD said to Abraham, 'Why did Sarah laugh?'"

After they eat together, Abraham and these three visitors get up and walk toward a place where they can look down toward Sodom and Gomorrah, and the LORD reveals to Abraham what he is about to do. In the process of this movement, however, it becomes clear that of these three visitors, only one bears the title and character of "the LORD" (that is, Yahweh), while the other two are referred to as "the men" or "the messengers/angels" (see v.22, 19:1). These two go on down toward Sodom, while the third visitor, still clearly identified as "the LORD" (v.22), stays back with Abraham. It's clear that God's presence is not just a disembodied spiritual reality, but a person, since "Abraham remained standing before the LORD" (and there's even a strong textual variant of this verse that has the Lord standing before Abraham rather than the other way around). So while Abraham and God are debating about the number of righteous people in Sodom vis-a-vis the fate of that town, God is actually standing right there beside him. This is backed up in the final scene of that chapter, v.33: "When the LORD had finished speaking with Abraham, he left."

As already mentioned, this is taken as a Christophany--an appearance of Christ before the incarnation. It also inspired one of the most famous pieces of Christian art ever created, the medieval Russian iconographer Andrei Rublev's Old Testament Trinity (pictured above), which portrays the three visitors at Abraham's table and infers that they are the members of the Trinity. Now, while the story itself only directly implies that one of the three visitors is divine (thus making the other two angels in all probability), the artistic tradition has taken the liberty of representing the oneness of the Trinity by making all three visitors appear as members of the Godhead. This story, then, has become a visual centerpiece for the faith of many millions of Christians throughout history, portraying the unity, character, and purpose of God two thousand years before Christ himself came.
Posted by Matthew Burden at 5:00 AM