How to Be Miserable in Your Christian Life: Advice for Whizbang Workaholics


How to Be Miserable in Your Christian Life 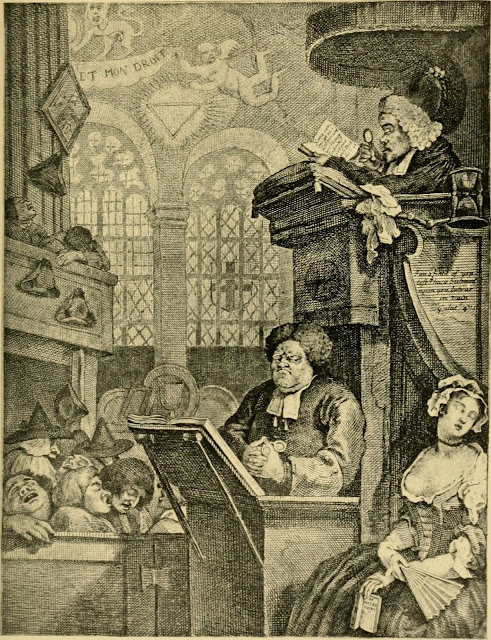 Introduction
Chapter One (Section One)

Chapter One (continued): Just Do What You Like to Do!
(Section Two: Advice for Whizbang Workaholics)

Now, I’ve been speaking mostly to those who, like me, naturally enjoy taking life slow, not pushing ourselves too hard. But I know that there’s another set of folks out there: those who actually like to work, who find that they’re suited to keep going with project after project, and never give themselves time to sit and rest. One must be doing something, being productive, making things happen! If this is an apt description of you, my friend, don’t give in to despair just yet. After all I just said, you might feel like you’re fated to pursue a rigorously self-disciplined Christian life, and so, unfortunately, end up without any hope of being fashionably miserable. Well, I’ve got good news for you: there’s a way out of that trap.

You see, the classic Christian road of growing in holiness has always been understood as a balance: a balance between working toward growth and resting in God’s grace, between discipline on the one hand and simply “abiding in Christ” on the other. The secret to finding misery is to absolutely avoid the end of that spectrum of effort that you’re not quite as good at. So if you’re more prone to be slothful, then go all-in on slacking off, and avoid the work of discipline. But if you’re a workaholic sort, then what you need to do is go all in on the work, and absolutely avoid any intentional practice of resting in God’s grace.

Here’s your gameplan, my self-motivated, always-active friends: you need to seriously take to heart the parts of the message that you hear from preachers where it talks about how seriously God regards sin. (And again, as with the other folks above, you can safely ignore any further subtlety your pastor might try to work into this point.) When once you understand how serious a thing sin is, then you’ll likely develop a deep awareness of your own sinfulness, and a dominant image of God as a perpetually-disappointed father. (If the “Disappointed Father” image doesn’t work for you, there are others, too: try one of my other favorites, “Frowning Judge” or “Hard-Grading Professor”). This will set you very readily on a quick road to Christian misery.

In order to please this implacable God, you’ll work really hard at overcoming your sinful habits through sheer willpower alone. And, marvelously, you’ll fail in spectacular fashion every single time. (The reason for this is that sinful habits aren’t overcome by sheer individual willpower alone; but for our purposes here, since we’re aiming for a bit of misery, we’ll just set that aside for a moment.) This will create a self-sustaining cycle of (1) sinning, (2) hating yourself for sinning, (3) promising God that you’ll do better next time, and then (4) sinning again. Talk about a surefire road to misery! It doesn’t get much better than that.

Now, you might be tempted to include Scripture and prayer as part of your program of spiritual self-flagellation, but it’s generally safer not to. For some Christians, they might be able to fit their Bible readings into their overall scheme of trying vainly to earn God’s favor, and they might be able to keep their prayers at the agonizing level of perpetual self-pity—but most Christians who try that road eventually wind up letting a little bit of grace in the back door. And if that happens, your misery is a goner.

Here’s a cautionary tale for you: the famous leader of the Protestant Reformation, Martin Luther, was one of these grind-it-out-and-hate-yourself kind of Christians, and boy was he miserable! But then he started studying the Bible in-depth, and you know what happened?—he became one of the most unfashionable, wild-eyed fanatics in all of history. So be careful about the Bible.

Better than Scripture reading and prayer, then, is a steadfast program of trying to fight your sinful habits, all alone, by your own force of will. This will come naturally to you, because you’re a worker, and you’re geared to try projects like this. So just go all-out and work on your sin as hard as you can. The truth is, you might actually see some progress in gaining a bit of discipline over your sinful habits. But even if you do, don’t worry—just hold onto an overriding mindset of trying to please your deeply-grieved Heavenly Father and an acute awareness of your own sinfulness, and that will keep you in the sweet spot of popular Christian misery.

For you spiritual workaholics, though, you have to be careful to avoid any subversive message of “resting” or “abiding” in Christ. Following those roads will quickly lead you off your preferred course. There are several classic Christian writers who harp on this point a little too fervently—François Fénelon, Madame Guyon, and Andrew Murray, just to name a few. Their works might not put in danger those Christians who are already prone to enjoy a little bit of resting, but they are kryptonite to workaholic Christians seeking to confirm their justification through their own fervent efforts. Any idea that you should simply quiet your mind, rest in what Christ accomplished for you, and just drink in the love of God—run away from such things! They’ll make quick work of dispatching your miserable Christian lifestyle and replace it with a rich contentment that (clearly) very few Christians are choosing nowadays.
Email ThisBlogThis!Share to TwitterShare to FacebookShare to Pinterest
Newer Post Older Post Home