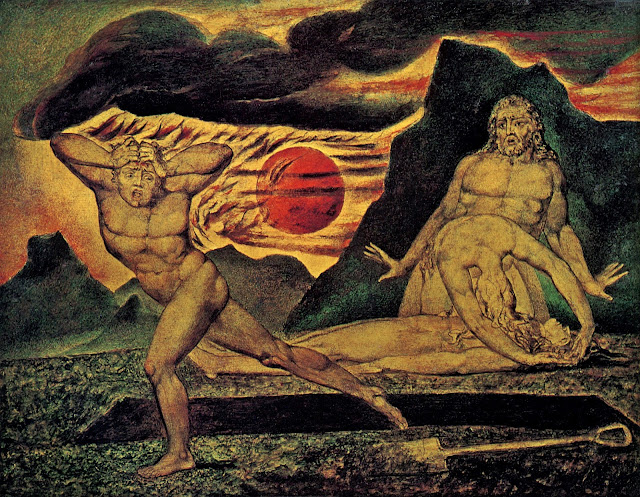 
The human condition – Human beings are a part of God’s creation of the natural world, and so we are— like all animals, plants, stars, and angels—creatures (Gen. 1). However, Genesis records God’s special intentionality in the creation of humanity—that we are made in the image and likeness of God (1:26-27). This sets us apart from all other creatures, both physical and spiritual. As God’s “image,” we were created with a spiritual character that allows us to grow into the communicable attributes of God himself—goodness, mercy, wisdom, love, and so on. We also display abilities for reason and creativity that further set us apart from the animal world and which reflect the nature of God himself. Further, Genesis makes clear that we were called to be ruling beings—to administrate God’s created order and so to represent the reign of God in both the physical and spiritual world (1:28; 2:15). As such, humans are invested with an almost unimaginable dignity—each one is valuable beyond any other priceless treasure in creation, and all have the capacity and the call to grow into people of remarkable holiness. Tragically, humanity as a whole has not embraced either its identity or its calling. From the time of our earliest ancestors, as Genesis once again relates, we have chosen to say “No” to God, to choose ourselves and our own kingdoms rather than Him (Gen. 3:1-7). We call this choice “sin,” by which we mean any transgression, or any failure to reach the mark, of God’s sovereign purpose for us. The results of sin have brought about what is known in theology as “the Fall,” of which we can highlight several elements. (1) Because sin is fundamentally a refusal of God, humanity is cut off from the relationship with God which was the fountainhead of the grace that enabled us to grow in our likeness to the character of God. With that empowering grace cut off because of our own choices, humanity becomes essentially hardwired with a predilection toward further sin. This is what we call mankind’s “fallen nature,” which all humans inherit simply because they are part of the rebel race and share in human nature together (Ps. 51:5; Rom. 5:18-19). (2) Because human nature itself (apart from Christ) is now fundamentally oriented towards sin, any further relationship with God is ruled out. Without this, humanity lost the hope of everlasting life and suffered death—not just physical death, but spiritual death—the loss of the participation in God’s grace, in which human nature becomes truly alive (Gen. 2:17, 3:23; Jn. 3:36, 5:24; Rom. 5:12). (3) It places us more directly under the power of evil, portrayed in Scripture as the person of Satan. Sin, since it breaks our relationship with God, leaves us open to other influences than those of grace, and the spiritual powers and social structures of evil take advantage of this openness. Thus, when we chose to rebel against God, we in effect placed ourselves under the flag of the enemy’s camp. Satan’s rebel kingdom, though, does not recruit humans to be governors or soldiers; it only makes us slaves (Heb. 2:14-15). As such, because of the Fall, humanity was in need of three things: the healing of our nature from the disease of sin (including atonement for our individual sin-acts), deliverance from death, and freedom from the external powers of evil. All these things were accomplished for us in the incarnation of Christ, in his death on the cross, and in his resurrection.
Posted by Matthew Burden at 5:00 AM