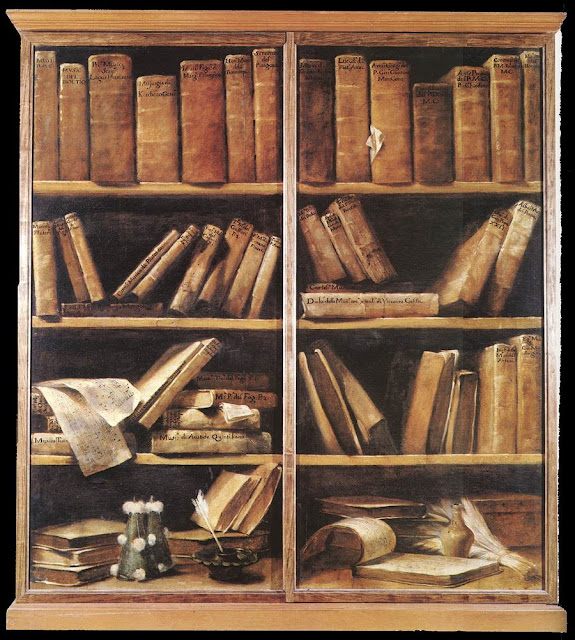 I'm sometimes asked for book recommendations, but the truth is that all my recommendations, while hopefully reflecting something of the innate value of a book, are also deeply rooted in my subjective personal experience. So, for my Friday essays during these summer months, I'm going to be giving some brief book reviews and recommendations by relating the works that have been most influential in the various stages of my life.
Click here for Parts 1-3 of my Autobibliobiography

Other than theology, history is the field of study that holds my deepest abiding interest, to the degree that my go-to plan of life, if I ever happen to leave the ministry, would be to enter academia as a historian. I've always loved history, and in my younger days it was the history and culture of the ancient and medieval worlds that most fascinated me. When I was towards the end of my high school years, I came across a thick, rather scholarly tome called The Barbarian Conversion, and it became the first serious work of history I ever read. It was the story of how Christianity advanced, via missionary labors, missteps, and slow diffusion, across the continent of Europe during the late-classical and early medieval periods--and thus it combined history with two of my other great loves: theology and Christian missions. Since then, I've always kept my nose in a book of serious history, and I'm currently pursuing additional graduate studies in the field of church history. There is a depth of wisdom in knowing where we come from, in following the paths of the Gospel through other times and other cultures, that simply cannot be found anywhere else. The history of the church is the story of our family. It ought to be known, treasured, and celebrated.

One cannot long dive into the reading of history without getting one's feet wet in what historians call "primary sources"--the documents produced by those who lived in past periods of history. And one cannot long dive into the reading of devotional theology (such as the works of Tozer and Chambers that I commended last week) without picking up a volume of one of the many "devotional classics" that so enrich the long landscape of Christian history. I came to my first experience of these priceless treasures in an unusual way: in my senior English class in high school, we were assigned Aldous Huxley's hauntingly predictive novel, Brave New World. There's one scene in that dystopian nightmare that caught my attention: one of the leaders of that world, tasked with keeping harmful influences at bay, revealed that he kept two books perpetually locked away, for fear that if they ever found a reading, they would shatter his carefully-constructed, mindlessly hedonistic society: the Bible and The Imitation of Christ. I had never heard of the latter title before; but after reading that passage in Brave New World, I went out and bought a copy. I discovered that it is one of the most prominent devotional classics in the entire Christian tradition, and deservedly so--it possesses a simple, heartfelt wisdom that cuts straight past our subconscious defenses, that disarms our excuses and guides us--forcefully at times, gently at other times--into a radically authentic Christian life. It has become the most often-read book on my shelf, but every time I read it, I come away feeling that I don't read it nearly often enough.