Heroes of the Faith: The Judsons & the Burma Mission 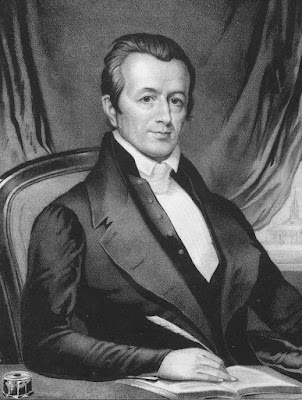 (Click here for an introduction and other installments of this series)
Lecture audio: The Judsons & the Burma Mission
(click here to listen or download)
“As servants of God we commend ourselves in every way: in great endurance; in troubles, hardships, and distresses; in beatings, imprisonments, and riots; in hard work, sleepless nights and hunger; in purity, understanding, patience and kindness; in the Holy Spirit and in sincere love; in truthful speech and in the power of God; with weapons of righteousness in the right hand and in the left; through glory and dishonor, bad report and good report; genuine, yet regarded as imposters; known yet regarded as unknown; dying, and yet we live on; beaten, and yet not killed; sorrowful, yet always rejoicing; poor, yet making many rich; having nothing, and yet possessing everything.”  – 2 Corinthians 6:4-10
Adoniram & Ann Judson: Basic Facts
- Adoniram Judson (1788-1850) was part of the first group of foreign missionaries sent out from North America, and founded the first long-term Protestant mission to Burma (Myanmar). Burma at the time was a powerful and xenophobic Buddhist empire, seen as the most dangerous mission territory in the Far East. (For a complete assessment of his missionary work, click here to read my paper on the subject, posted in four sections on this blog.)

- Judson and his wife Ann suffered through the constant threat of persecution, multiple waves of tropical diseases, the deaths of their two children, and a long imprisonment in a Burmese jail, all for the sake of making a few converts from among the ever-suspicious Burmese.

- Over the course of his four-decade ministry in Burma, Judson translated the entire Bible and created a Burmese-English dictionary.

- Although starting out as a Congregationalist, Judson became a Baptist and soon was a regarded as a Baptist hero and a celebrity in the US. 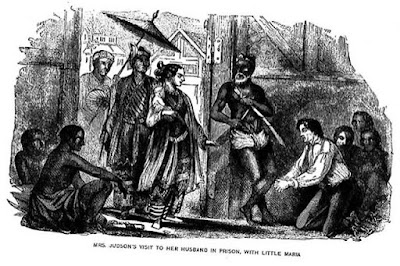 Themes of Judson's Life and Ministry:
Faith and Doubt – Judson, a pastor’s son, had a period in college where he gave up his faith and became a Deist (belief in a Creator, but nothing else). He was brought back to faith through a chance meeting with a deist friend who was on his deathbed. Throughout his life, he would go through dark periods of questioning and depression, but he never lost his faith again.

Trust in God’s Providence – Judson and his friends had to help build the infrastructure of support for sending foreign missionaries from America. Even though the system often failed, Judson never lacked for food or resources during his mission in Burma.

Perseverance – For the Judsons, giving up and going home was never an option, though many other missionaries in their situation did that very thing. They felt that they were called by God to this work, and that the salvation of even just one Burmese was worth it all.

Ambition and Humility – Judson knew his mission would give him a place in history; at the beginning, it may have been one of his driving motives. By the end of his career, when he realized that he was a celebrity in the US, he knew only too well how unworthy he was.

Suffering – In the Christian life, suffering is the cost of true discipleship—but God is still with us.
Quotes:
“The future is as bright as the promises of God.”

“I can assure you that months and months of heart-rending anguish are before you, whether you will or not. Yet take the bitter cup with both hands, and sit down to your repast. You will soon learn a secret, that there is sweetness at the bottom.”

“The motto for every missionary, whether preacher, printer, or school-master, ought to be: ‘Devoted for Life’.” 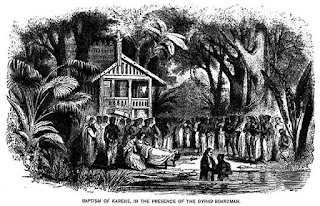 George & Sarah Boardman:
- The Boardmans, from Maine and New Hampshire, joined Judson’s Burma mission in 1827. They began to evangelize the Karen people, an isolated native tribe living in the hill country, and they met with vast success. The Karen, because of their folk traditions, were well prepared to receive the Gospel. George passed away early in the mission, but Sarah continued on for years, eventually becoming Adoniram Judson’s second wife.
Posted by Matthew Burden at 6:11 AM