Heroes of the Faith: Zinzendorf & the Moravians 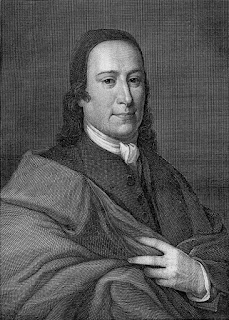 (Click here for an introduction and other installments of this series)
Lecture audio: Count Zinzendorf & the Moravians
(click here to listen or right-click to download)
“You will receive power when the Holy Spirit comes on you; and you will be my witnesses in Jerusalem, and in all Judea and Samaria, and to the ends of the earth.” – Acts 1:8
Count Zinzendorf & the Moravians: Basic Facts
- Count Nikolaus Ludwig von Zinzendorf (1700-1760) was a German nobleman who gave refuge to a group of Moravian refugees. Together, they formed the community of Herrnhut (“the Lord’s Watch”), which launched the first great modern missions movement.

- His family and early schooling brought him under the influence of the Pietist movement, which emphasized a more heartfelt, emotive spirituality rather than the intellectual, dogma-driven faith of Lutheranism at the time.

- The early years at Herrnhut were marked by conflict and division, but under Zinzendorf’s leadership, the community came together to form a committed fellowship marked by love, constant prayer, and a passion for missions. 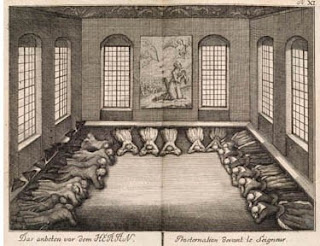 Love for Christ - Zinzendorf’s spirituality was entirely Christ-centered. As a young boy, he wrote love-letters to Jesus and flew them out the tower windows of his family castle.
Love for One Another - The Herrnhut community developed a system of small-group “families” within its church. In the Moravian settlements in North America, they included Native Americans and black slaves as equals.

Prayer - The Moravians launched a 24-7 prayer watch in their community which lasted for more than a hundred years.

Missions - Early Moravian missionaries went out with no resources, willing to sell themselves into slavery for the chance to bring the Gospel to the slaves of the West Indies.
Quotes
“I have but one passion: it is He, it is He alone. The world is the field and the field is the world; and henceforth that country shall be my home where I can be most used in winning souls for Christ.”

“I have loved Him for a long time, but I have never actually done anything for Him. From now on I will do whatever He leads me to do.”

“Our method of proclaiming salvation is this: to point out to every heart the loving Lamb, who died for us, and although He was the Son of God, offered Himself for our sins... by the preaching of His blood, and of His love unto death, even the death of the cross, never, either in discourse or in argument, to digress even for a quarter of an hour from the loving Lamb: to name no virtue except in Him, and from Him and on His account, to preach no commandment except faith in Him; no other justification but that He atoned for us; no other happiness but to be near Him, to think of Him and do His pleasure; no other calamity but to displease Him; no other life but in Him.”

Moravian missionaries, on leaving Denmark to sail to the West Indies: “May the Lamb receive the reward of His suffering!”
A Moravian Assessment of the Missions Movement 60 Years after Its Beginning: 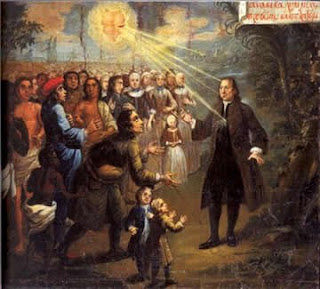 “The simple motive of the brethren for sending missionaries to distant nations was and is an ardent desire to promote the salvation of their fellow men, by making known to them the gospel of our Savior Jesus Christ. It grieved them to hear of so many thousands and millions of the human race sitting in darkness and groaning beneath the yoke of sin and the tyranny of Satan; and remembering the glorious promises given in the Word of God, that the heathen also should be the reward of the sufferings and death of Jesus; and considering His commandment to His followers, to go into all the world and preach the gospel to every creature, they were filled with confident hopes that if they went forth in obedience unto, and believing in His word, their labor would not be in vain in the Lord. They were not dismayed in reflecting on the smallness of their means and abilities, and that they hardly knew their way to the heathen whose salvation they so ardently longed for, nor by the prospect of enduring hardships of every kind and even perhaps the loss of their lives in the attempt. Yet their love to their Savior and their fellow sinners for whom He shed His blood, far outweighed all these considerations. They went forth in the strength of their God and He has wrought wonders in their behalf.”
Email ThisBlogThis!Share to TwitterShare to FacebookShare to Pinterest
Labels: History
Newer Post Older Post Home