Heroes of the Faith: William Tyndale 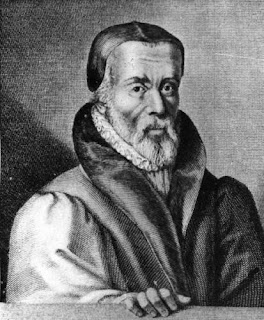 (Click here for an introduction and other installments of this series)
Lecture audio: William Tyndale
(click here to listen or right-click to download)
“For the word of God is living and active. Sharper than any double-edged sword, it penetrates even to dividing soul and spirit, joints and marrow; it judges the thoughts and attitudes of the heart.”  – Hebrews 4:12

“And we have the word of the prophets [that is, the Scriptures] made more certain, and you will do well to pay attention to it, as to a light shining in a dark place, until the day dawns and the morning star rises in your hearts.”  – 2 Peter 1:19
William Tyndale: Basic Facts 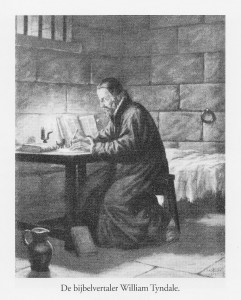 - William Tyndale (1492-1536) was one of the driving forces of the English Reformation. A priest who became convinced by Luther’s arguments for salvation by grace alone, he dedicated his life to making the Bible available to the English people in their own language. Up to that point, only Latin had been allowed in church services, and many of the clergy did not even understand it. The only previous attempt at translating the Bible into English had been carried out by John Wycliffe, but his followers, the Lollards, were being hunted down and executed as dangerous extremists. Tyndale himself would also face persecution, and, ultimately, martyrdom, for his work.
- Tyndale’s translation of the New Testament, though a banned book in its own day, eventually became the basis of the King James Version (which preserves 90% of Tyndale’s own wording).
Timeline of Tyndale's Life and Ministry:
1515 – William Tyndale completes his MA degree at Oxford and is ordained as a priest.

1516-1517 – During these years, two notable events happened in other places in Europe that would change the course of Tyndale’s life. In 1516, Erasmus of Rotterdam published a scholarly edition of the New Testament in Greek, giving educated men the opportunity to read the Bible in its original language. The very next year, Martin Luther took his stand for reform in the Roman Catholic Church by posting his revolutionary “95 Theses.”

1521-1523 – Tyndale, now under the influence of the Reformation, begins teaching at Little Sodbury and gets into disputes with priests, many of whom are ignorant of the Bible.

1524 – He seeks the patronage of Bishop Tunstall to translate an English Bible, but Tunstall, worried about the instability of the Reformation, refuses. So Tyndale goes to Germany.

1525 – He begins printing his first draft of an English New Testament in the city of Cologne; but he is discovered and the print shop is raided; he escapes with only a few printed portions.

1526 – Now in the city of Worms, he completes his first printed edition and begins smuggling copies into England; they immediately become popular.

1527 – In an effort to stop Tyndale, Bishop Tunstall purchases all available copies of the New Testaments and has them burned. Ironically, though, his purchase merely goes to finance Tyndale’s updated second edition, which quickly becomes available in England.

1527-1530 – English agents (sent by the bishops) try to hunt down and capture Tyndale in Europe; but he keeps moving, always one step ahead, and he keeps writing theological tracts and working on his translation. By 1530, his translation of the Pentateuch is available in England.

1530-1533 – King Henry VIII, impressed by one of Tyndale’s tracts that Anne Boleyn passed on to him, seeks to employ Tyndale as a propagandist; but Tyndale refuses to leave his translation work. He goes even farther, specifically condemning Henry’s divorces in another theological tract. At this point, the king’s chancellor, Sir Thomas More, begins attacking Tyndale in writing, and the king sends his own agents to capture the translator.

1534 – Tyndale takes refuge in the Reformation-sympathetic town of Antwerp, in the Netherlands. He receives the protection of a wealthy English merchant family there. 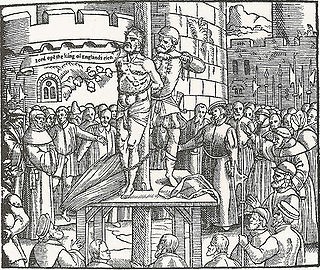 1535 – Henry Phillips, a ne’er-do-well agent of the king, finds Tyndale and befriends him under the pretense that he too is a Reformation sympathizer. He tricks Tyndale into walking into an ambush, where he is arrested, then taken and thrown into prison.

1536 – During his fifteen months of incarceration, he continues writing theological treatises. Finally, after a perfunctory trial, he is publicly executed by strangling, and then his body is burnt at the stake. His dying prayer is, “God, open the king of England’s eyes.”

1537 – In a startling answer to that prayer, less than a year later, King Henry VIII approves the distribution of a new English translation of the Bible, put forward by Miles Coverdale but largely consisting of Tyndale’s own work. King Henry decides that he wants an English Bible in every church.
Quotes from William Tyndale
“Christ is with us until the world's end. Let his little flock be bold therefore.”

“For if God be on our side, what matter maketh it who be against us, be they bishops, cardinals, popes, or whatsoever names they will?”

To an ignorant priest: “If God spare my life, ere many years I will cause a boy who drives the plough to know more of the scriptures than you do.”