Heroes of the Faith: Thomas à Kempis and the Early Reformers 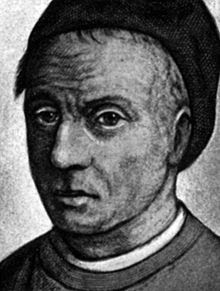 Whoever wants to be my disciple must deny themselves and take up their cross daily and follow me.  – Luke 9:23

Do nothing out of selfish ambition or vain conceit, but in humility consider others better than yourselves.  – Philippians 2:3

- Reform movements began appearing across Christian Europe throughout the 14th and 15th centuries. Some of these (like Wycliffe’s and Hus’ movements) dared to criticize the institutions and official practices of the Roman Catholic church—they were declared heretical and are now seen as forerunners of the Protestant Reformation. Other movements, like the “Devotio Moderna,” of which Kempis’ Imitation of Christ is an early representative work, remained within Roman Catholicism and aimed at a reformation of personal piety and holiness.

- John Wycliffe (1328-1384) was an English philosopher and theologian who inspired a movement of lay preachers, the Lollards, which tried to initiate biblically-centered reforms. He was also a pioneer of the first Bible translation into English.


- Jan Hus (1369-1415) was a Czech priest who criticized the practice of papal indulgences. His ideas inspired the German reformers of the 16th century. He was burned at the stake by church authorities.

- Thomas à Kempis (1380-1471) was a relatively unknown monk and a member of the Devotio Moderna movement, founded by Geert Groote. They emphasized the practices of inner holiness, prayer, and humility as a means of reforming the Roman Catholic church from within. Kempis is probably the author of The Imitation of Christ, perhaps the most widely read devotional book from all of Christian history. It was written in the Netherlands around 1420, and has remained tremendously influential to this day.

Selections from The Imitation of Christ

On Humility:
It is great wisdom and perfection to consider ourselves as nothing and always to judge well and highly of others….We are all frail; but think of yourself as one who is more frail than others.

You will make no progress in the interior life until you regard yourself as lower than everyone else.

It is better to lead a hidden life and care about one’s salvation than to neglect it and work miracles. 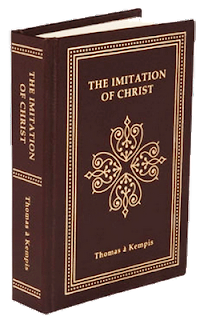 On Relationships:
If God dwells among us then we must sometimes relinquish our own opinion for the sake of peace. Who is so wise as to be able to know all things? Therefore, rely not too heavily on your own opinion, but listen to the ideas of others as well. Your opinion may be a good one, but if, for God’s sake, you set it aside and follow that of another, you will profit the more.

Be patient in bearing the imperfections and weaknesses of others, no matter what they may be, just as others have to put up with your faults. If you cannot remake yourself in the way you would like, why, then, do you expect another to fashion himself according to the pattern you set for him?

Don’t have your peace depend on what other men might say about you. Whether they interpret your actions rightly or wrongly, you still are what you are.

Everyone enjoys living in peace and love with those who think the same as they do, but if you can live in peace with those who are difficult, obdurate, and undisciplined, ah, that is a great grace, a courageous and praiseworthy deed.

On Making Spiritual Progress:
If you want to understand Christ’s words and relish them fully, you must strive to conform your entire life to his.

If you only knew how much peace you can give yourself and how much joy you give to others by living as you should, I think you would show greater interest in your spiritual progress.

Progress in the spiritual life does not consist so much in the possession of the grace of consolation as it does in the following: being able, with humility and patient resignation, to live without it, not becoming lazy with regard to your prayers, nor giving up the devotional exercises you are accustomed to perform.

Bear the cross cheerfully and it will bear you.