Heroes of the Faith: The Church of the East 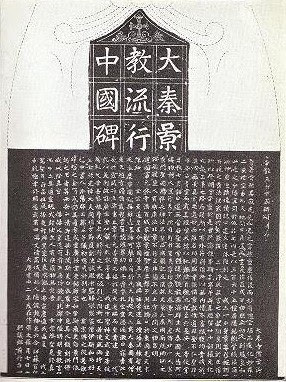 After Jesus had been born in Bethlehem in Judea, during the time of King Herod, Magi from the east came to Jerusalem and asked, “Where is the one who has been born king of the Jews? We saw his start in the east and have come to worship him.”  – Matthew 2:1-2

You must be on your guard. You will be handed over to the local councils and flogged in the synagogues. On account of me you will stand before governors and kings as witnesses to them. And the gospel must first be preached to all nations.  – Mark 13:9-10

Babai, Timothy, and the (Nestorian) Church of the East 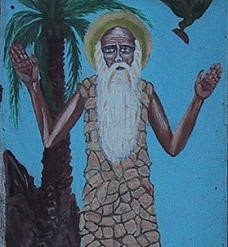 - Babai the Great (551-628 AD, pictured) was a prominent theologian and instrumental leader of the Church of the East during the final years of the Sassanid Persian Empire. His writings clarified the theology of the eastern church and his efforts kept the church strong in an era when it was suffering renewed persecution.

- Timothy the Great (reigned as Patriarch 780- 823 AD) guided the Church of the East during its Golden Age. Leading from his church in Baghdad, Timothy held debates with the Muslim caliph, organized a program of scholarly translation which gave the Arab world the resources of classical science and philosophy, and encouraged the missionary expansion of the church further in India, Tibet, China, Mongolia, Arabia, and central Asia.

Notable Events in the History of the Church of the East:

c. 40 AD – According to tradition, the apostle Thomas undertakes an eastern mission to India, where he plants churches (the Mar Thoma churches) which still exist to this day. Around the same time, Addai, one of the wider circle of Jesus’ seventy itinerant missionaries, takes the Gospel to the east Syrian kingdom of Edessa.

1st-3rd centuries – The Gospel, taken along trade routes into Mesopotamia and Persia, flourishes greatly there. At this stage, there is little persecution from the Parthian rulers of the Persian Empire, who allow religious toleration. But in the mid-200s, the Sassanid dynasty takes over and chooses Zoroastrianism as the sole official religion.

4th century – When the Roman Empire, the traditional enemy of the Persians, officially adopts Christianity as its religion, the Sassanid Persian Empire begins a bloody persecution of Christians within its borders, far more fierce and thorough than any persecution that Christians suffered under the Romans (upwards of 500,000 Christians killed by some estimates).

5th century – The Church of East had always looked to Antioch as its leading church, both in hierarchy and theology. But when the councils of Ephesus and Chalcedon were held, the Church of the East found its theological heroes (Theodore of Mopsuestia and, to a lesser degree, Nestorius) being derided and condemned. The Church of the East did not agree to the Chalcedonian Creed (preferring the Antiochene position which placed more emphasis on the dual nature of Christ than on his personal unity), and they broke communion with the Roman Catholics and Greek Orthodox (both of whom accepted Chalcedon) and with the Egyptian Coptic Church (which stuck to the Alexandrian position emphasizing Christ’s unity). They raised their own leading church, in the city of Seleucia-Ctesiphon, to the level of a patriarchate (making it equal to Jerusalem, Rome, Constantinople, Alexandria, and Antioch).

6th century – Still under fierce persecution by the Sassanid rulers, the Church of the East (sometimes called the Nestorian Church in this period) was unable to elect its own leaders unless the emperor allowed them to. Into this gap stepped the great leader Babai, who shepherded the churches in the absence of a patriarch. He also outlined the Christology of the Church of the East, which held tight to the theology of its Antiochene heroes, but, as Babai made clear, was actually pretty much in line with what the other churches believed too.

7th century – The Christian East Roman Empire and the Sassanid Persian Empire had exhausted themselves by fighting a fierce, decades-long war of attrition. At just this time, the Arab tribes rose up around their new religion, Islam, and were able to step into the power gap and conquer much of the Middle East for themselves. Suddenly the Church of the East was under new overlords—the Muslim caliphs who reigned from Damascus and Baghdad. At the time, this was actually a change for the better, bringing them far more respect and far less persecution than they had faced under the Persians. 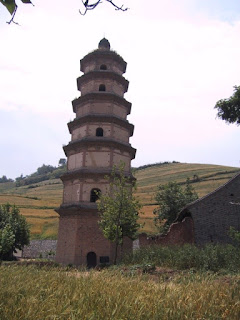 8th century – This was one of the high points for the Church of the East. Under Timothy, their missionaries penetrated to eastern China and introduced the Gospel in a culturally sensitive fashion there. They began working on preserving and translating Greek classical manuscripts into Arabic, setting the stage for the great Islamic cultural heyday under the Abbasid Caliphate.

9th-13th centuries – The Christian population of the Middle East stands firm and continues to provide the scholarly foundations for much of Islamic civilization. Their missionaries take the Gospel all the way into central Asia. By the time the Mongol hordes enter the world scene, many of Genghis Khan’s own family and courtiers are Christians.

14th century – The Church of the East suffers a dramatic and tragic collapse, brought on by the onset of the Black Plague, increasing persecution from Muslims, and the bloodthirsty ravages of the warlord Timur the Lame (aka Tamerlane). Under these pressures, the Church only remained vital and strong in northern Mesopotamia and India.

16th century – Some of the Church of the East breaks off and joins the Roman Catholic communion, becoming the Chaldean Catholic Church, still in existence in Iraq.

21st century – Suffering extreme anti-Christian persecution from Muslims because they are lumped together with Americans, whose foreign policy is resented in the Middle East, many Church of the East Christians have gone into exile (the patriarch now resides in Chicago).

[Timothy the Great’s explanation of how Jesus can be the Son of God, and what the Trinity is]: “Jesus was born from a virgin as man, but from God he was born as light is born of the sun, and as a word is born of the soul.” And the Trinity is like a 3-denarius coin: “one in its gold, that is to say, in its nature, and three in its persons, that is to say in the number of the denarii.”

[Babai's Creed about Christ's Nature]: "One is Christ the Son of God, worshiped by all in two natures; in His Godhead begotten of the Father, without beginning before all time; in His humanity born of Mary, in the fullness of time, in a body united; neither His Godhead is of the nature of the mother, nor His humanity of the nature of the Father; the natures are preserved in their substance, in one person of one Sonship. And as the Godhead is three substances in one nature, likewise the Sonship of the Son is in two natures, one person. So the Holy Church has taught."

Lessons for Us from the History of the Church of the East: 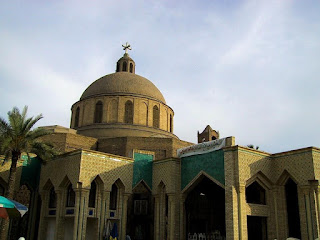 1.) Contrary to the popular misconception today, the entire Middle East and North Africa are actually part of the historic heartlands of the Christian faith. For more than a thousand years, Egypt, Syria, Mesopotamia (Iraq), and Persia (Iran) were some of the most thoroughly Christian nations in the world. The Euro-centric view of Christian history is thus largely false. There are still substantial Christian populations in many of the Middle East nations today, who have never relinquished their faith in the face of the Muslim majority.

2.) Of course, today the vast majority of the inhabitants of those countries are Muslims. This is a good reminder to us that the Kingdom of God is not about individual nations. It’s about a movement of people from all nations who put their faith in Christ. With this view of history, it is possible that a future generation of Americans will turn our country non-Christian or even anti-Christian. But the Kingdom of God will continue to move forward nonetheless.

4.) Back in the first millennium AD, it was the most heavily persecuted church (the Church of the East) that proved to be the most powerful missionary force on earth. It took the Gospel to China, Tibet, India, and central Asia nearly a thousand years before European Christian missionaries arrived. Today, a similar pattern is emerging: the persecuted church in China is set to become a far more influential missionary force in the world than the free churches of America and Europe. As the early church father Tertullian wrote, “The blood of the martyrs is the seed of the church.”

5.) The Church of the East was notable not just for its missionary outreach, but for its piety and its scholarship. Many of the positive parts of the early Islamic empire came from Christian scholars (such as helping to preserve and disseminate the great works of Plato, Aristotle, and the Greek scientific thinkers, in an age when European society had lost them completely). Even the shape of Muslim mosques and the manner of their prayers were adopted from Church of the East customs.
Posted by Matthew Burden at 5:00 AM