Heroes of the Faith: Basil of Caesarea 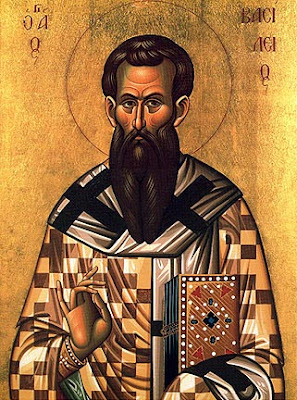 “I will send [the Holy Spirit] to you. When he comes, he will convict the world of guilt in regard to sin and righteousness and judgment….When he, the Spirit of truth, comes, he will guide you into all truth. He will not speak on his own; he will speak only what he hears, and he will tell you what is yet to come. He will bring glory to me by taking from what is mine and making it known to you. All that belongs to the Father is mine.”  – John 16:7b-8, 13-15a

- Basil the Great (330-379), also known as Basil of Caesarea, was one of the leading lights among the church fathers. He is one of a group of three church leaders known as “the Cappadocian Fathers” (the other two being his brother, Gregory of Nyssa, and his best friend, Gregory of Nazianzus), named for the province of Asia Minor (now Turkey) where they lived. Together they were as central to Christianity in the East as Augustine was in the West. Basil’s greatest legacies are his theological triumph of defending the divinity of the Holy Spirit and his work in founding communal monasticism in the East.

- Basil benefited from a tremendous family of faith. Both sets of grandparents were Christians who had undergone severe persecutions for the faith (one grandmother was a martyr), and Basil’s parents were faithful believers as well. Of the ten children in the family, five are now honored as saints. The influence of Basil’s oldest sister, Macrina, was particularly strong in his life. 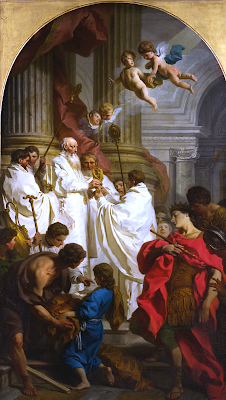 Timeline of Basil's Life and Ministry


349-355 – As a young man, Basil is sent to study philosophy, theology, and rhetoric in Constantinople and Athens. While studying, he meets a fellow Cappadocian, Gregory, and they become lifelong friends. He also becomes friends with Julian, a member of the royal family.

356 – Back in his hometown of Caesarea (in Cappadocia), he works as a teacher of rhetoric. But under the influence of his sister Macrina, he decides to devote himself to the religious life.

357 – He travels to Egypt, Palestine, Syria, and Mesopotamia to study under the desert fathers.

358 – Basil founds a semi-monastic retreat near his old family estate and begins living a life of voluntary poverty. He gives all he has to the poor, and takes in orphans and the sick whenever they come to him. He starts traveling with a group of friends and founds monasteries, hospitals, and houses of refuge all over Asia Minor.

359 – Attends a church council in Constantinople, but is dissatisfied with the creed it produces. He leaves without signing the new statement of faith.

361 – Julian, his old college friend, becomes emperor and invites Basil to join him at the royal court. But Julian has announced that he is no longer a Christian, so Basil declines.

362 – Eusebius, the bishop of Caesarea, forces Basil to become a priest.

365 – Another new emperor, Valens, ascends the throne. He is a Christian, but is devoted to the heretical Arian sect (which didn’t believe that Jesus was co-equal in divinity with God the Father). Basil returns to Caesarea to engage in public debates against Arianism, and he triumphs.

368 – A massive drought and famine strikes; Basil devotes himself to the care of the needy.

370 – Bishop Eusebius dies and Basil is elected, by the narrowest of margins, to replace him. He is already the leading voice of orthodoxy in the East, but he faces daily opposition from his fellow bishops in Asia Minor, many of whom wanted an Arian.

371-372 – Basil and Emperor Valens have a showdown and Basil stands his ground. Valens finds that even he cannot restrain the popular and brilliant bishop. This marks the beginning of the end for the Arian heresy within Christianity—Basil finishes the fight that Athanasius began a generation before.

374-379 – Basil continues fighting until his death against other heresies that deny the divinity of the Holy Spirit. He appeals regularly for help from the Western churches, but they refuse to listen. He faces opposition and libel from every corner, including fellow bishops and former friends, but he doesn’t back down. He reforms the priesthood in his area (which had become exceedingly lax), oversees the beginnings of communal monasticism, writes a liturgy which is still in use, and issues numerous theological writings. 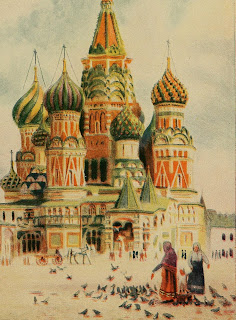 “O human, you are a ruling being. Why do you serve the passions as a slave?”

“What is Christianity? Likeness to God as far as is possible for human nature.”

“Glorify your Creator. For you came to be for the sake of no other thing except that you be an instrument fit for the glory of God.”

“Troubles are usually brooms and shovels that smooth the road to the good man's fortune; and many a man curses the rain that falls upon his head, and knows not that it brings abundance to drive away hunger.”