Heroes of the Faith: Nikolaus of Myra (St Nicholas) 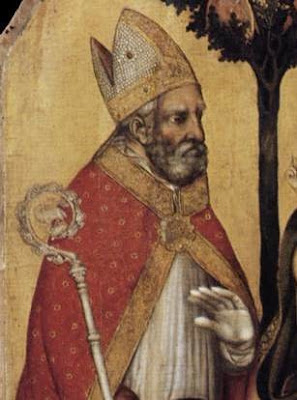 God loves a cheerful giver. And God is able to make all grace abound to you, so that in all things at all times, having all that you need, you will abound in every good work….You will be made rich in every way so that you can be generous on every occasion, and…your generosity will result in thanksgiving to God.  – 2 Corinthians 9:7b-8, 11

When [the Magi] saw the star, they were overjoyed. On coming to the house, they saw the child with his mother Mary, and they bowed down and worshiped him. Then they opened their treasures and presented him with gifts of gold and of incense and of myrrh.  – Matthew 2:10-11

- Nikolaus of Myra (270-343) was a bishop of the early church in Asia Minor during one of its most pivotal eras. He led his church through the severe persecutions under Emperor Diocletian, and he was also active in combating the Arian heresy. He is most well-known, however, for his radical generosity and his work of protecting and providing for children.

- Nikolaus, like many of the heroes of the early church, is surrounded by almost-mythical stories of miracles and wonders. (This sort of tradition is known as “hagiography”). We do know a few of the historical truths behind the stories, but it is the stories themselves that have secured his place in history. Though he was not as prominent as the most notable figures of his own day (like Antony or Athanasius), he is perhaps the most well-known of them all today, through his modern incarnation as “Santa Claus.” He is also remembered as a treasured saint in most of the liturgical Christian denominations.

The Life of Nikolaus

- Nikolaus was born into a faithful Christian family, but his parents died when he was still young. He grew up under the protection of an uncle, and early on he showed signs of extreme devotion—fasting twice a week, spending long hours in prayer, and practicing radical generosity. 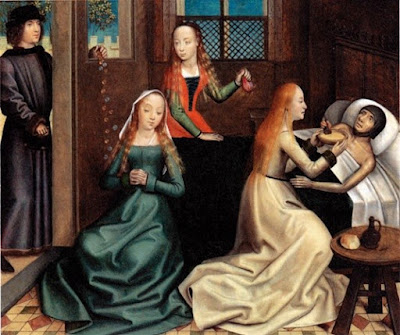 - One of the most famous stories comes from when Nikolaus was a teenager. A poor man living in Myra could not afford to support his three daughters nor provide them with dowries, though they were now of marriageable age. His last resort would have been to put one of them at work in prostitution in order to provide for the other two. Nikolaus heard about this and anonymously tossed a bag of gold into the man’s window. He did this three times, one for each daughter, so that all three were provided for. (Like most ancient anecdotes, there are a few variants to the story, depending on who’s telling it. One variant has Nikolaus depositing the money in a stocking left hanging in the window; another has him dropping the final bag of gold down the house’s chimney.)

- As a young man, he decided to give up his family’s inheritance and live in a nearby monastery. But it wasn’t long before God made it clear that his calling was to be a priest, not a monk. A few years later, when he was around 30, the bishop of Myra passed away, and the other bishops in the area were trying to decide who to put into the vacant position. The Lord spoke and told them to consecrate as bishop the first priest who walked through the cathedral doors the next morning; it happened to be Nikolaus.

- Soon after he became bishop, the church was plunged into the greatest persecution it had yet faced—the Great Persecution under Emperor Diocletian. Nikolaus was thrown in prison and tortured, like many other clergy. In fact, there were so many monks and priests in jail that there was no room for the criminals to be put there.

- After Emperor Constantine (a Christian) gained the throne, he called the Council of Nicea in 325 to help the church settle the question of Arian theology (which was proposing that God the Son was not equal with God the Father, but was a created being). Nikolaus attended the Council, but he lost his temper when Arius himself got up to speak, and Nikolaus punched him in the face. (Though most of the other bishops probably approved of this, Nikolaus was nonetheless given a reprimand.)

- A number of other miracle-stories are attributed to Nikolaus (saving sailors by calming a storm at sea, raising three murdered boys from the dead, multiplying a shipment of grain to feed his famine-starved city, etc.), but it’s hard to judge how historical they might be. All we know for sure is that he was highly-regarded by his fellow clergy and his own parishioners for his kindness, generosity, and care for the poor. During an age when the Roman imperial court was starting to provide massive benefices to churches, Nikolaus, instead of building a bishop’s palace for himself, gave most of it away through anonymous gifts to the poor and needy.

The Celebration of Christmas throughout Church History:

- The first written evidence we have of Christmas being celebrated comes from the 4th century, but it’s clear that the event itself had been in practice for quite some time by then. As far as we know, it was always celebrated on Dec. 25 or Jan. 6. John Chrysostom, the famous church father, addressed concerns that the date had simply been borrowed from a pagan festival (honoring either Saturn or Sol Invictus), by showing that the biblical chronology of Elizabeth’s and Mary’s pregnancies actually do leave us with a date for Jesus’ birth around the end of December. Although some of the trappings of the holiday (like evergreen trimming and Yule logs) have pre-Christian origins, the celebration itself was always clearly a Christian holiday: “Christ’s Mass.” 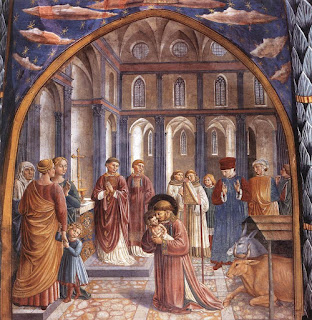 - During the Middle Ages, more attention was often given to Epiphany (Jan. 6) than to Christmas itself. But some of our traditions do go back to this period—caroling and gift-giving in particular. In the 13th century, the great saint Francis of Assisi brought some prominence back to Christmas itself by popularizing the “nativity scene” as a Christmas custom.

- From the late Middle Ages to the 18th century, Christmas in western Europe became a bit of a rowdy carnival, full of drinking, carousing, and lewd behavior. For this reason, many of our Protestant forebears did not celebrate the Christmas holiday.

- In the 1800s a “Christmas Reformation” occurred, driven largely by Charles Dickens’ novel A Christmas Carol, which actually turned it from a public festival to a family holiday. It was also in this period that Christmas trees were popularized by Queen Victoria and her family.
Email ThisBlogThis!Share to TwitterShare to FacebookShare to Pinterest
Labels: Devotional Reflections, History
Newer Post Older Post Home