Philosophy Begins in Wonder: The Return of Theism to the Academy 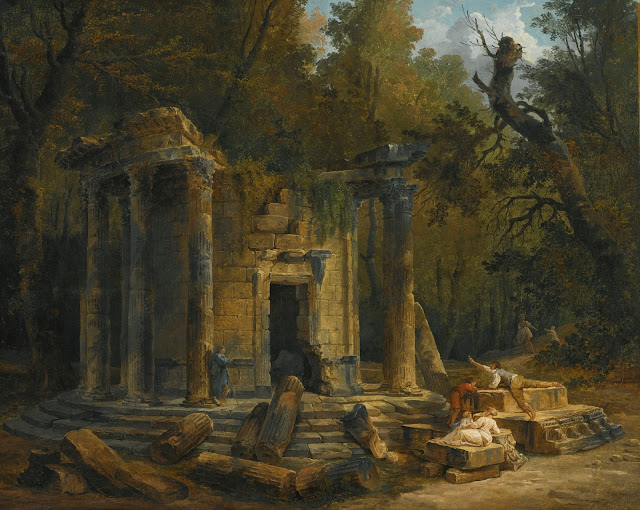 (Painting: "The Temple of Philosophy," by Robert Hubert, 18th cent.)

This is the continuation of a series of articles on the current spread of Christianity, with a special focus on some surprising contexts. The other articles are:

Is Christianity in Danger of Vanishing?

Isa Al-Masih and the Christian Revival in the Muslim World

My Grace Is with You: Christ's Call to India Bears Fruit

From Beyond the Rivers of Cush: Africa's Christian Explosion

Proclaiming Good News to the Poor: Revival in Latin America

Much Greater Riches: A New Wave of Christian Belief among Jews

Many Will Come from the East: The Explosive Growth of the Church in China

God and the Good Republic Come Riding Back in Arms: The Surprising Persistence of Christian Faith in the Secularizing West

Something rather remarkable has been happening, largely out of sight, in the halls of secular academia: Christian belief, which in many fields had been stigmatized as the baldest form of stupidity, has been making a startling comeback. That's not to say that it was ever really gone: in many institutions of higher learning, despite all the academic posturing against Christianity, there have often been believing scholars in their midst, laboring away in their fields with quiet diligence. Despite what you may have heard, there have always been Christians among the philosophers, scientists, and social scholars in our universities. But from the mid-to-late twentieth century, and on into the twenty-first, there has been a pervasive academic subculture in many fields that regards Christianity unfavorably. That's now starting to change, little by little.

To give just one remarkable illustration, consider this: in 1955, a book called New Essays in Philosophical Theology was published. It was the summit of an atheistic movement in philosophy that had succeeded in winning nearly the entire field for the cause of atheism. There were very few seriously-regarded theist philosophers at the time. ("Theist" means a person who holds a philosophical belief in a God, the opposite of an atheist.) The book was packed with essays by some of the most influential atheist philosophers in the world, and was edited by two of the foremost: Anthony Flew and Alasdair MacIntyre, the first of whom was even referred to as "the atheist pope" at one time. The remarkable thing is that both of these men have, in the six decades since, renounced atheism and become theists. Anthony Flew made headlines a few years ago by coming out with a book called There Is a God. Alasdair MacIntyre has done more than merely joined the philosophical theists: he has become a Christian, and his writings in Christian philosophy are some of the most important works of our time. His conversion came in an ironic way: he became convinced of the truth of Saint Thomas Aquinas' Christian philosophy while he was trying to disprove it to his students. In any case, these two leading atheists of a generation ago are now both theists. And they're not alone.

Before we get any further, though, we need to take a moment to put the overwhelming atheism of the academy in context. Anti-Christian feeling in the universities has not been without cause; it has been matched, with equal if not greater fervency, by a pervasive anti-intellectualism in many circles of American Christianity. Many Christians have unfortunately decided that philosophy and science do not need to be taken seriously, and as a result have often fallen into believing that certain much-debated fringe elements of doctrine are the immutable center of Christian orthodoxy. This isn't the only reason why philosophers and scientists treat Christianity with scorn, but it is one of the major ones. All that to say: we can't just wag our fingers at those godless scientists and philosophers for being so anti-God: we are the ones who encouraged them to take those positions, by so often being scornful of the classic academic disciplines and so unwilling to enter into serious rational conversations regarding the doctrines we uphold. (For more on this particular point, see Mark Noll's book The Scandal of the Evangelical Mind). 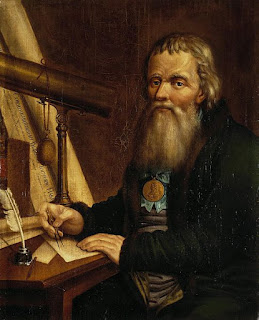 But let's get back to the remarkable shifts in science and philosophy over the past few decades. The number of Christian believers in the sciences has been small, largely due to the evangelical disparagement of science (as a result, far too few evangelical kids decide to pursue academic study in the natural sciences). In some fields, Christians have often been well represented, and even secular scientists in those fields will speak of their disciplines in tones of mysticism: particularly in cosmology, theoretical physics, and the emerging sciences dealing with the phenomenon of consciousness. One has only to read Paul Davies' The Mind of God to get a sense of the wonder with which these disciplines are imbued. Noted atheist/agnostic cosmologists like Stephen Hawking and Neil deGrasse Tyson may talk the loudest, but they are far from the only voices out there: many of their colleagues are wrestling honestly with the startling beauty and sheer unlikelihood of our universe, trying to come to terms with its (dare I say?) apparent craftsmanship. One noted Oxford physicist, John Polkinghorne, was so struck by the evidence for God in his scientific field that he took up a second career as an Anglican priest. In the biological sciences, such voices are often harder to hear: these disciplines tend to be less populated by outspoken Christians. But that's not to say there are none: take a quick glance at this list of notable practicing Christians in the physical sciences; you'll notice that there are several Nobel Prize winners among them. Some scientists have even launched theological efforts, like the BioLogos Foundation, to try to add their expertise (as reputable scientists and faithful Christians) to discussions of evangelical theology.

Now let's consider philosophy. I mentioned earlier that in the mid-20th century, it was almost entirely the preserve of the atheist mindset. No longer. That trend began to turn around with the publication of Alvin Plantinga's God and Other Minds in 1967. Current estimates put theists as comprising between a quarter and a third of all academic philosophers. In the particular field of academic philosophy that deals with the question of the existence of God (philosophy of religion), theists make up nearly three quarters of the scholarly community! While it's true that many of them were already theists before becoming academic philosophers, it's also true that of all the scholars out there who would have the expertise necessary to make a determination about God's existence, it would be them. And they are believers in God, to an overwhelming degree when compared with other academic fields. Atheist philosopher Quentin Smith put it this way: "God is not 'dead' in academia; he returned to life in the late 1960s and is now alive and well...in philosophy departments." Smith also noted that theistic philosophers of religion are so much better versed in the arguments for the existence of God that even a naturalist (that is, an atheist) philosopher "would definitely have to conclude that the theists had the upper hand in every single argument or debate."

This turnaround may come as a surprise to some, because the loudest recent voices on the issue of God, coming out of philosophy and science departments, have been the "New Atheists" of the previous decade: Richard Dawkins, Christopher Hitchens, Sam Harris, and their ilk. They wrote caustic, bestselling screeds against Christianity which gained a wide audience. The only problem is that they were never really taken seriously, not even by atheist philosophers. Theist philosophers, for their part, were simply forced to marvel, over and over again, at just how little these New Atheists understood the academic philosophy of religion, to say nothing of their many obvious misunderstandings of Christian theology. Agnostic philosopher Michael Ruse said of one of them, "Richard Dawkins in The God Delusion would fail any introductory philosophy or religion course. Proudly he criticizes that whereof he knows nothing." Meanwhile, theist philosophers like Alvin Plantinga have continued to advance the serious academic study in their field, and other philosophers, like William Lane Craig, have been producing many accessible and compelling books on the case for thinking that Christianity is reasonably likely to be true. Even in sub-fields like the study of miracles, which had long simply been laughed off as unverifiable nonsense, serious academic scholarship is being compiled from a social science perspective to demonstrate the likelihood of such accounts (see Craig Keener's monumental study, Miracles, regarding both modern social science perspectives on contemporary miracles and biblical miracle accounts). One of the most compelling (but, for some readers, tryingly thorough) overviews of scientific and philosophical arguments for the existence of God was recently published: God? Very Probably: Five Rational Ways to Think about the Question of a God. The scholar who wrote it is neither a philosopher nor a scientist, but in this case that has tended to his advantage: free to be a generalist rather than a specialist, his main work has been in compiling the fruit of many other philosophers' and scientists' specialties, and when taken together, it presents a remarkable, kaleidoscopic portrait of the case for God's existence.

This movement in science and philosophy comes as something of a surprise to some Christians. But it shouldn't. All truth is God's truth. And if philosophers and scientists are honest seekers of the truth, as they contend to be, it is no great shock that they are finding God at the bottom of it all.
Email ThisBlogThis!Share to TwitterShare to FacebookShare to Pinterest
Labels: Apologetics, Church Life, Culture
Newer Post Older Post Home