Glimpses of Grace: The Real Meaning of God's Sabbath-Rest 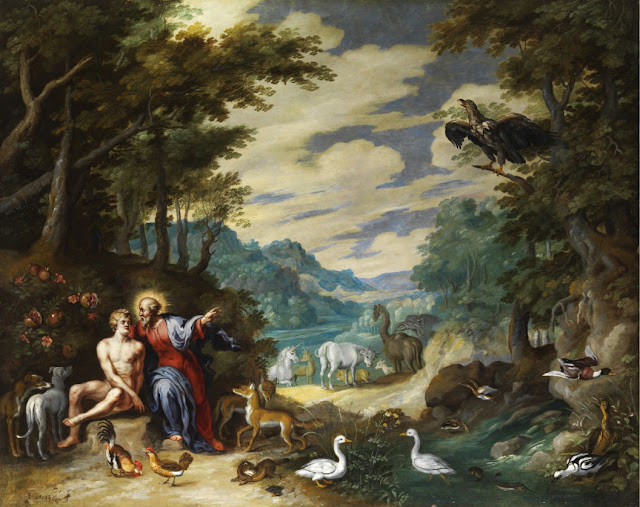 (Click here for all other "Glimpses of Grace" studies)

"On the seventh day God rested."

Many of us are familiar with this line, part of the closing stanza of Genesis' opening account of the world's creation. After six days of creating, God rested from all his work. The passage goes on to say that God blessed the seventh day and made it holy, because that was the day of his rest.

But stop for a moment and ask a very basic question: Why? Why would God have to rest? Did he get worn out from all the hard work of designing a universe? Granted, it does seem a difficult task, but if we believe what Christian theology has taught us, that God is unbounded and omnipotent, then he should be able to create an infinity of multiverses without ever being taxed at all.

Perhaps, one might answer, it's just a poetic way of saying "And then after six days, God stopped creating stuff." It doesn't have to imply that God needed a rest. There's just one problem, though--if the passage only intended to say that God stopped working after six days, it strikes one as a little odd that such significance is poured into the seventh day. "God blessed the seventh day and made it holy," which suggests that there is something important about what God did on the seventh day, not merely a marker of what he didn't do. If it was intended to mark the end of creative activity, we might have expected him to bless the sixth day, not the seventh, just as we celebrate the day of World War I's ending (Nov. 11, Veteran's Day/Armistice Day), not the day after it was done. 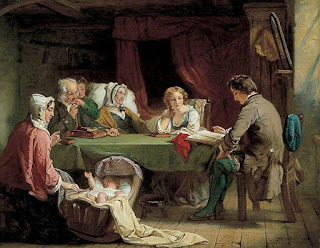 So what's this all about? Another possible answer that sometimes gets put out there is that God rested on the seventh day not for his own sake, but for ours. God knew that it would be spiritually profitable and physically healthy for us to take one day in seven to rest and to spend time focusing on him, and so he inaugurated the Sabbath here at the beginning of time in order that we might have a pattern to follow. There's some merit to this argument. After all, in the Gospels Jesus himself says, "The Sabbath was made for mankind." But there's still some loose threads to this argument. Within the context of the Old Testament itself, it does not seem that God would have had to actually take a Sabbath for himself just in order to make it a permanent practice for humanity. After all, God gives lots of binding laws to his people in the Old Testament, without the practice of performing them beforehand himself. As far as we can tell in Scripture, no one was mandated to follow the Sabbath until Moses was leading Israel out of Egypt, so why couldn't God have just put it down as one of the commandments at that point? Why did he have to do it himself as the closing act of creation? It's interesting to note that when we are commanded to keep the Sabbath in the Ten Commandments, the explicit reason given is not "because it's good for us," but "because God rested on the seventh day." And in many locations in the Old Testament, God describes the practice as "my Sabbath," and as "the Sabbath, holy to the Lord." So despite the good sense that seems to arise from suggesting that the Sabbath-rest of God was always simply meant for us, the Bible itself consistently implies that the Sabbath means something for God; it is done in reference to him. 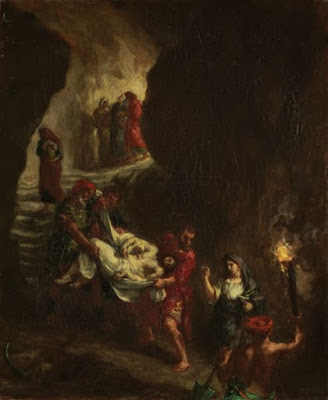 So we come back to the original question: Why did God rest on the seventh day of creation? Several early-church thinkers pondered this very question, and they came up with a startling answer, partly helped by the way that Hebrews 4 re-interprets the "Sabbath" as the blessed rest of God's people in Jesus. The Sabbath is about Jesus and the New Creation, and it always has been. The early church fathers wondered why "God rested on the seventh day," and it occurred to them that there was a parallel event in the Gospels: the one full day that Jesus was dead and buried in his tomb. This was the day of his "rest," after his labors were complete on the cross: the day we call "Holy Saturday" in church tradition (or, to use biblical language, it probably ought to be called "the Holy Sabbath-Day"). Perhaps God rested on the seventh day after creation in order to prefigure and foreshadow the resting of Christ in the tomb on Holy Saturday.

The marvelous thing, though, is that it doesn't end there. When we link the Sabbath to the life and death of Christ, a slight shift in meaning takes place. The Sabbath is no longer an end in itself, a rest for the sake of rest; it now becomes a "pause" before something even bigger: the New Creation. On Sunday morning, the eighth day, Jesus Christ rose from the dead and unleashed the New Creation into the universe. Here and now, in Christ Jesus, God is actively at work re-creating his masterpiece from the inside out, wiping away the stain of sin and making it what it was always meant to be. The process of New Creation walks in reverse from the pattern of the first creation: instead of ending with mankind, it starts with mankind. If a person comes to Jesus Christ, there is the New Creation at work (see 2 Cor. 5:17). Paul even hints in the New Testament that one day not only humanity, but all of creation will share in the liberation from bondage that comes as a result of the New Creation inaugurated by Christ's resurrection (see Romans 8:19-21).

In a sense, then, the Sabbath was God's "pause" in his creative work between the end of the Old Creation and the beginning of his New Creation. It was the period in which, just as Christ was dead on Holy Saturday, mankind was "dead" in their sins and transgressions, before being brought back to life through Jesus Christ. God's Sabbath-rest was anticipatory, just as Holy Saturday was simply a pause that anticipated the real event: the Resurrection and the re-creation of humanity in Christ. This, incidentally, is why the early Christians gave up worshiping on Saturday: not because they thought it was fine to flaunt one of the most specific of the Ten Commandments, but because they realized that the meaning of the Old Testament Sabbath was not really about the Sabbath itself: it had always been pointing to something else, to the next day, the eighth day and the dawning of God's New Creation. So, in honor of the true meaning of Sabbath, they worshiped on the eighth day, the first day of the new week of God's creation: Sunday, in honor of the resurrection of the Son of God. Even in the Old Testament, hints of the Sabbath (which is literally derived from the Hebrew word for "seventh") pointed directly to a further meaning on the eighth day, the day after the seventh. God chose the eighth day of life as the day of covenant-making, the day when baby boys would be circumcised as a sign of entering God's family; just as the eighth day for Christians (the day of Christ's resurrection) signifies our entry into God's New Covenant. In the springtime harvest, it would be the day after the completion of seven weeks (that is, the eighth day of the final week) that was the celebration of the harvest's firstfruits, the holiday known as Pentecost. It is no coincidence that the New Testament uses this language of "firstfruits" when speaking about Christ's resurrection (see 1 Cor. 15:20, 23). Further, it was the fiftieth year (the year after seven complete cycles of seven) in which God's "Jubilee" was to be honored: the year of restoration and liberation. In each of these Old Testament examples, it is the eighth day, or the time after a cycle of sevens is complete, that is the marker for the celebration of God's grace.

The Sabbath, then, was not just rest for rest's sake. It was a foreshadowing of what God was going to do in Jesus Christ. God rested on the seventh day, just as Jesus rested in death on the seventh day. But now we can see that the Sabbath was always pointing forward: it was not an ending, but a pause before the greatest work of all began anew.
Email ThisBlogThis!Share to TwitterShare to FacebookShare to Pinterest
Labels: Biblical Interpretation
Newer Post Older Post Home