Much Greater Riches: A New Wave of Christian Belief among Jews 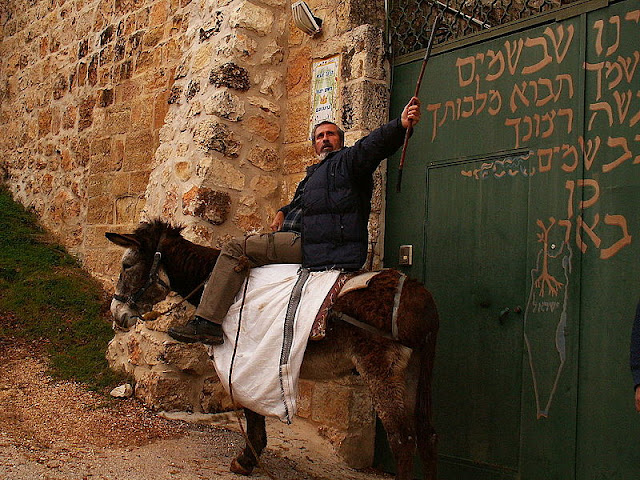 The Christian movement is, in a very real sense, a Jewish movement. We believe in a God who revealed himself in personal relationship with his chosen people, the Jews. We believe this God became incarnate as a Jewish man, fully divine and fully human, with an authentically Jewish cultural and ethnic identity. All of the founding members of the Christian movement were Jews. The Christianity of the first century AD, enshrined in the pages of the New Testament, owes overwhelmingly more to the Jewish milieu than to any other cultural influence.

It stands as one of the great tragedies of Christian history, then, that later generations of Christians were almost entirely non-Jewish. And in some cases, the clear teaching of the Scriptures was warped and perverted to enable violence and hatred of the Jews. This is to our shame. The Apostle Paul makes it abundantly clear in his letter to the Roman church that we are indebted to the Jews and their covenant, and that we ourselves form the new chosen people of which they were always meant to be a part. Now, there have been some historical instances of significant Jewish conversions to Christianity after the first few centuries of the faith, but they were few and far between, and too often motivated by political threats.

Until today. We are living in an age where God is doing something entirely unprecedented in the relationship between ethnic Jews and the church, something that the Apostle Paul could only hopefully yearn towards when he wrote his letter to the Romans. Jews are becoming believers in Jesus Christ as the Messiah at a faster rate today than ever before in history. They are coming into the inheritance that was always theirs, as God calls them into the glorious mystery wrought and revealed by Christ: one people of God, Jews and Gentiles together.

(In these politically fraught times, where unfortunately Jews are again becoming the target of senseless hatred, it is important to note at this point that while we rejoice in Jews accepting Christ as their Messiah, we are not implying that this conversion makes them less Jewish, or that to be a Christian is a better thing than being a Jew. Rather, the categories refer to different things: in an ethnic sense, it is entirely possible to be a Jewish Christian, just as it is entirely possible to be an Anglo-American Christian; it implies no necessary diminution of ethnic identity. The same is true in a cultural-religious sense: it is entirely possible to be a Jewish Christian in the same way that it is possible to be a "Muslim-background believer"--some doctrinal positions will necessarily change upon the adoption of Jesus Christ as one's Messiah, but the cultural-religious aspects of a person's devotion may retain much of one's previous religious culture. All that to say, I am not trying to imply in any way that Jews must become less Jewish in order to become Christians; quite the opposite: since Jesus is indeed the Jewish Messiah, it is rather an act of becoming even more Jewish than one was before. I, too, though a Gentile, am proud beyond words to call myself a child of Abraham, grafted into God's holy people Israel.)

This remarkable movement of Jews becoming Christians, and retaining their Jewish identity even in their new belief structure, began in the 1800s. In England, eastern Europe, and the USA, small pockets of Jesus-following Jews began to pop up and form their own worshiping congregations, usually unaffiliated with established Christian denominations. They retained their Jewish ethnic and cultural identities; even their worship continued to be in the mold of classic Jewish synagogue worship; except now with readings from the New Testament included, and with an outright avowal of Jesus Christ as the Messiah and Son of God. Indeed, though ethnically and culturally Jewish, these movements have always been models of orthodox Christian belief in their doctrine, holding firm to "the faith that was once for all delivered to the saints."

In the 1960s, and particularly in the wake of Israel's victorious six-day war in 1967, the movement of Jesus-following Jews began to gain serious momentum. They spread across the US and started making converts in Israel itself. Little by little, a new name took hold for these groups: Messianic Judaism. They are seen as a legitimate set of Christian churches by their brothers and sisters in Christ, even while most have chosen to retain their Jewish ethnic and cultural identity. Today, there are more than 15,000 Messianic Jews living in Israel, and at least a quarter of a million in the US (perhaps even more: some estimates show upwards of 350,000). The growth rate of evangelical Christianity in Israel is among the highest in the world: 5.6%, dwarfing the growth rate of evangelicalism worldwide (2.6%). Just as a reminder, that growth rate of 2.6% makes evangelical Christianity the fastest-growing religious movement in the world today, so Israel's rate of 5.6% is truly astonishing.

The remarkable thing about this surge of Christian belief among the Jews is just how historically unprecedented it is, particularly considering the fact that much of Jewish tradition is hardened against Christianity (thanks mostly to the latter's perpetual antagonism toward it, for which we have no one to blame but ourselves). Of all the possible explanations for this unlikeliest of revivals, the most persuasive answer I can offer is simply this: we are seeing a mighty work of God in our day, the re-grafting of the natural branches onto the tree of true faith. "Oh, the depth of the riches of the wisdom and knowledge of God!" (Rom. 11:33)

(All images used in this post are either in the public domain or are licensed for use under the Creative Commons Attribution Share-Alike 4.0 International License)
Email ThisBlogThis!Share to TwitterShare to FacebookShare to Pinterest
Labels: Church Life, Culture
Newer Post Older Post Home