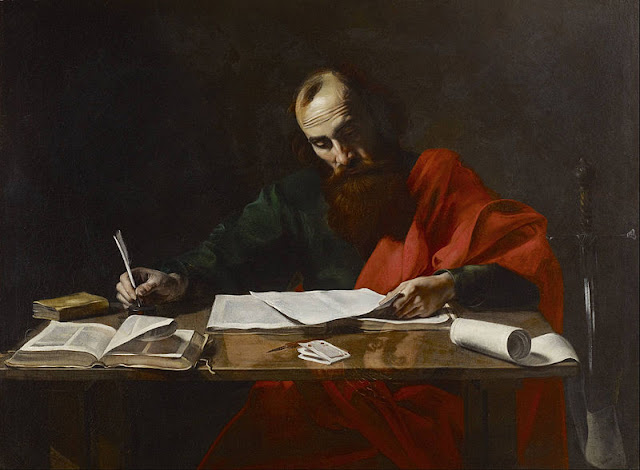 (Note: An earlier version of this article was posted in 2007)

The Christian perspective on writing (or at least my conception of it) is a bit of a twist when compared to the way society regards the craft. First of all, there’s the issue of weaving exclusive truth claims into writing in the midst of a culture that rejects such claims. It will always seem harsh to some, but I don’t think we’ll win people over by trying to pander to their desires for cheap grace. I believe it’s important for Christian writing to be bold, clear, and uncompromising, and that this can be done with grace and good humor. We will not win the world by weakening ourselves, but we can win it by helping people see the rampant joy that undergirds our strength.

Secondly, Christian writing aims for a high standard of the craft, just as the secular world does, but in a different way. The pursuit of excellence for a Christian writer is to bring glory and delight to God in honing and using the skills He has given. For a secular writer, I imagine that excellence in writing is seen as something meritorious in and of itself. A Christian writer would never assume that to be true, because it treads dangerously close to the sin of pride and exalts the gift rather than the Giver. But is it wrong to feel a bit of pleasure and satisfaction for our own accomplishments and hard work in developing our writing skills? No, not usually. But we must always keep in mind that this does not reflect any merit back to ourselves as the first cause. We can feel gratified by our accomplishments, but our eyes always look gratefully up to the One who made those accomplishments possible.

For my own part, writing is a delight, largely because I am the unworthy recipient of unmerited gifts in that area. I come from a long line of writers and poets, and in some ways it seems to be in my blood. I’ve also been nurtured in the craft, encouraged and urged ahead by many in my family and a number of my teachers. If my writing is worth anything, I can’t claim its worth as any merit of my own—it is merely the reflection of the grace I’ve received from the hand of the Lord and the fellowship of my family and friends.

I should also note that the Christian perspective significantly decreases the anxiety of writing—there is no rush or pressure to become the best; merely the patient and joyous marvel of using what we have, to the best of our abilities, to delight the Wonder of our souls. That is no less of a motive to aspire toward excellence in one’s writing; on the contrary, it’s a greater motive. We should aim to be the best writers we can be because we bring glory to God by being good stewards of His gifts.

Thirdly, Christian writing doesn’t share all of the secular world’s standards of what makes a literary work good. Some factors will be the same when seen from either side—beauty, flow, the incorporation of great ideas, and so on. Christians may differ from others as to what constitutes a ‘great idea,’ but the underlying precept of judging literature is basically the same on that mark. What is rather different, however, is the Christian perspective on that one foundational mark which the world uses to judge literature: originality. If a writer comes up with a fresh perspective or mechanism in his work, he is lauded as a ‘creative genius.’

But Christian writers shouldn’t make the attainment of this sort of genius the sole test of their abilities. Certainly there are some Christian writing geniuses in both style and substance. And that’s a good thing, but not the best thing about their writing. The temptation to pursue originality alone is the siren song of our culture, which has idolized newness to such a degree that the beauty of older forms cannot anymore be recognized as beauty by those who have spent their lives quaffing the cheap wine of mere originality. New perspectives can have a lot to teach us, but newness itself is not an inherent virtue. Much of the trouble with modern literature is that originality has been pursued for its own sake, and beauty has suffered for it. For Christian writers, we create not merely to create, but, like our Maker, to be able to create and then look down on what we've made, and see that it is good. Beauty must be at least as central a pursuit as originality; for in the end, all of our originality is, at least in part, an imitation inspired by the work of the one great Artist, and all his works are beautiful.

To use an extended quotation from C. S. Lewis' thoughts on the subject: "In the New Testament the art of life itself is an art of imitation: can we, believing this, believe that literature, which must derive from real life, is to aim at being 'creative', 'original', and 'spontaneous'? 'Originality' in the New Testament is quite plainly the prerogative of God alone; even within the triune being of God it seems to be confined to the Father. The duty and happiness of every other being is placed in being derivative, like a mirrior....An author should never conceive of himself as bringing into existence beauty or wisdom which did not exist before, but simply and solely as trying to embody in terms of his own art some reflection of eternal Beauty and Wisdom....And always, of every idea and of every method he will ask not 'Is it mine?', but 'Is it good?'" ("Christianity and Literature," Christian Reflections).

Everything in Christian writing points back to the beautiful, powerful tradition in which we stand. As Christian writers, even if we are on the crest of the wave, we know that we do not stand alone. We may spin new ways of looking at the message, but it is still the same incomparable message that generations before us have faithfully delivered. The ultimate goal is not to portray life or humanity or anything else in a new way; the goal is to portray it all, whether in hinting themes or forthright exposition, in a faithful way. If it is new in its form or style, all the better, but that is not the highest aim.

I should add that this idea of writing as imitation is neither sterile nor closed. We are speaking of the imitation of God, and God has no boundaries. God has created galaxies that we are only now beginning to see, and we are imitators of that kind of creation. There are an infinite number of stories and angles and forms and means, stretching to boundless horizons that our few millennia of art have barely even begun to imagine. My point is not that originality of style is bad, but that it should not be our goal. Our first goal should always be faithfulness to the shape of the reality we know, based in the character and story of God, and if that faithfulness can be portrayed through insightfully original means, so much the better. But originality itself is not of unlimited artistic worth. Better a well-written story, faithful to truth and beauty and goodness, that makes no attempt at shaping a new movement in literature, than a work in a brilliantly original style that tells the world awry.

Fourthly, Christians will always differ with the secular world as to the worth of a piece of writing. That is, Christians will always take a lighter view of writing—it is something that is certainly important (our faith, after all, is a literary-based faith)—but the worth of any piece of writing is insubstantial in comparison to the value of even one human being. Writing can be an incredible vehicle for powerful truths, a tool of enormous potential, but its greatest purpose does not lie within itself. The greatest end of any human creation is to bring glory to God. A complementary end is the salvation of souls. Whereas the secular world sees a great piece of writing as a beautiful thing in and of itself, Christians can see deeper and know it to be beautiful because it reflects the beauty of the Giver, the Muse. I believe that many of the truly beautiful things which men and women have made will last beyond this earthly age, but they will never be comparable to the people who created them, nor to the people who read them.

It’s worth noting that God Himself chose to carry out His plan and to reveal Himself not simply in lists of precepts and systematic theologies. He showed Himself to us in story form, in the gradual awakenings and intimacies of a personal relationship with real people. Story is at the heart of the Christian worldview, because we are players in the most magnificent story ever composed. So even in this, Christian writers are imitators—we stand in a great tradition of employing storytelling in the conveyance of life-changing truth.

There’s a great deal more that can be said about writing or any Christian art form, but these things must be the foundation—the centrality of truth, beauty, and goodness, and the glory of our Creator.
Email ThisBlogThis!Share to TwitterShare to FacebookShare to Pinterest
Labels: Culture, Writing
Newer Post Older Post Home