Near the end of C. S. Lewis' novel The Silver Chair (book 4 of The Chronicles of Narnia), the heroes of the story are trapped in the underground kingdom of a wicked Queen, who is trying to convince them that all their beliefs in the land above, including Aslan himself (the God/Christ figure) are merely fancies of their imagination. The response to this, given by the character Puddleglum, was a great encouragement to me during my phase of wrestling through agnosticism and doubt, and so I include it here: 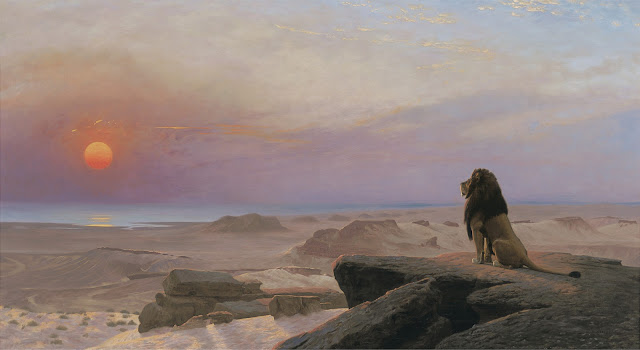 "Suppose we have only dreamed, or made up, all these things--trees and grass and sun and moon and stars and Aslan himself. Suppose we have. Then all I can say is that, in that case, the made-up things seem a good deal more important than the real ones. Suppose this black pit of a kingdom of yours is the only world. Well, it strikes me as a pretty poor one. And that's a funny thing, when you come to think of it. We're just babies making up a game, if you're right. But four babies playing a game can make a play-world which licks your real world hollow. That's why I'm going to stand by the play-world. I'm on Aslan's side even if there isn't any Aslan to lead it. I'm going to live as like a Narnian as I can even if there isn't any Narnia. So, thanking you kindly [...] we're leaving your court at once and setting out in the dark to spend our lives looking for Overland."