My Church's Role in MLK's Formation: The Butterfly Effect in the Kingdom of God

I've been working on my research thesis for the past month or so--it has to do with my church (the Second Baptist Church of Calais, Maine), which is celebrating its 175th anniversary this year. The broad outlines of the church's story are already well-known to many in the congregation, but as I've begun digging down into the details, I've found some surprises. For instance, our church--a modestly-sized congregation in a very isolated, sparsely populated region--appears to have had an outsized impact on race relations here in the USA and on global missions. In its first few decades, it was already sending out missionaries to serve the Lord in some of the most distant, newly opened fields of ministry in the world, like China and Burma. It was also highly active in the abolitionist movement, counting among its members one of the foremost abolitionist novelists in the 1850s. But the most intriguing connection I found was one that no one in our church (including myself) seemed to have been aware of.

One of the historical resources that our church has kept is a list, in outline form, of the pastors of the church, along with a few brief reminisces of their ministry. It shows that we had a pastor, G. W. Davis, who served in the early 1930s (our church being his first pastorate), and who was remembered for two things: First, for being rather short--so short, in fact, that he was obscured behind the pulpit; and second, for a peculiar theological conviction that stood out in the minds of many church members at the time: He was convinced that pacifism was the best Christian practice toward issues of war and conflict, and that nonviolent actions were the most appropriate form of protest against social injustice. Apparently the youth group at our church knew that he was passionately devoted to this idea, and so, whenever they wanted to get him off on a tangent, they would quiz him on the feasibility of pacifism. Those little tidbits constituted the length of the church's memory of him, along with the fact that, after leaving here, he took up another pastoral calling in Ohio.

I decided to poke around and see what I could find regarding this fellow. What I found was rather extraordinary. It seems that G. W. Davis (the G. W. is short for George Washington) did go on to a shorter pastorate in Ohio, and then took a position serving on the staff of Crozer Theological Seminary, which at the time was one of the foremost institutions for the training of American Baptist clergy. It was in this role that he became remembered by history at large. It turns out that one of his ministry students was a young African-American man named Martin Luther King, Jr. A careful study of the resources began turning up some rather remarkable connections. The deeper I dug, the stronger the ties between these two men appeared. King loved to study under Prof. Davis, taking nearly a third of his total credit hours with him, and making use of him as an academic advisor. It was from Prof. Davis that King was first seriously forced to consider nonviolent protest as a powerful and legitimate Christian response to social injustice. Davis guided King through the troubled debates between fundamentalist and Christian-liberal theology, introduced him to a deep consideration of the nonviolent work of Gandhi, to the social-action Baptist philosophy of Walter Rauschenbusch, and to the theological school of "personalism," which King would go on to study at the PhD level. Further, Davis and King kept up a longstanding relationship even after King's departure from Crozer, exchanging letters back and forth for decades afterwards. In short, the historians who commented on this relationship largely credited G. W. Davis with introducing King to all of the major fields of King's later thought and work. 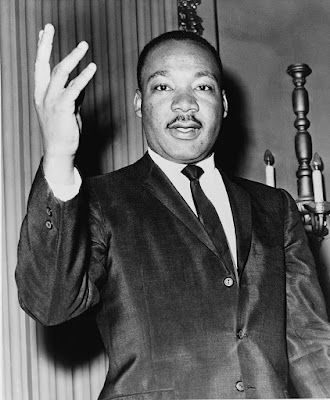 I decided to pick up a historical book specifically devoted to a treatment of the theological inspirations in the thought of Martin Luther King, Jr. (In Search of the Beloved Community, by Smith and Zepp), thinking that I would probably find a few scattered references to Davis here and there. When the book arrived, I opened it and found to my astonishment that the entire first chapter, which examines the seminal, foundational influences on King's theological thought, was about G. W. Davis alone. This man, who had shared in ministry with our very own church here in Calais, Maine, went on to become the main theological mentor for Rev. Dr. King, whom God used to revolutionize our society towards justice and peace. We're only now beginning to discover the legacy of our direct and fascinating connection to Martin Luther King, Jr. and the civil rights movement.

Naturally, our church can't take any credit for the man that King became, but we can take pride in such an intimate association with his theological journey. And who knows? It may be that some of the conversations that the young pastor G. W. Davis had with the youth group at the Second Baptist Church served to solidify and confirm and add zeal to his convictions. It may be that God used the prayers, questions, insights, and encouragements of this church to empower Davis for his further service, where his theological work, through the labors of his protege, ended up shaping an entire nation. 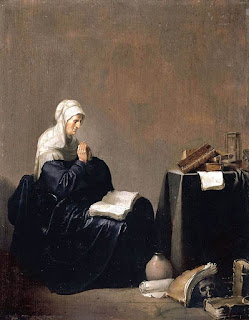 It's easy to think sometimes that simple, ordinary people like us can't really be used to accomplish anything grand for the Kingdom of God. But my church's story in the formation of Martin Luther King's mind and heart is a powerful example to the contrary. Rather like the "butterfly effect" in chaos theory (where small initial acts can result in massive differences on the other end of a system, like a butterfly flapping its wings providing a necessary initial condition for the formation of a hurricane), our little, out-of-the-way church, in its conversations and prayers for its pastor, may have been those butterfly wings flapping gently, which, three decades later, broke loose in Rev. Dr. King's hurricane of Christian social reform across the nation.

God can use anyone, even in small, simple ways, to do mighty things for his Kingdom. A word of encouragement, a conversation about God's grace, a prayer for the work of the Gospel--any of these things might plant a seed that God will one day raise up into a towering oak to stand strong for his Kingdom. So be faithful in all the little things, and God can use us--even our small and little-known efforts--to change the world forever.