Is Christianity in Danger of Vanishing? 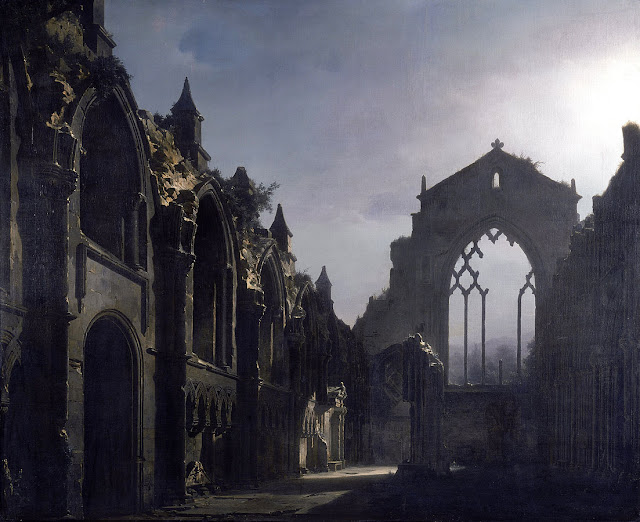 In Luke 18:8, Jesus asks a haunting question: "When the Son of Man comes, will he find faith on the earth?"

I pastor a church in Maine, which happens to be one of the most secular, least church-going states in the USA. America as a whole has a reputation for being a very religious nation, and it still is, but most Christians here would tell you that there is a nagging concern that our society is slipping, little by little, but now with noticeable speed, toward unbelief. Because of this, a lot of Christians live with a great deal of worry about the fate of our faith. Young people seem to be showing less interest in church; a swift tide of aggressive, anti-Christian versions of Islam dominate the world news; secular values that are often perceived as hostile to our faith become mainstream social policy; and non-religious demographic groups ("nones") rise swiftly in our population. There's a palpable level of concern that we are slipping into a new dark age for the faith. The question seems implied in the news headlines we see every week: Is Christianity in danger of vanishing?

The answer, remarkably, is no. Not even close. Quite the opposite, in fact. The evidence for Christianity's startling and continued global growth in the 20th and 21st centuries is so compelling that it makes the title question almost laughable.

Don't get distracted by the fact that all of those rather depressing trends I just mentioned actually seem to be true about what we see on the news here in the US. The truth is, those of us who are dealing with an increasingly secular society in America are, far and away, the exception to the rule. God is doing something incredible among the nations of the world, and the evidence for it is just now starting to emerge into the open light.

I've felt for awhile that I wanted to add my voice to the growing number of pastors, leaders, and academics who are trying to get people to notice one of the most astonishing transitions in world history, and it's happening right now, under our noses. The world is turning to Jesus Christ at a rapid pace, a pace which, in many areas, is accelerating. There are major conversion movements from almost every other world religion, of Muslims and Hindus and Jews who are now embracing the faith of Jesus Christ. In some of these cases, it is happening, astonishingly, even without direct Christian proselytization (this is the case for some of the Muslim conversions, which appear to be caused by encounters with Jesus Christ in dreams and visions, a trend that is even being reported, in anecdotal evidence, by secular news agencies). In many former Communist countries (Russia and nearly the entire eastern European bloc), where atheism had been the reigning philosophy for decades upon decades, Christianity has surged back as the majority religion. Within the next few years, a Communist country (China) will become the largest Christian country in the world (in terms of total population of Christian believers), and it may already be. While much is made in the news of the high growth rate of Islam worldwide, as well as the decline of the old mainline denominations of Christianity, it seldom gets mentioned that there are two major forms of Christianity (Evangelical Protestantism and Pentecostalism) which have clearly outpaced even Islam's growth, and continue to do so today (my own Christian community, evangelicalism, has a global growth rate of 2.6%, which is more than double the population growth rate of the entire world). Christian theism, once spurned by the academy, has for several decades now been making a comeback to the highest levels of academic philosophy and science. Even here in America and in Europe (where there tends to be an even greater degree of secularization), there are some important emerging trends to indicate that the much-hyped apostasy of Westerners from Christianity was perhaps a bit overstated from the start. Now, even if the statistics were all going the other way (and in a few isolated areas and aspects, they are), it still wouldn't change the sovereignty of God or the way we live our faith. But nonetheless, I think it ought to be a great encouragement for us as Christians to know about these great Christward movements that are happening all over the globe.

Over the next few weeks, I'm going to be posting a new article every Thursday to bring forward the evidence of these major worldwide movements toward faith in Christ. I'll be gathering together the best statistical evidence I can find, as well as some encouraging anecdotal evidence from the missionaries and Christian workers who are seeing these movements firsthand.  Many of the stories I'll highlight, as you'll see, actually come from secular news agencies, which are now also starting to notice these Christward movements.

What I hope to do is not just present the evidence for these incredible religious movements, the likes of which are nearly unprecedented in world history, but also to inspire and encourage my brothers and sisters in Christ to get involved in what God is doing in the world. We live in one of the most exciting times in all of history for being a Christian. Within our generation we will most likely see the first real in-history fulfillment of the promise made to Abraham 4000 years ago: "All peoples on earth will be blessed through you" (Gen. 12:2-3). For the first time in history, we are getting close to the place where there will be a Christian presence among every single tribe, tongue, people, and nation in the world. That has not happened before, not even once, since God spoke those words to Abraham. But we're almost there now!--almost at the place where John's great vision of the multinational, multicultural people of God in heaven is a reality (Rev. 7:9-12). So don't give into despair just because you happen to be in one of the few tiny corners of the world that are seeing a regression of faith. Rather, learn about what is really happening on the global scale, get engaged with it, and be a part of the greatest revival the world has ever seen.

- Next week, I'll be posting about one of the most exciting movements: the remarkable ways that untold thousands of Muslims are coming to faith in Jesus Christ. After that, I'll be putting up articles which will examine:

- The dramatic expansion of Christianity in India

- Movements to Christ among the world's Jews

- The explosive growth of the church in China

- The renewal of Christian theism in academic philosophy and the sciences

I'll end this introductory post with just a taste of what's to come: an infographic from one of the top researchers of statistics in this area, the Joshua Project--notice how, in just the past forty years, the ratio of nonbelievers to Christians has been nearly cut in half.

So don't give up hope. God is on the move.