Guns, Self-Defense, and the Gospel 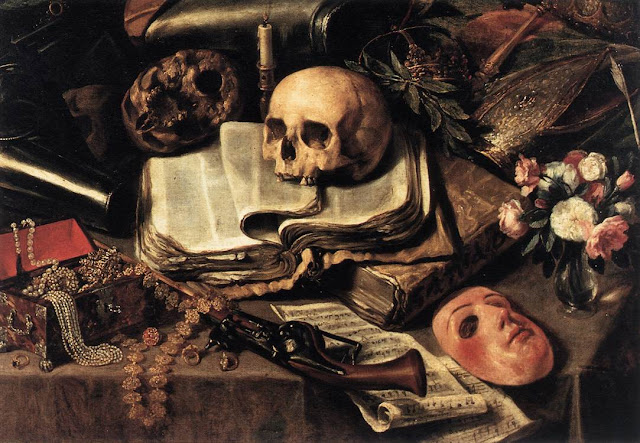 (Image credits appear at the bottom of the post)

Note - I have a number of friends and parishioners who keep guns for self-defense. They're all conscientious and responsible; they're thoughtful Christians, good parents, and loyal citizens. My comments here are not intended in any way as a direct address or rebuttal to their choice to keep a gun. But I write these thoughts because we live in a society where gun ownership for self-defense is often considered the norm, and sometimes even presented as a simple, responsible measure for the safety of one's family. And I don't think that those blithe assumptions are all that well-founded (see my earlier post, "How to Be Pro-Gun without Being a Heretic"). As such, I thought it might be appropriate to give voice to a different perspective, one that deserves thoughtful consideration among Christians. It should be noted that these reflections stake out a position on the subject from the point of view of a private citizen; the picture would necessarily be different for someone who is actively fulfilling an office of the state which enables the use of lethal force (the use of force in a role like that does seem to have some Scriptural support--see Rom. 13). 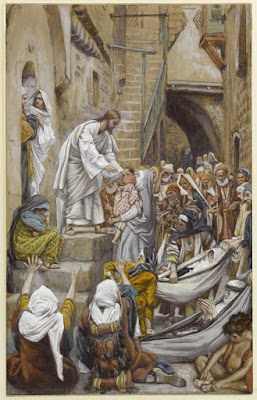 I don't keep a gun for self-defense, and I never intend to. Why not? The first reason, and the most important, is that I've been deeply influenced by traditions of the Christian faith that take Jesus' words in the Sermon on the Mount with great seriousness: "I tell you, do not resist an evil person. If someone strikes you on one cheek, turn to him the other also... Love your enemies, and pray for those who persecute you" (Matt. 5:39, 44). Now, there are several unlikely interpretive choices that might just enable you to wiggle into a non-literal reading of these words, but I think that every Christian ought to at least wrestle with them before choosing a mode of life in which they are on-guard and ready to do serious injury to another person. I, for my part, think there's quite a strong case for taking Jesus' statements, at the very least, as his basic "rule of thumb" for his followers' interactions with evildoers and enemies. And his rule of thumb is extravagantly merciful, to the point of self-sacrifice. So I follow the instruction of my Lord.

In debates over the morality of taking a life, one almost always has to answer the question of worst-case scenarios: "What if someone breaks into your home, and is going to kill your family? Wouldn't you use a gun to shoot them then?" Well, no. But before I say why not, we need to deal with the underlying assumption of a question like this: that having a gun in your home would make you less likely to suffer gun violence, particularly in this kind of scenario. The trouble is, that assumption appears to be false. Here's what most of the evidence suggests: my family would be far more likely to die as a result of gun violence if I had a gun than if I didn't. This is backed up by pretty much every academically-reliable statistical study ever done on the subject (for instance, here, here, here, here, and here). People who live in homes with a gun are far more likely to die as a result of gun violence than people in homes without a gun. This is true even if you decide to take out of the data the significant numbers of family members who avail themselves of a gun belonging to a parent or spouse to commit suicide. So yes, that means that, statistically speaking, my wife and children would be at a greater risk of being murdered if I had a gun than if I didn't. (The reasons for this, according to the research, have to do with the escalatory nature that guns add to confrontations, the almost ubiquitous tendency of all classes of people to engage in riskier, more aggressive behavior if a gun is anywhere nearby, and the possibility of unintended users in a household getting access to a gun.) 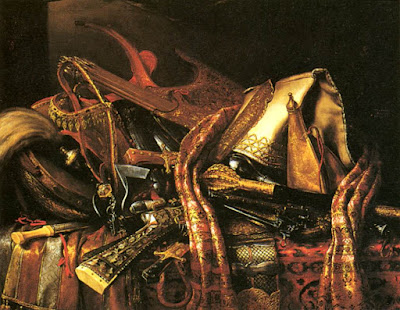 But responsible gun users may not be swayed by mere research and common sense--after all, they may never fail to keep their gun safely locked up, in a manner where no one else in their house can ever access it; and they may be such aces at shooting that they can slay home invaders right and left without the latter ever having a chance to escalate the confrontation. If this remarkably unlikely characterization happens to be true of you, dear reader, don't worry, because I've got more in my arsenal than just clear statistical evidence.

The truth is, even if the statistics were wildly skewed the other way--that is to say, even if it could be shown that having guns in the home was a clear indicator of greater safety--I still wouldn't do it. Why not? Well, it's true that I have a certain responsibility to my family--to serve, assist, and protect them inasmuch as I am able. But--and here's the astonishing thing about Jesus' teachings--I also have a certain responsibility to the guy who tries to break into my home. The clear teaching of both Scripture and Christian tradition is that my obligation to that man (and every other person too) is to love them. And reaching immediately for a gun just doesn't strike me as the most loving thing to do. That man is a person for whom Christ died, whom God longs to see come to the knowledge of faith, and I do not want to be the one to take away his last chance to experience grace. For love of that man, I'm willing to die before I'm willing to take his life. 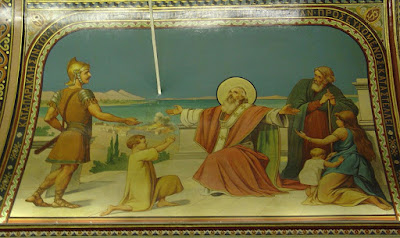 If that strikes you as oddly naive, allow me to explain that it is actually a remarkably well-practiced (but no less astonishing) feature of Christian life in all times and places. Even in the New Testament, Jesus commands his disciples to stand down rather than defend him (Luke 22:49-51), and the author of Hebrews commends the Christian church because they "joyfully accepted the confiscation of [their] property" (Heb. 10:34). One has the sense that Hebrews probably would not have commended them for killing the people who were trying to take their property. As one goes on in Christian history, the examples abound. The great second-century saint Polycarp, when he was pursued by soldiers who had orders to execute him, made no attempt to resist, but rather persuaded them to wait for several hours before arresting him, in order to give him time to finish his prayers for them. There's also the story of a desert father in the fourth century who, on returning to his hut to find a thief there taking his books (a valuable prize in those days), helped the thief pack everything up and sent him on his way with all of his possessions. (Rather like the great tale of the priest from Les Miserables, who gives away additional silver to the thief Jean Valjean, and thereby transforms the latter's life for good.) Even in our own day, there have been courageous examples of this--civil rights leaders in our own country, choosing a nonviolent way of life even though it meant martyrdom for some of them; or countless tales from the persecuted church, of Christians who suffer the depredations of evil men and yet still have the strength and courage to love and to forgive. Love for one's enemies is not simply a vain ideal; it's a courageous and faithful stand on the principles of the Gospel. And it's not simple naivete on my part, either: I take that stand as someone who has actually had a machine gun trained on me, who twice has had a thief come into the room where I was sleeping, and who once had to face the prospect of a murderous adversary coming to attack me and my friends.

Now, some people might still say, "Well, that's alright for you, Matt, if you want to die as a martyr, but that's a steep price to ask of your family! What if a home invader murders, or rapes, or kidnaps them?"

First, a little perspective: far and away, most home invaders are not intending to murder families in their sleep, nor to kidnap, nor to rape; most are trying to steal something. And because doing actual harm to someone else is not their ultimate goal, almost every home invasion situation (which themselves are not as common as people think) is a situation which would require some significant escalation to actually put my family in dire physical danger (another statistical study for you here). 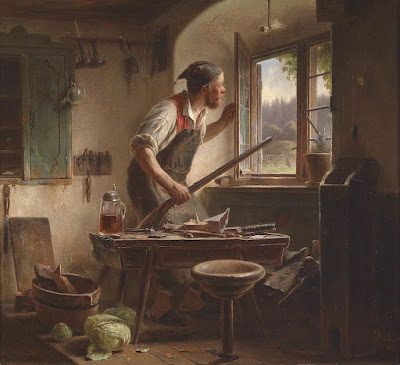 But, again, if statistical evidence isn't enough to slake your intuition that your family lives in the middle of "The Purge," as opposed to, say, a society with just about the most effective law enforcement agencies in the history of the world, then let me say once more that my argument really isn't about the statistics, as valid as they may be. Of course I don't want any harm to come to my family, and of course I would use every ounce of persuasion and yes, probably even resistance (short of killing someone), to prevent any grievous harm coming to my family. But I'm raising my family to understand that we are citizens of the Kingdom of God, living in the midst of a broken, sinful, and pain-wracked world. And sometimes truly terrible things will happen, even to Christians. I will do everything in my power to stop such things from happening to my family, except to deprive another person of the chance to experience the love of Christ here in this life.

And here's the bottom line: I am not my family's primary defender. God is. And I would far rather put my trust in him than in a gun. Prayer has more power to protect my family than any gun in the world. And of course there's no guarantee that something terrible won't happen--but that's not just an aspect of life without a gun, that's an aspect of life, period. Terrible things will happen, and they may very well happen to you. But in the final analysis, terrible things hold no lasting terror for the people of God, because we have his promise that he will triumph over all evil in the end, and he will make all things well. I would rather face my Maker on the Last Day having valiantly loved both my family and my enemies, than to have fired the bullet that stole away another human being's final chance to respond to the grace poured out for him on the cross.