Book Review: The Imitation of Christ 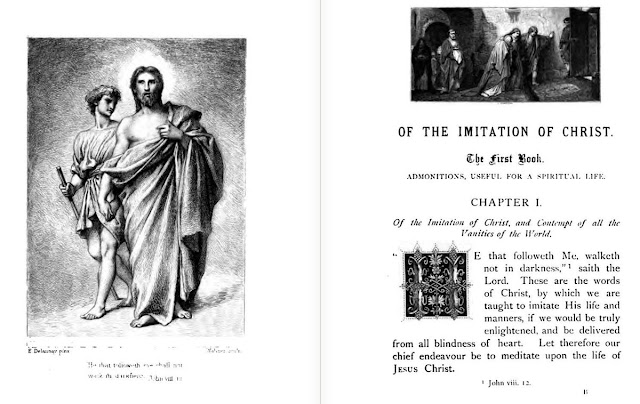 The Imitation of Christ, which might be the most popular work of Christian devotion ever written, attracting innumerable readers from both the Catholic and Protestant traditions, is traditionally ascribed to the authorship of Thomas à Kempis. The work was intentionally left anonymous in its initial composition and circulation, but most scholars are agreed that Thomas à Kempis is the best leading candidate for the author of this text, for several reasons: it appears to be written from the perspective of a monk toward his fellow monks, to derive from the tradition of the “New Devotion,” and to have an author familiar with Dutch idioms. All of these fit Thomas à Kempis better than the other leading candidates (such as Jean Gerson, a contemporary theology professor). Kempis himself, born around 1380, was a monk in the Brotherhood of the Common Life, a fairly recent movement at the time of his joining (the early fifteenth century), based in the Netherlands and practicing a new wave of re-invigorated spirituality called the New Devotion. He served most of his life as a monk in the community of Mount St Agnes near Zwolle, and authored nearly three dozen other devotional works before his death in 1471.
The Imitation of Christ is divided into four books, with the third part forming the core (and largest) section of the text. The first two books consist of counsel and instructions for how best to pursue “the interior life” of Christian devotion. The third book introduces a new form, wherein Christ himself and “the disciple” hold a dialogue about the monastic life, spiritual growth, and interior contemplation. The fourth book continues the dialogue format but is unique in that it is focused entirely on the spirituality of the Eucharist, and how the practice of Communion assists the disciple in his or her spiritual growth. 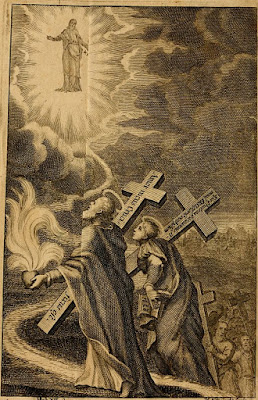 Within these four books, aside from the fourth’s particular focus on the Eucharist, there is no overarching paradigm to give a sense of framework or progression. Rather, the text has the feel of a series of talks with a spiritual director. In the first two books, it is Thomas à Kempis himself giving direct counsel to the reader; and in books three and four it is a conversation between Jesus and the disciple. In both cases, however, one gets the sense of the book being a compilation of short consultations on various subjects, much as a monk in the New Devotion would have had whenever he went to meet with his abbot, prior, or spiritual director. Thus, each short section focuses on a separate question of spiritual perspective or devotional practice. While such a format might lead one to think that the content of the book would be varied and unconnected, in actual fact the sections of counsel are bound closely together by repeated themes, perspectives, and subject matter.
Several of these repeated themes are worth closer examination. One of the most oft-repeated themes of The Imitation of Christ is that sincere personal devotion towards God is more important than theoretical knowledge of God. Written in an age that was living in the shadow of the titanic legacy of the scholastic theologians, The Imitation of Christ was clearly intended in part as a corrective to some of the dangerous tendencies of exalting academic theology while ignoring individual devotion. Another prominent theme, perhaps connected to the first (in the sense that the glorification of knowledge can lead to the very real dangers of pride), is a call to radical humility. There is nothing revolutionary about regarding humility as a core Christian virtue, but The Imitation of Christ is notable for the fierce extent to which it counsels Christians to follow the path of humility. Its advice sounds strange to modern ears, schooled in the value of self-esteem, but Thomas à Kempis does not hesitate to advise not only that we must be humble, but that in practical terms this means considering others as being better than ourselves. 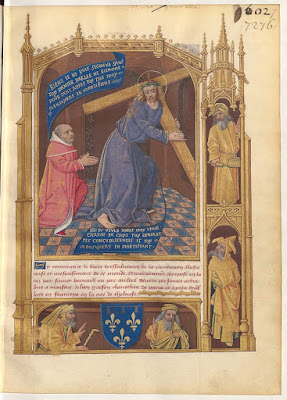 These themes are part of an overall view in The Imitation of Christ towards conceiving of true Christian devotion in a manner that stresses the value of ascetic discipline and continual self-abnegation, not for the sake of asceticism alone, but for the sake of inflaming personal love for Christ. Thus Thomas à Kempis advises his readers to empty themselves not only of the vices of which they are aware, but to guard against the very root of vices by removing basic consolations from their lives (physical and relational comforts) and by revoking the authority of their own individual wills (by entirely submitting their wills to a spiritual director). Again, though, the primary focus of The Imitation of Christ is not on these acts of self-abnegation themselves, but rather on the goal toward which they tend: the soul’s desire for God and submission to Christ.
The modern reader will likely have a difficult time with The Imitation of Christ, at least at first. It runs against the grain of many of our foundational cultural assumptions, such as the importance of positive self-esteem and the value of the individual will. As such, The Imitation of Christ will strike many readers as wildly foreign, perhaps even dangerously off-kilter in the way that it advises a path of complete self-abnegation, to the point of viewing oneself as “lower than everyone else.” However, when one takes the time to understand the cultural context of The Imitation of Christ, and particularly the fact that it was written for use by late medieval monks, some of the value of this advice comes into clearer focus. Indeed, a careful reader who is familiar with the Bible will likely find convicting echoes of the Apostle Paul’s relational theology in these counsels, reminding us that Paul taught Christians to “not think of yourselves more highly than you ought,” to “honor one another above yourself,” and that he regarded himself as “the worst of sinners,” and advised this self-perception as worthy of all Christians everywhere (Rom. 12:3, 10; 1 Tim. 1:15-16). As such, The Imitation of Christ offers a necessary and very biblical corrective to some of the dangerous assumptions of contemporary culture. Likewise, although Thomas à Kempis’ counsels for self-abnegation might strike us as strange or overreaching nowadays, they are actually firmly within the mainstream tradition of Christian monastic spirituality. 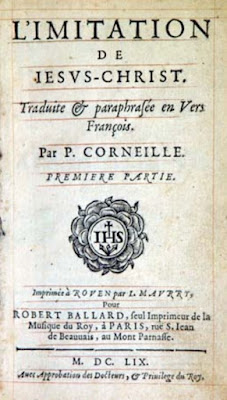 Another criticism sometimes leveled against The Imitation of Christ is that it does not rise beyond the level of a mere compilation of spiritual counsels. While there is some basis to this, given the format of the book and the lack of an overarching structure, there are also themes that bind the whole together in a cohesive manner. In addition to the themes already mentioned, perhaps the most important binding theme of the text, which is brought out in its fullness during the dialogue between Christ and the disciple in the third book, is the theme from which the work derives its name: Christian spirituality is all about imitating Christ. Thus, just as Christ emptied himself, humbled himself, and suffered, so Christians must seek to follow the same path if they truly want to know Christ. Though this book bears the most well-known association of all Christian works with the idea of imitating Christ, largely due to its title, the conception of the Christian life as imitatio Christi was in fact a common element of the many devotio movements of the Middle Ages, including the New Devotion, all of which sought to follow a Christocentric pattern marked by “a peculiarly active or ritual sense of devotion.”
Nonetheless, it can be argued that The Imitation of Christ, in seeking to be a corrective to the lukewarm, prideful nature of much fifteenth-century monasticism, it might in some cases swing the pendulum a bit too far to the other extreme. While its counsels against the dangers of seeking knowledge for intellectual vanity are true enough, one might like to see this balanced with an admission of the deep value of academic theology for the church and for individual devotion. Likewise, one of the consolations that Thomas à Kempis advises his readers to give up is a reliance on earthly relationships and friendships. While this is not out of the ordinary for monastic literature (John of the Cross, a century later, wrote very much in the same vein), one would like to see an admission of the many benefits and blessings that come from Christian friendship and fellowship. Further, for the Protestant reader, many of the devotional reflections in the fourth book will sound exceedingly strange; but this dissonance is due almost entirely to the difference between Catholics’ and (most) Protestants’ theologies of the Eucharist. All such critiques, however, are fairly minor when considering the scope of this work, which retains its well-deserved reputation as one of the greatest Christian classics of all time due to its singular, unwavering focus on developing a deep, unselfish, sincere love for Christ as the heart of true devotion.
Email ThisBlogThis!Share to TwitterShare to FacebookShare to Pinterest
Labels: Book Review, Devotional Reflections, Theology
Newer Post Older Post Home