Have You Fallen Victim to Fake News about God? 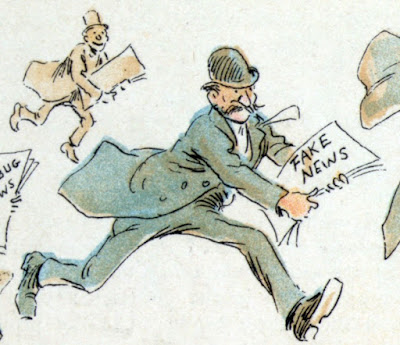 “Fake news” is a term that has crept into our vocabularies these past few years. While the concept itself is not new, we’ve now become aware of how pervasive fake news can be in many different forms of the media we consume. Many of us, at one time or another, have fallen victim to believing a piece of fake news that an acquaintance posted to social media. But did you know that you might also have been holding onto fake news about God?—fake news that has been perpetuated for years, and continues to be believed by the skeptical masses, even though the Bible’s portrayal of God is starkly different?

Many people have a primary view of God as a dour, fuming figure in the heavens, meticulously counting up all the ways we’ve sinned, and ever ready to start throwing down thunderbolts of judgment. God is portrayed as a perpetually-frustrated father, always disappointed in you, or as a vengeful judge, more interested in keeping people in line with his personal system of rules than loving or accepting them. Sometimes we feel that we cannot, no matter what we do, ever please God.

Guess what? It’s fake news. That’s not God, not really. But like most fake news, it baits the hook with hints of truth—for instance, the Bible does say that God is the great Judge of all things, that we will have to answer for the way we’ve lived our lives, and that the consequences of sin are serious business—eternally serious! But when we think about it, that’s not actually a darker picture than even the most basic common sense would dictate. Our own system of living in society shows us that being under the rule of law is actually a good thing. The opposite of being accountable to rules and laws isn’t freedom, it’s a dangerous form of anarchy where people get hurt. So I don’t believe we’d actually want a laissez-faire God who shrugs off sin, who cares nothing about the ways we injure ourselves and each other. We would want a God who cares deeply about us—deeply enough to get involved.

And that’s the kind of God that the Bible says we have. When the Bible describes God as the Judge of all creation, it doesn’t view that as a bad thing, as if the threat of looming wrath is all we have to look forward to. No, the coming of the Judgment of God is sometimes even portrayed as a joyful time, when all creation breaks out into choruses of praise (see Psalm 96:11-13). Why? Because a judge is a good thing—he’s the one whose job it is to set things right, to take broken and hurtful things and restore order and truth to them. Though lots of people have a stereotype of God in the Old Testament as being angry and vengeful, the most common portrayal of him there is found in this beautiful refrain, repeated many times throughout Scripture: “God is slow to anger and rich in love.” And when God is described as a father, it’s not a disappointed, frustrated figure—rather, it is a father who loves us beyond what we can imagine, who is pleased with us.

Did you know that God delights in you? That he feels for you the same joyful wonder and pleasure that a good parent feels when looking at their child? The clearest picture we have of the character of God is Jesus Christ himself, and in Jesus, we see a God who can be as tough as nails against hypocrisy and the abuse of power, but also compassionate and full of grace for our failings. In Christ, we receive the wonder of living as a beloved child of God. We get to give up the fear of our justly-deserved consequences for our sins, and to walk instead in the joy of God’s delight. In Christ, we find that the good God of all eternity has been waiting to lavish his love on us.