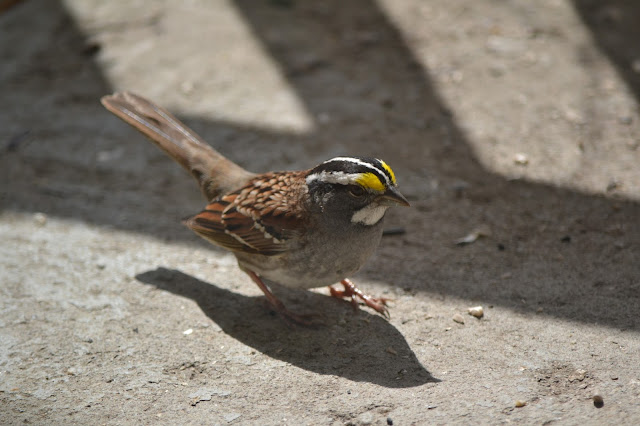 Sparrows are among the most familiar birds in the world: whether it's House Sparrows in the city or Song Sparrows in the country, most people can recognize these little brown birds that flit around the corners of our lives. They were well-known in the biblical world, too, and have become prominent Christian symbols, largely because of the way that Jesus took note of them. Before we get to that, though, here's a few interesting facts about sparrows that you may not know: 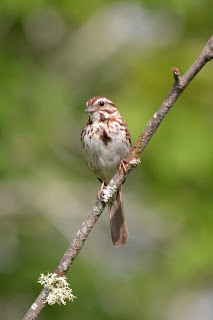 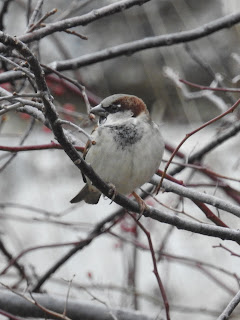 - Although the Old World Sparrows are largely confined to the Eastern Hemisphere, there is one major exception--the House Sparrow. In the 1850s, some well-meaning folks introduced the House Sparrow to North America, hoping that it would help in the control of pests. And, as expected, Old World House Sparrows became common birds on farms...and also in cities, and in towns, and in almost any other place that anyone lives in North America. Ironically, it has become a pest itself, and its use of nesting cavities has been causing problems for native bird populations. While it is regarded as a pest here, however, it is generally a well-liked bird in its native habitat back in Europe.

- In 1960, Chairman Mao organized an eradication campaign to rid China of its population of Eurasian Tree Sparrows, since they were seen as a common pest. The result? A much more dangerous pest, which had been kept in control by the sparrows, overran the fields of China: a plague of locusts. 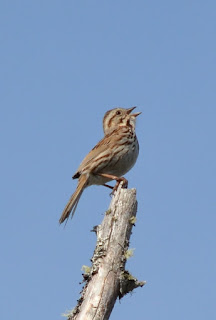 -  Most sparrows are vocal songbirds, and many have songs that are memorable and easy to recognize (such as Song Sparrows and White-Throated Sparrows). But what is not commonly known is that many species of sparrow have distinct dialects, based on the area they live in.

Sparrows appear prominently in Scripture. In Psalm 84, the psalmist sees how a sparrow has built a nest in the courts of the Temple, and he longingly wishes that he too could dwell so close to the presence of the Lord (Psalm 84:3). There's even a charming little story about sparrows from the early Christian apocrypha (non-canonical tales about Jesus and the apostles, most of them clear fictions). When Jesus was a little boy, he was playing one Saturday near the mud at the edge of a stream. Joseph came along to find him there, and saw that he had shaped little figurines of sparrows out of the clay. When Joseph asked Jesus why he was breaking the Sabbath in this way, Jesus clapped his hands, and the sparrows came to life and took flight. This little story illustrates the fact that Jesus is the active agent of the New Creation--the Sabbath-rest of God is over, and now the Maker will begin remaking the world, with Jesus and his re-creation of a redeemed humanity at its center. 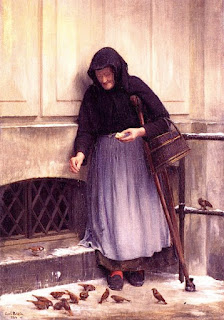 In the canonical Gospels, Jesus also takes note of sparrows: "Are not five sparrows sold for two pennies? Yet not one of them is forgotten by God. Indeed, the very hairs of your head are all numbered. Don’t be afraid; you are worth more than many sparrows" (Luke 12:6-7; cf. Matt. 10:29-20). This speaks to our value in God's eyes. There are hundreds of species of sparrows in the world; one can find them almost anywhere. And everywhere you go, they are among the most common, taken-for-granted creatures. In Jesus' time, they were captured and sold for meat--little morsels that were so omnipresent that they could only be sold for the smallest monetary values. Yet if not even one of the world's sparrows is forgotten by God, then surely he knows and cares about each one of us! Though sparrows are small and ordinary, they hold the gaze of the great Creator. As the old song says, "His eye is on the sparrow, and I know he watches me." Joni Erickson Tada, a noted Christian writer of the 20th century, who suffered a paralyzing injury as a young person, put it this way: "From thousands of bird species the Lord chose the most insignificant, least-noticed, scruffiest bird of all. A pint-sized thing that even dedicated birdwatchers ignore. That thought alone calmed my fears. I felt significant and noticed... If the great God of heaven concerns himself with a ragtag little sparrow, [then] he cares about you."