God and the Good Republic Come Riding Back in Arms: The Surprising Persistance of Christian Faith in the Secularizing West 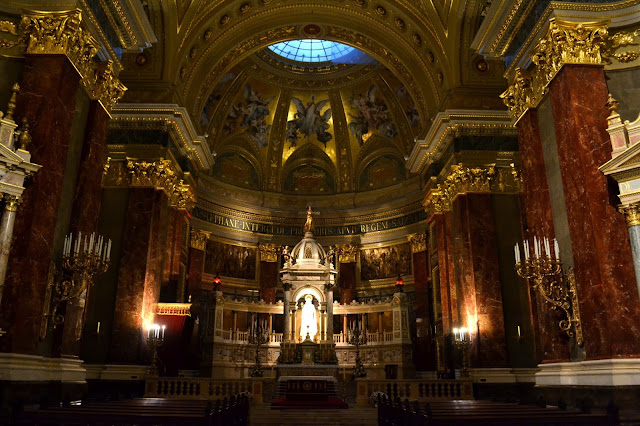 Science announced nonentity and art admired decay;
The world was old and ended: but you and I were gay;
Round us in antic order their crippled vices came--
Lust that had lost its laughter, fear that had lost its shame...
They twisted even decent sin to shapes not to be named:
Men were ashamed of honor; but we were not ashamed...
But we were young; we lived to see God break their bitter charms,
God and the good Republic come riding back in arms.

- G. K. Chesterton, from his poem "To Edmund Clerihew Bentley"

It is becoming standard to refer to the civilizations of Europe and (to a degree) North America as "post-Christian." Whereas just a few generations ago Christianity was the common cornerstone of the whole edifice of Western civilization, we now live in a society where those very Christian roots are rarely acknowledged without sparking a controversy, where "science" is presumed to be waging a winning war against the old superstitions of faith, and where the "nones" are the fastest-growing religious group. One gets the sense that society is picking up a fatal momentum away from the Christian faith. 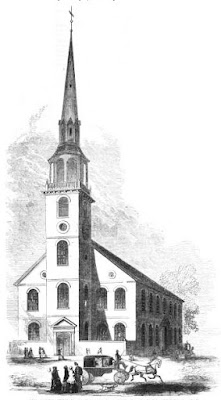 It may come as some surprise, then, to realize that these impressions are not entirely true (if they were ever true at all). Let's start with the US--even though many recent surveys have revealed the beginnings of a stark drop in religiosity, coupled with a rise in "nones" (those who ascribed to no religious position or affiliation), evangelical Christianity, the core of American Protestantism, has shown no similar decline at all. It has been remarkably stable (though it is now dealing with some negative associations with political views that make it unappealing to millennials, a trend that may require careful attention). It's not just evangelicalism that is proving surprisingly strong in the US. Other groups, too, are throwing a monkey wrench into the orderly picture of religious decline that sociologists used to hold: the "secularization thesis," which postulated that as secular education became more widely available, religiousness decreased. This assumption, to the surprise of many academics, is proving unfounded. Here's an extract from a recent NPR report:  "Highly educated [Christian] adherents are just as religious, in some cases more religious, than their fellow members who have less education," [Pew researcher Gregory] Smith said. Among mainline Protestants, for example, college graduates were actually found to be more likely than noncollege graduates to report weekly church attendance." Further, even among the rising group of "nones," it's interesting to note that these people are not pure scientific materialists, as one might expect: rather, they are increasingly expressing a deep and abiding interest in spirituality.

That's not to say that there aren't worrying signs on the horizon. Americans are drifting away from church at an ever greater pace. Some of it has to do with the way Christianity is becoming stigmatized in our ever more politically-interpreted and media-drenched society. Some of it has to do with the withering away of a serious social concern about personal character, replaced by a distraction-filled, entertainment-centric experience of life. But even these signs, though worrying in one sense, are really not worrying in another: Christians believe in a God who reigns sovereign over all things, and there's no amount of backsliding by faithless generations that can overcome his ever-present power at work in the church. It may be that America is facing a new "Dark Ages," this time of faithlessness coupled with intellectual languor, but that won't be the end of the story. God has waves of missionaries from Africa and China ready to go, bringing back the faith to Western shores again. We now face a world that is rather more like the situation of the early church, in a hostile and sex-saturated society; but the marvelous part of that difficult reality is that the church has shown, time and time again, the ability to quietly rise to its greatest heights in just such a time as that. 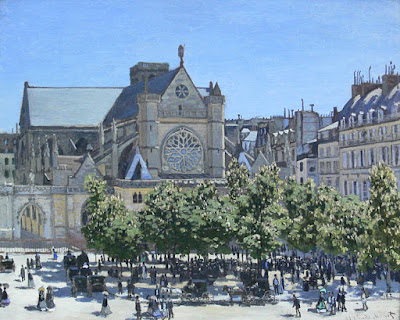 Now let's take a look at Europe, which has long been seen as a generation or two further down on the slope of secularization than the US: church attendance has fallen off precipitously in many places, and it is widely common for most people, even if officially baptized into a church tradition, to ascribe to no religious affiliation at all. But we've already noted in this series of articles how the immigration of Muslims into Europe, large numbers of whom are converting to Christianity, is beginning to turn back that tide. And there are other indications emerging to show that perhaps the secularization of Europe was not as permanent a shift as we had imagined. The British journalist Peter Hitchens (the Christian brother of the widely-known atheist writer Christopher Hitchens) wrote down his observations on church attendance, and noted that it may simply be a generational gap that is now starting to close: "When I am in church in England now, I notice that it is people of around my age who are mostly absent. There are plenty who are older than seventy or younger than forty, but very few in between." (He then goes on to say that he suspects the current American generation might be following a similar track; but if he's right, it might very well be that the next generation of Americans will swing the pendulum of faith back the other way again.) Indeed, in the months that I lived in England during my college years, I found that the churches there, though not bursting at the seams with overflowing attendance, were nevertheless strong, mature, and confident centers of a faith that continued to inspire and enliven many members of that society.


Now consider Eastern Europe--those countries that were locked behind the Iron Curtain for most of the later 20th century, ruled by communist governments that insisted upon atheism. Amazingly, the atheism of those years, though widely embraced at the time, has begun to vanish like a morning mist. The trend is clear and startling: eastern Europe is turning back to the church, and mighty moves of God are breaking out. Most of the population has returned to the ancestral religious traditions that gave their lives order and meaning: the Orthodox, Catholic, and Reformed churches. In a massive study conducted by Pew research in 18 eastern European countries, it discovered that professing atheists had dwindled to a mere 14%, while 75% of those populations now identify as Orthodox or Catholic Christians. Only in two countries, the Czech Republic and Estonia, did religiously unaffiliated groups continue their dominance. (You can read about this Pew survey in Christianity Today's article, "Here's How Badly Soviet Atheism Failed in Europe"). Similarly, the very heart of Soviet atheism, Russia itself, has seen a massive swing back to its traditional Orthodox Christian roots. Now, it should be noted that there are problems associated with these trends--many people are practicing a merely nominal form of Christianity, and in some cases the dominant Christian identity is unhealthily fused to political nationalism--but it nevertheless suggests that the secularization thesis, positing the irreversible swing of society into unbelief, has always been mere rubbish.

Three years ago, I was privileged to visit Eastern Europe myself, and was struck by what God was doing there. In Hungary, the formerly Communist government has actually invited the Baptists and other church groups to come back in and take over the administration of its public, government-funded schools, including giving permission for official Bible classes as part of the curriculum--something that would be unthinkable in the presumably-more-Christian USA! (In fact, when I told the school teachers there that Christianity was not allowed to be taught in American public schools, these former atheists were shocked. "But Christian values are so important for teaching children good civic virtue!" they protested. I find that I rather agree with them.) I attended a Christian children's concert, organized by the local public school itself, that was overflowing--it seemed as if the entire town had come out to watch their children go up on stage and sing about the love of God. A bit further to the east, I got to visit several churches of the Roma people (previously called Gypsies), who have often been, and still are, discriminated against and ostracized by their societies. Until recently, they have proven remarkably resistant to the Gospel, despite having lived in the midst of Christian civilization for hundreds of years. But now there is a Christian revival sweeping through the Roma of Eastern Europe, and vibrant new house churches are being planted in every little village.

So even in places where it looked like the Christian faith had long since passed away, it is making a remarkable comeback today. And here in America, where many worry that there is a similar season of unfaith ahead of us, we are continuing to see surprising signs of the resiliency of the church of the living God. As the old theologian Theodore Beza once noted, "The church is an anvil that has worn out many hammers."