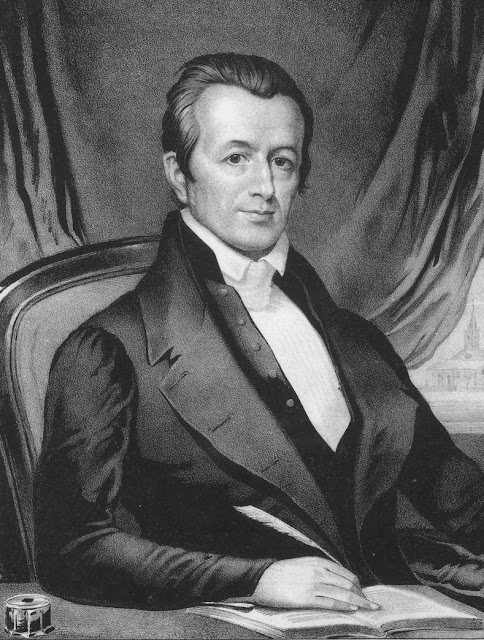 It would be hard to overstate the impact of Adoniram and Ann Judson (as well as Adoniram’s later wives, Sarah Boardman and Emily Chubbuck, along with other members of his mission team). The Judsons’ accomplishments as missionaries include the translation of the Bible into Burmese, the establishment of a deep-rooted church among the ethnic Karen group in the mountain and jungle areas of Burma (now Myanmar), and the creation of a “missionary culture” among the quickly-growing Baptist denomination back in the United States. It is worth noting, however, that although the Judsons succeeded in all of these ventures, often while surmounting unimaginable physical and emotional obstacles, they were not able to attain success in the one area that was their highest goal upon embarking on the Burma mission: the foundation of a vibrant, self-sustaining Bamar (that is, Burmese) church movement in the Irrawaddy heartland. All of the Judsons’ other accomplishments, as impressive as they are, were begun as tangential efforts in support of their main pursuit: creating an expanding Christian witness among the Bamar people of the Irrawaddy River valley, in which they did not see much success.


Adoniram Judson, Jr., was born on August 9, 1788, and was raised in a ministry family. His father, Adonriam Judson, Sr., was a Congregational clergyman. Though an able minister, Adoniram Sr. never rose beyond the ranks of a parochial pastor in largely rural areas, and he often envisaged a brighter future for his son: Adoniram Jr. was destined to be a famous pastor in one of the great city churches of New England. Unsurprisingly, perhaps, Adoniram Jr. began to rebel against this pressure as he entered his teenage years. Within his first year of attending Brown University (which was largely but not exclusively associated with the Baptists), Adoniram decided to renounce his orthodox Christian faith, encouraged by a fellow student who happened to be a deist, Jacob Eames. This, naturally, brought great grief to the Judson family, but it serves to illustrate Adoniram Jr.’s stubborn brand of personal independence.


He was brought back to the faith not long later—ironically, through another encounter with Jacob Eames. Adoniram was traveling, having recently visited his pious uncle and a compelling young clergyman, and was reconsidering his spiritual choices. He came upon an inn and was placed in a room close beside that of a dying man, whom he was informed might pass away during the night. As he lay there, listening to the dying man’s cries, he began to think about death and eternal destiny. In the morning, he discovered that the man had died, and learned that it was his old friend Jacob Eames. Convinced that this was providence rather than happenstance, Adoniram re-converted to Christianity and enrolled in Andover Theological Seminary.


While at seminary, he began to consider a career in foreign missions. This was a daring idea at the time, but its popularity was rising among the younger generation of students. The older voices within Congregationalism still viewed it as a fool’s errand, though: British Protestants had found some success in sending out foreign missionaries, but England had a good deal more wealth and infrastructure than the United States at that time, and thus was more easily able to manage such enterprises. There had not yet been an overseas missionary sent out by North American Protestants. But Adoniram felt the call of this ministry, and was drawn from the beginning to the idea of a mission to Burma—a wealthy, powerful, xenophobic Buddhist empire in southeast Asia, almost entirely untouched by the Gospel. Adoniram was drawn to this both by the moral imperative of a mission to the unreached, but also (as he admitted in his later years) because it offered him the chance to pursue a grand, famous ministry career which would nevertheless still frustrate his father’s ambitions for him.


While a student at Andover, Adoniram met his future wife Ann. She was the daughter of a local Congregational deacon, and after a brief courtship, Adoniram asked her father for permission to wed her:


Ann’s father consented, and the two were married in 1812, and immediately began to plan for their missionary journey. Adoniram and four other men were ordained for missionary service, pledged the support of the Congregational churches, and sent on their way to Burma.


The Journey to Burma and the Judsons’ Baptist Conversion


Their voyage would take them first to India, and from there they hoped to find a ship bound for Rangoon, at the mouth of the Irrawaddy River. But during the first leg of their trip, their missionary enterprise began to be thrown into doubt. Adoniram was reading some of the theology books he had brought along, and, to his great surprise and open chagrin, was beginning to be convinced that the Baptists were right on the matter of baptism. He dove into studies of the Greek New Testament, hoping this wasn’t true, but he came away even more convinced that the Baptists were right and the Congregationalists were wrong, and that he himself had not yet undergone a valid baptism. He felt the urgency of getting this question settled, since he would have to decide how to perform baptisms for the new Burmese church during their missionary years. Ann, vexed at her husband’s researches (she called this period “extremely trying”), looked into the question herself, and, much to her dismay, came away with the same conclusion. They were baptized by a community of English Baptist missionaries in India on September 6, 1812, but this brought a host of questions to bear on the life of their mission team. How could they continue to serve together, since they now represented two denominations, and since the Congregationalists back home would no doubt refuse to support a Baptist missionary? (Indeed, they took offense and saw it as Adoniram’s petty attempt at revenge for an earlier reprimand.)


Eventually, Luther Rice, one of the Judsons’ fellow missionaries, also made a conversion from Congregationalism to the Baptist faith. Rice, finding that he would be unfit for missionary service in that climate due to health concerns, agreed to return to America and to raise missionary support among the Baptist churches there. Meanwhile, the Newells, another set of their original co-missionaries, were struck by tragedy—Harriet Newell, along with her newborn baby, died in childbirth, and her husband Samuel decided not to pursue his intention of pressing on to Burma with the Judsons. Everyone they had encountered on their journey—from ship captains to government officials to their fellow missionaries—had strongly advised them against going to Burma. So suspicious was “the Golden Kingdom” of outsiders that the most likely result of their arrival would be immediate execution. Nevertheless, Adoniram and Ann pressed on, now alone in their endeavor, and boarded a ship that would take them to Rangoon.


The Judsons’ Early Ministry in Burma


Adoniram and Ann, indeed, found that their early life in Rangoon was difficult in the extreme. Adoniram described their first view of the city, in July of 1813, as “quite disheartening.” They were not executed, but that was perhaps the only bright spot of their first days in Rangoon. They stayed at a small mission house built by Felix Carey (the son of the British missionary William Carey), but Felix abandoned the mission soon after their arrival. The Judsons also experienced family tragedy, having lost one child (stillborn) on the voyage to Rangoon, and another, Roger, at just six months of age. The Burmese people were suspicious of them, the language was far more difficult than they anticipated, the adherence of the populace to their talismanic form of Buddhism was complete and unquestioning, and the beleaguered missionaries felt several times that they were in danger of being executed by the local viceroy. Ann described their mood during that season as “gloomy and dejected.”


But the Judsons pressed on. Adoniram focused on his linguistic study in the early years of their mission, eventually making significant progress in understanding the grammar of Burmese. Ann, however, managing the daily tasks of running a household in Rangoon, had more frequent opportunity to use conversational Burmese, and so she became fluent before Adoniram. After about three years, they achieved enough command of the language to transmit the Gospel message (a difficult level to reach, seeing as Burmese lacked some of the abstract words necessary for relating Christian theology, many of which Judson had to borrow from the Buddhist sacred language, Pali). They produced a small Gospel tract and distributed copies throughout the city with the help of a newly arrived printer, George Hough. To their disappointment, there was almost no response whatsoever to that initial presentation of the Gospel message. So Adoniram, while still seeking through personal contacts to gain a Burmese convert, focused on completing his translation work on the Gospel of Matthew.
Email ThisBlogThis!Share to TwitterShare to FacebookShare to Pinterest
Labels: Church Life, History
Newer Post Older Post Home