You can read Part 1 of this series by clicking on this link. 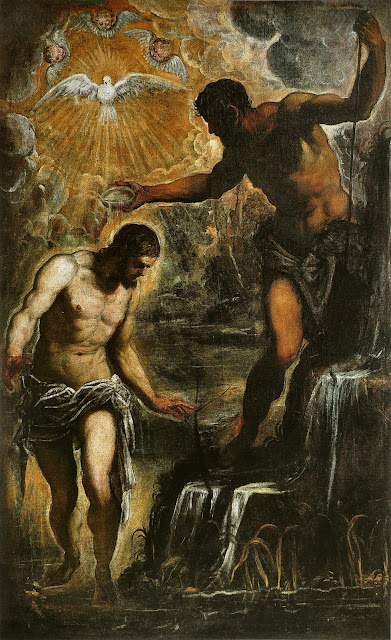 
Jesus Christ – I believe that Jesus of Nazareth is the Christ, the promised Messiah, and that he is the incarnation of the Second Person of the Trinity, God the Son (Mk. 1:1). I hold, along with early church tradition, that God the Son is “eternally begotten of the Father,” an explanation of the Trinitarian relationship that emphasizes both the Son’s relational dependence on the Father and his eternal co-existence with the Father. In earliest Christianity, including in the Scriptures themselves, this idea was partly understood by describing God the Son in terms of the Logos of God (Jn. 1:1)—which (at least in part) suggests that God the Son is understood to be the eternal self-expression of the Father, his “Word,” which he is constantly speaking forth. In the super-personal reality of the Godhead, this self-expression is so full that it is, indeed, the fullness of God himself. Thus, there was no time when God the Son did not exist; he is “eternally begotten,” continually spoken forth. Thus also, God the Son is no less divine than the Father, since he is the perfect, complete, and visible image of the Father (Col. 1:15; Heb. 1:3)—he and the Father are one (Jn. 10:30). Christ was the active means of creation, as the New Testament indicates (Jn. 1:3; Col. 1:16), as well as the active means of the new creation (2 Cor. 5:17), and he continues to be the sustaining force in which “all things hold together” (Col. 1:17). God’s eternal plan was to draw his creation upward toward love, toward worship of himself, and to do this he deigned to unite himself with us, so that we might be like him (1 Jn. 3:2). In the Incarnation, God united himself intimately with his creation, “becoming flesh” in the person of Jesus Christ (Jn. 1:14). Jesus was born through a miraculous virginal conception to Mary (Is. 7:14; Mt. 1:18; Lk. 1:34-35), from whom he inherited a genuine human nature in both its corporeal and noncorporeal aspects (Heb. 2:17), while at the same time being the Second Person of the Trinity—a fully human and a fully divine nature, united in one person, without blending or division. In his earthly life, ministry, death, and resurrection, Jesus Christ was the final fulfillment of the revelation of God—he fulfilled the Jewish law, the offices of prophet, priest, and king, and he fulfilled in himself the promises given to the people of God in the Old Testament. He ascended to reign in glory in the heavens (while extending his earthly reign through his church), and there he intercedes for us before the Father. (Christ’s purpose and mission as it relates to humanity will be dealt with more fully in the “Salvation” section below, and his return will be dealt with in the “Eschatology” section.)


The Holy Spirit – I believe that the Holy Spirit is the Third Person of the Trinity, fully divine in nature. The Spirit is co-eternal with the Father and the Son from eternity past, and now represents God’s active power at work in creation. The Holy Spirit was integrally involved in the acts of creation and redemption (Gen. 1:2; Mt. 3:16). The Spirit’s most clearly-defined role comes in the New Testament, appearing as the vivifying, sustaining, dynamic presence of God in the midst of his people. The Spirit descended on the fledgling Church in tongues of flame at the feast of Pentecost (Acts 2:1-4). It is the Spirit who inhabits the Church as a temple, dwelling in believers as “a seal…who is a deposit guaranteeing our inheritance until the redemption of those who are God’s possession” (Eph. 1:13-14). The Holy Spirit, though already having been active in leading a person to Christ, indwells the new believer in a special way upon accepting Christ as Lord (Acts 2:38; Eph 1:13). The Holy Spirit is the source of all spiritual gifts, of which there are many kinds divided among the members of the Body, all intended for the purposes of building up the Church and reaching out to the lost (1 Cor. 12:4-11). The Holy Spirit is thus engaged in the work of building up the church as a whole, and is also the active power at work in the progressive sanctification of believers as we grow towards spiritual maturity.

Email ThisBlogThis!Share to TwitterShare to FacebookShare to Pinterest
Labels: Theology