Can It Be Morally Responsible Not to Vote? 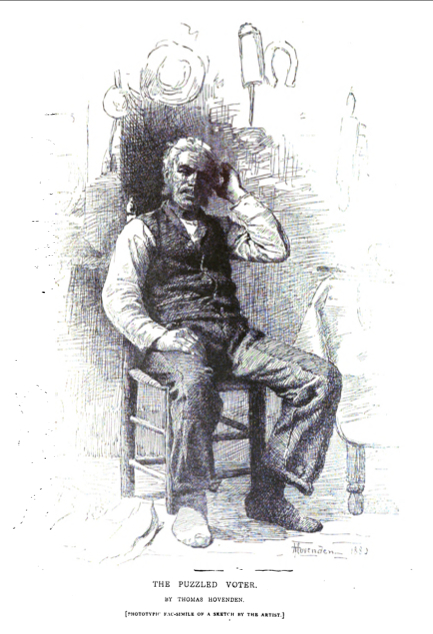 
Let me be clear at the outset: if you feel sure and certain about how you will vote in the presidential election this fall, then I'm not writing this piece for you. Please don't get the idea that I'm trying to talk you out of your vote. I'm writing to those people who find themselves in that particular wing of evangelicalism where there's a social stigma attached to any admission that you may not cast a vote for president at all. If you're there, unsure whether your conscience will allow you to vote for either leading candidate, but feeling bullied by the moralistic political activism of our evangelical subculture, then this is for you. Bottom line: you don't need to feel like you have to violate your conscience for the sake of political calculation.

This election season has put a lot of American evangelicals in a new sort of quandary. Most evangelicals appear to be less than enthusiastic about either candidate, and many seem to be, quite frankly, disgusted. But what do we do with that? Political activism has been a mainstream concern of evangelicals for decades, and it seems to be hardwired into our impulses at this point. We've been taught that we absolutely have to vote, because if we don't we're basically handing votes to the opposition; we're leaving the door open for a godless, reprehensible, anti-Christian regime to take over and irreparably change the country we love; and, besides all that, brave soldiers out there died so that you could have a vote!

Here's the thing, though: each of those claims is a little misleading. An abstention isn't the same thing as giving a vote to the other side, and conscientious abstentions can sometimes be a valuable way of making a political statement. And as much as one might worry about a president from a different party taking over the executive branch of the government, the truth is that real, lasting change is this country is going to happen at the level of long-term cultural and spiritual changes in voters' hearts, not through the actions of any one president. Finally, while I honor the sacrifice made by those brave soldiers who died for my vote, their sacrifice also includes a right not to vote if I so choose, and a conscientious abstention is not an act that dishonors their service in any way. Nonetheless, we still hear these claims repeated, often enough that evangelicals are browbeaten into thinking that voting is some kind of moral imperative.

But it isn't. No, really, it isn't. The moral imperative for us is to love our neighbors (Matt. 22:37-39), to seek the good of the land we live in (Jer. 29:7), and to submit to our governing authorities (Rom. 13:1-7). And voting is only one way among many of fulfilling those commands. In most election cycles, it remains an important way of fulfilling them. Even in this election, I would advise you to vote, whether or not you choose to leave some slots blank. But voting is not necessarily the only way, nor even the most effective way, of fulfilling our Christian duty as conscientious citizens.

The foundational principle of evangelical thought is that the Bible is our final authority. One would be very hard pressed to find any advice in the Bible along the lines of "choose the lesser of two evils" (as a prominent Baptist leader recently suggested we do). Rather, the Bible would seem to indicate that it's the Christian's responsibility not to choose evil at all. If the choice is between a greater evil and a lesser evil, the correct choice is to abstain. Yes, the greater evil might then get more votes. But guess what? The management of this world, the rise and fall of kings and rulers--that's God's prerogative, not yours. Your responsibility is simply to do what is right in the choice that is before you, and to trust him to take care of the rest. 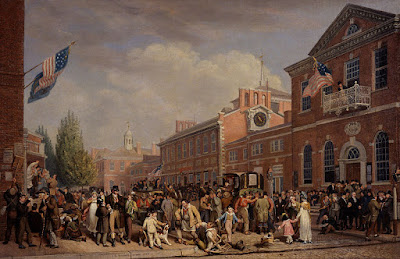 Now, some Christians may not view either candidate as an "evil," and in that case, their conscience may permit them to vote one way or the other. But if your conscience does prick at you for putting your mark next to either of the leading names, then you may have to consider whether the right choice is simply not to place a vote for president (or to vote for an alternative candidate who, unfortunately, will have almost no chance of winning). Do not violate your conscience for the sake of something as trivial as political calculation. Our responsibility is not to win elections for God; God is entirely capable of managing our nation and our world without our meager political assistance. No, our primary responsibility, whatever else may happen, is first and foremost to do what is right with the choice set before us. So if your conscience is not comfortable with any of the presidential candidates, then you do not have to vote for any of them.

This is, in fact, the consistently-held position of one of the major streams of Protestant Christianity, ever since the days of the Reformation. The Anabaptist churches (Mennonite, Amish, Brethren in Christ, etc.--of which my wife's family is a part) have consistently held that it is a morally positive choice not to engage in the political process. Why? Because we are citizens of the Kingdom of God, and merely sojourners in the kingdom of this world, and entangling ourselves in the politics of our world often does involve, at some stage or other, the beginnings of moral compromise. A moral compromise, even if undertaken to achieve some greater perceived result, is still a violation of one's conscience. It's pretty much the whole point of Paul's argument in Romans 14 that Christians should not be pressured to act against their conscience.

So what then? Do we just give up? Should all Christians completely withdraw from the public sphere? No, of course not. In fact, this little voting conundrum gives the opportunity to point out that many evangelicals have actually been under-involved when it comes to taking action for political change. Many evangelicals talk a lot about politics amongst themselves, and then get out and vote once every two or four years. And that's it. Even beyond the fact that one person's vote in any presidential election is almost always statistically irrelevant, we should notice that this sort of political involvement is really a bit of a cop-out, not a morally courageous stand for Christian principles. We live in a society where there are innumerable ways to get involved, to become a voice for change, and most evangelicals are ignoring those avenues and harping instead on a perceived obligation to vote in presidential elections. We could do a vastly greater amount of good for our communities and our nation by getting involved in the local and state levels of our political system, by writing letters to lawmakers, or by working with advocacy groups, just to name a few of the options that would be more effective than doing nothing beyond a once-in-four-years individual vote. 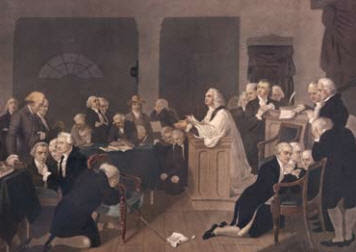 But even all those things pale in comparison to the one great political act that Christians are actually called upon to perform, not just once every four years, but every single day: pray. The New Testament lists several things Christians should do in relation to government, such as submitting to authority and paying taxes, but the one and only proactive thing we are commanded to do for our governments is to pray (see 1 Tim. 2:1-2). If all you're doing is voting, then you have already surrendered your most powerful tool. Voting, as important as it is (and I do believe it can be important--I'm a regular and consistent voter in presidential elections), pales in comparison beside the power and authority that we are granted in prayer. A vote is just one voice among a hundred million; but a prayer catches the ear of the One who holds all nations in his hand, who has infinitely more power to change this country than any president will ever have.

So be active in this election! Pray! Get involved! And if your conscience bids you to mark down a vote for one of our presidential candidates, in the hope that good will come of it, then go ahead and place your vote. But, on the other hand, if you come to that voting booth on November 8, and you find yourself conscience-stricken at the thought of having your name stand in support of any of the listed candidates, then please rest assured that you do not have to vote (though I would still urge you to consider voting for the down-ballot offices, even if you leave the presidential part blank). You are not a bad Christian if you don't vote; you are not throwing away your hard-fought democratic privilege; and you are not single-handedly handing over our country to the Enemy. Those are just the arguments put forward by moral bullies who have sunk far too much hope in a mere political process instead of in the sovereignty of God. Sometimes a choice not to vote--to abstain from assenting to put morally dangerous leaders in power--when coupled with persevering prayer, can be the most powerful vote of all.