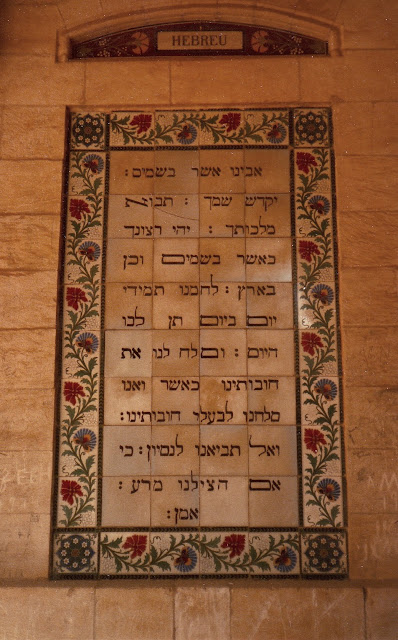 (Image: The Lord's Prayer in Hebrew, from the Pater Noster Chapel in Jerusalem)