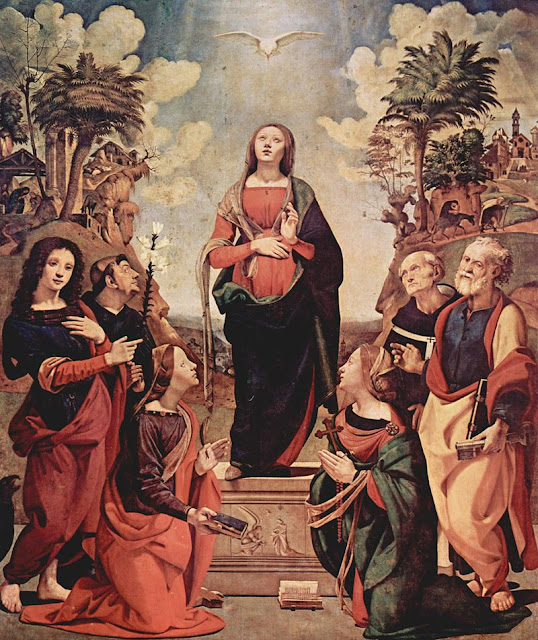 
As the Christian calendar turns over to a new year with the advent season, we turn our eyes and our hearts to one of the most wonderful mysteries of the faith—the Incarnation. Here we dance along the edge of the ineffable, and every attempt to put it into words falls short of capturing the fullness of this incredible truth. It seizes our imagination and leads us far beyond what we can even understand. To say that Jesus of Nazareth was both completely God and completely human is a beautiful paradox, perhaps even an absurdity which, upon close study and reflection, surprises and stuns us with its truth. Logic is not broad enough to contain or explain this mystery. And while that may be troubling to some, it is logic that has brought us, dancing with joy, to the edge of this very paradox. We have seen and understood the possibilities, and this is the only one that remains: Jesus Christ, a simple builder from the Galilean countryside, was and is God in the flesh. It was this same unshakable conviction that led the men and women with whom he walked as a friend, these fervent Jewish monotheists, to hail him as Lord and God.


What must it have been like for them to look back and be consumed with breathless wonder? This man Jesus, their friend and teacher, whom they laughed and joked with and even reprimanded, was the very God who had created all the spinning galaxies. They hadn’t understood it while they were with him. Only later, in the dawning awareness of what the resurrection meant, did they remember what Jesus himself had said. And only then did they know—they had seen and heard and touched the God of the universe.


I wonder, too, how Jesus himself came to be aware of this mystery. We focus so much on his divinity (and often rightly so, for it is the basis of our faith) that we tend to forget that he was also fully man. St. Luke tells us that he ‘grew in wisdom’. Surely his true identity wasn’t something that he could have known from childhood, not in its fullness. He clearly knew early on that he had a special connection with God that no one else had. But how did he come to know even this much? It seems hard to claim from the Gospels that Jesus was actively omniscient. He couldn’t be a real human child with that kind of knowledge and awareness. There must have been a process, an awakening, in which he slowly came to believe that he was indeed the active and only agent of God in the world. By the time of his ministry he began dropping tantalizing hints that he actually believed himself to be the incarnation and representation of God. N.T. Wright describes this process as Jesus coming to believe that the work set before him was the work that only God himself could do. Perhaps the events of his baptism awoke him to a fuller understanding of his identity and mission—we just don’t know. But to assert that Jesus always had a cool and calm assurance of his own divinity and eternal pre-existence is to take only a partial glance at the rich and beautiful portrait in the Gospels. Here we see Jesus weary at times, frustrated at times, often in prayer and silence, agonizing in the garden and longing that his friends would be strong enough to support him in that hour. It seems that he knew that he was God, or at the very least that he was the exclusive, divine representative of God in the world, but that this knowledge was reached through prayer and struggle and action, a dawning conviction that he was bringing to culmination in himself all the promises and actions of God throughout history.


We don’t know how far his knowledge extended during that time. He had wisdom and spiritual perception beyond any other man precisely because he was God, but he also emptied himself of his divine prerogatives in taking the form of a man. His knowledge wasn’t limitless, as he himself admitted—there were some things, like the timing of the Last Days, that the Father knew, but he didn’t. And yet he still had a deep awareness of his calling and identity as the voice of God among men.


What would it have been like for Jesus to hear the Old Testament prophecies as a young man and to realize with terrible wonder that they were speaking about him? What would it be like to grow in the knowledge that the Creator God was his Father in a way that no one else had ever experienced? I wonder if he remembered anything from before his birth in Bethlehem. Did he ever come to remember being there at creation, of being the agent of the Father’s spoken word and birthing the universe with his power? Did he remember guiding a nation of slaves through the wilderness in a pillar of fire? Did he hear the words of the histories of Israel and in his mind recall tearing apart the walls of Jericho and pouring out fire on Elijah’s altar? Did he hear about the glory of God filling the Temple and realize that that glory, that Shekinah, was the radiance of his own soul?


In the end, all our attempts to psychoanalyze Jesus fall short. It’s good to remind ourselves of these questions at times, to remember that the doctrine of Incarnation declares him to be a human being, not a mystical superhero. What we do know is what the earliest affirmations of the faith tell us, the message that John wrote of his old friend and traveling companion: “In the beginning was the Word, and the Word was with God, and the Word was God.” God himself became an ordinary man, and the Omnipresent became radically present to us. The All-knowing became knowable. God’s love is so boundless that he bridged the gap between us of his own accord, becoming like us so that we can become like him. This astonishing message, this endless and ever-refreshing epiphany, is the heart of Christmas.
Email ThisBlogThis!Share to TwitterShare to FacebookShare to Pinterest
Labels: Devotional Reflections, Theology
Newer Post Older Post Home