(This piece was originally published as a devotional column in my hometown newspaper.) 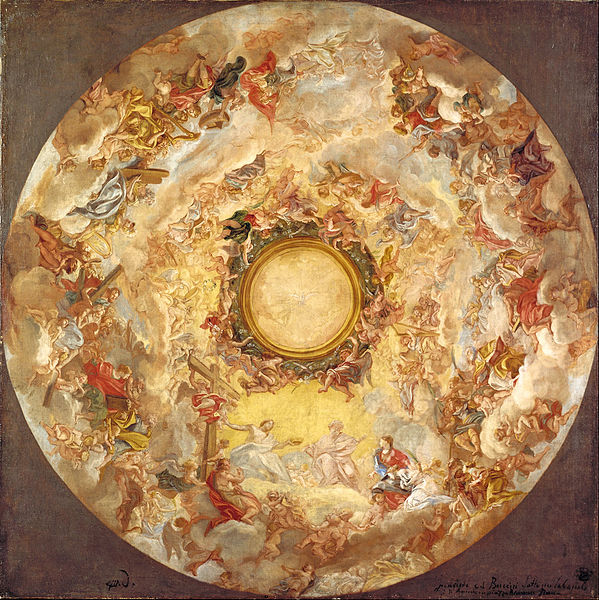 I have a few favorite anecdotes that I like to tell to my congregation; one of them is an imaginative scene of what might take place in heaven at the end of time. (I first heard a version of this anecdote from one of my professors at Houghton College.) It goes like this: Picture yourself standing in a great audience hall, lined on both sides with fellow Christians and with the heavenly host of angels. We are here to celebrate and stand witness as God’s people “take their inheritance in the Kingdom of God” (Matt. 25:34). One by one the great saints of the past march down the center of the audience hall to enter into the joy of the Lord, and as they’re recognized, the angels and the believers watching from the sides give great cheers. “Look!” someone might call, “There’s Francis of Assisi!” and both sides erupt in joyful acclamation. “And there’s Martin Luther! And Billy Graham!” And then comes someone else up the aisle of that great audience hall—a tiny, unassuming woman, who in life had been frail and bent over with age. The angels (but not the assembled Christians) all erupt in wild cheers, louder than for anyone who had gone before. “Marjorie Smith!” they cry. “It’s Marjorie Smith, finally entering into her reward!” You and the other people, meanwhile, look at one another in puzzlement. “We’ve never heard of Marjorie Smith,” you say. “We’ve heard of all the others, and know about their great faith, but who was she?” The angels reply with a smile, “She was unknown in life. But she gave herself to prayer, and when she prayed, God shook the nations.”
The point of this little anecdote is to give us a gentle reminder that all of us have the potential to do something incredible for the Kingdom of God. We live in a culture that celebrates fame simply for fame’s sake, and it can leave those of us who are not celebrities feeling like our lives are meaningless. We feel like mere observers, left on the sidelines. Sometimes we may feel that we’re not leaving behind any sort of legacy that will make us be remembered after we’re gone, even among our own family and friends. Many in our community may feel held back by infirmity, old age, or addictions, and it seems to them that they can’t contribute anything of worth to their society, their friends, or even their own lives.
But God wants us to take a different view of our lives. He doesn’t care about human fame, and the things he sets in high regard are oftentimes the things that our culture doesn’t pay much attention to. In this lifetime, a person will be more widely hailed for starring in a movie than for the secret times he spends in prayer; but in eternity to come, all of the fame of Hollywood will be utterly forgotten, and it will be the prayers you pray and the acts of love you do that will make your life worthy of tremendous honor. God gives us the chance to partner in his great work through our prayers and our acts of mercy, and those things, though unnoticed here and now, can change the world and echo through eternity forever. Take up the challenge to live a meaningful life, even in the simplest of things, and watch God turn your life into a masterpiece.
Posted by Matthew Burden at 5:00 AM