A Relationship with God

(From the archives: this piece was originally written and posted in 2008) 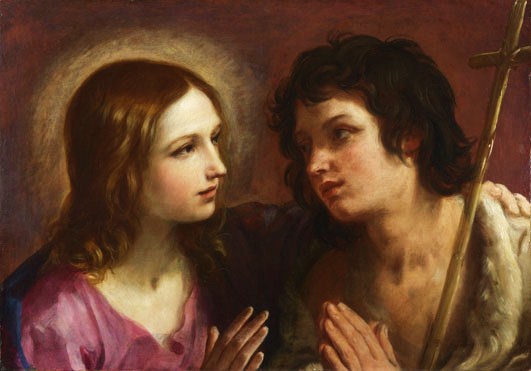 In popular evangelical circles, there's a saying that goes something like this: "Christianity isn't a religion; it's a relationship."

For instance, many people assume that they should always have an awareness of the presence of God with them. As with any dear friend, they yearn for closeness, for an emotional attachment that will bring them consolation in their empty moments. They want a safe refuge to run to, a place to feel accepted and secure.

But that's not always the way it is with God. Because pride and self-centeredness has its roots all the way down into the depths of our hearts, sometimes we want to be close to God for our own sake. We seek him out not for the sake of his glory, but for our own consolation. But to enjoy someone's presence only for the way they make you feel is the most basic of relationships--that of a young child with its parents. And God is a Father to us, but he is so much more. He has called us to be his friends. And he beckons us toward maturity, toward a relationship that seeks and shares and rejoices together. A real relationship involves significant give-and-take, and our relationship with God is more "real" than any other.

Sometimes the only way we can actually learn to know God more intimately--to seek him out for his own sake and to appreciate him for who he is--is by the removal of the consolations of his presence from us. Sometimes, God is very hard to find. He can feel a universe away from us, and there is no sign that he either hears or cares about our prayers and devotions. To someone who has only ever been told that "Christianity is a relationship," this can be a bewildering time. How do you have a relationship with someone who simply isn't there? But the truth is, that's often how the Christian life feels. Very few believers enjoy the constant consolations of God's presence. More often there are the quiet emptinesses, the desolations of yearning. More often than not, our prayers seem like a one-way conversation. We try to listen, but all we hear is silence. For those believers who have been taught that prayer ought to be a genuine dialogue between them and God, there is no explanation for these long treks through the desert of God's silence.

So what do we do? I don't think we need to throw away the language of relationship, because our union with God certainly is that. But we need to teach people how to understand that relationship. It involves more than a sense of God's presence and the joyful expectation of interior peace. Sometimes it involves just the opposite--the desolations of God's silence. But tradition tells us that the latter experiences are more fruitful than the former. Those desolations and silences are the experiences that grow us toward maturity. We begin to understand that God is more than our intimate counselor, ready to soothe us at a moment's notice. He is king and friend, father and warrior, shepherd and judge. He is all this and infinitely more. He is the Endless All before which creation trembles. And he does not submit to our expectations. Rather, he weans us away from ourselves, making us able to see who he is in himself. It is a vision that we can't handle as beginners; we have no capacity to drink in the full wonder of the Godhead. But through the long, painful road of dying to self, which includes these droughts of God's emotional consolation, we are made, in the end, able to understand and experience (at least in part) the breathless, ineffable Person of God. This relationship is a journey, and because it is a relationship with God, it is like no other relationship. God is always near, and he does not abandon us, but he wants to lead us on the long road of knowing him. Only on that road does our relationship mature. Only on that road do we find open the possibility of resting in the presence of God like Moses did in the Tent of Meeting, as one friend with another.

And when we use the language of relationship, we should use it with caution, not only because it's an utterly unique relationship, but also because that idea, taken as the pattern of Christian life, is only sparsely found in the New Testament. That's not to say it isn't present. Certainly the NT speaks of us being "reconciled to God," and Jesus gives a long and intimate speech to his friends before his death. Because of the Spirit living in us, we can cry "Abba!" to God. But when the NT writers come down to talking about the true nature of Christianity in its practical form, they seldom use the idea of a personal relationship with God. Part of the reason, I suspect, is because they didn't conceive of the Christian life as a purely individual affair. Christianity, for them, was not the experience of "me and God." It was the experience of "God and us." We are all united together to the true vine. As a community of saints, we are together called and chosen and set apart to be a kingdom of priests. And there are many times when, in our journey with God, we see him most clearly in the lives and words of our brothers and sisters in Christ. When God seems distant in our prayers, he is near to us in one another. We need to understand that this "relationship with God" is not simply "my relationship with God." It's our relationship. What we do affects one another, even (perhaps especially) on the spiritual level. As a community of faith, we all have a stake in one another's walk with the Lord. That's why so much of the NT is not about prayer or one's personal devotional life (topics we might expect to find if we were trying to reconstruct the NT from the currently bestselling books on the Christian life), but rather, it's overwhelmingly about how we live in relationship with one another.

True religion--this relationship with God--does not find its clearest manifestation in the secret practices of individual devotion, but in care for widows, orphans, and the poor, in forgiveness and mutual submission, and in the practices of building one another up. God is not pleased with the man who spends hours in prayer and yet still deals harshly with his brother. An act of mercy is worth an hour of prayer.

In what is perhaps the most intimate, personally relational passage in the Bible, John 15, Jesus describes his love and friendship for the disciples. And he concludes the thought with his summation of what ought to characterize their lives, in light of his love: