Heroes of the Faith: Cameron Townsend 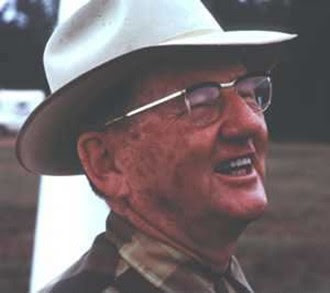 (Click here for an introduction and other installments of this series)
Lecture audio: Cameron Townsend & Wycliffe Bible Translators
(click here to listen or right-click to download)
“With your blood you purchased for God persons from every tribe and language and people and nation.” - Revelation 5:9b

“Jesus answered: ‘Love the Lord your God with all your heart and with all your soul and with all your mind. This is the first and greatest commandment.’” - Matthew 22:27-28
Cameron Townsend & Wycliffe Bible Translators: Basic Facts
- Cameron Townsend (1896-1982), affectionately known as “Uncle Cam,” was a missionary and a Bible translator. Together with Kenneth Pike (1912-2000), a noted linguist, he founded and led Wycliffe Bible Translators (WBT), the Summer Institute of Linguistics (SIL), and the Jungle Aviation and Radio Service (JAARS). The unified work of these three agencies has succeeded in translating portions of the Bible into more than 2,800 languages, thus providing access to the Gospel to nearly half of the linguistic groups in the world, all in the space of less than a century.

1917 – Cameron Townsend, a young missionary working with Central American Mission, sails to Guatemala to distribute Spanish Bibles. He ministers to the Kaqchikel tribe and discovers that Spanish outreach is not effective for them. They ask him, “If your God is so powerful, why can’t he speak our language?” So Townsend settles among the Kaqchikel for nearly a decade, until he can translate the Bible for them. Through that process, he finds that giving native people groups access to the Bible in their own languages produces stronger, healthier church communities.

1933 – Townsend convinces the Mexican government to allow him to launch a brand new kind of missionary program—a significant accomplishment, since Mexico was closed to all foreign missionaries at that time. This new program would aim for three objectives: translating Scripture into minority languages; producing academic linguistic research related to those languages; and strengthening development efforts in minority areas through the teaching of literacy.
1934-35 – Townsend establishes a summer linguistics course on an Arkansas ranch in order to train workers for his new program. In the course’s second session, a young student named Kenneth Pike arrives, who will prove to be a linguistic genius in his own right.

1937-42 – After Pike studies the Mixtec language of Mexico, Townsend sends him to earn a PhD in linguistics from the University of Michigan. Upon his graduation in 1942, Pike becomes president of the Summer Institute of Linguistics (SIL), a full-fledged organization based on Townsend’s pitch to the Mexican government a decade before. SIL workers take seriously their commitment to the scientific study of linguistics, and their devotion to serving God with their minds allows them to access mission fields around the world from which other mission agencies are barred. Governments on every continent seek their expertise in studying and promoting literacy among minority languages, and allow them to translate the Bible along with their academic contributions. Wycliffe Bible Translators is founded alongside SIL in 1942 in order to promote the Bible translation aspect of the agency’s work, while SIL focuses on academic linguistics work. From that moment to the present day, all members of Wycliffe Bible Translators have also been members of SIL, and the partnership of these two services—religious and academic—has enabled WBT/SIL to promote their work in nearly every country in the world.
Bible Translation Facts:

- Through SIL’s worldwide linguistic surveys, experts have come to find that there are more than 7,000 distinct languages in the world.

- Of those 7,000, only 650 have a complete Bible translation. Although those 650 languages represent the majority of the world’s population, that still leaves 1.5 billion people without access to a full Bible in their own language (and more than 110 million do not even have a single verse of Scripture in their own language). 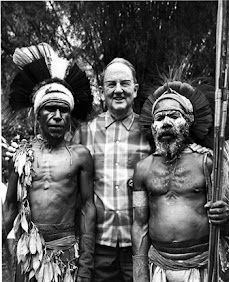 - Thanks to the work of SIL and other similar organizations, there are now 1,500 languages who have access to the full New Testament, and a further 2,500 translation projects are currently underway. Wycliffe has set a goal to have a Bible translation in progress for every group that needs one by 2025.

“Understanding Scripture in a language other than the heart language in which we think and experience emotion is like trying to eat soup with a fork. You can get a little taste, but you cannot get nourished.”

“The greatest missionary is the Bible in the mother tongue. It needs no furlough and is never considered a foreigner.”
Email ThisBlogThis!Share to TwitterShare to FacebookShare to Pinterest
Labels: History
Newer Post Older Post Home