Heroes of the Faith: François Fénelon 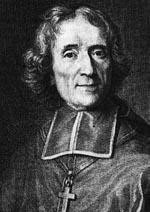 (Click here for an introduction and other installments of this series)
Lecture audio: François Fénelon
(click here to listen or right-click to download)
Then Jesus said to his disciples, “Whoever wants to be my disciple must deny themselves and take up their cross and follow me. For whoever wants to save their life will lose it, but whoever loses their life for me will find it.”  – Matthew 16:24-25

Come to me, all you who are weary and burdened, and I will give you rest. Take my yoke upon you and learn from me, for I am gentle and humble in heart, and you will find rest for your souls. For my yoke is easy and my burden is light.  – Matthew 11:28-30
François Fénelon: Basic Facts 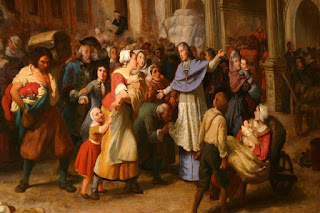 - François Fénelon (1651-1715) was a prominent Catholic clergyman during the reign of France’s King Louis XIV (“the Sun King”). He became the spiritual tutor to the heir to the throne. Towards the end of his life, he served as the Archbishop of Cambray and offered aid to refugees in the middle of a war zone. More than any of these things, though, Fénelon is remembered as a great spiritual writer.
- Fénelon was a great friend and defender of Madame Guyon, another spiritual writer who became famous for advising a passive method of prayer. Her best known work is A Short and Easy Method of Prayer. This book, and several of Fénelon’s (Spiritual Letters and Christian Counsel) have come to be regarded as classics in Protestant circles.

- Fénelon’s spiritual advice has been summed up in two words: “Let go.” In order to advance in the spiritual life, we must learn to let go of all forms of self-love in order to become centered on the love of God alone.
Timeline of Fénelon’s Life and Ministry:

1665-1672 – At 15 years old, he was enrolled to study theology at the College du Plessis, then at the Sulpician Seminary. Though originally wanting to become a missionary to Canada or the Far East, he decided to enter the priesthood in France.

1686 – One of Fénelon’s first assignments in ministry was to try to convert France’s Protestants back to Catholicism. Louis XIV had revoked the Edict of Nantes, making it illegal to be anything but Catholic in France. Although the authorities wanted to re-convert people by force, Fénelon refused to use such methods, and always exhibited gentleness and patience.

1689-1697 – Fénelon was appointed by King Louis to become the tutor to the 7-year-old Duke of Burgundy, who would eventually become King of France.

1697-1699 – Fénelon’s old friend, Madame Guyon, came under suspicion of heretical teachings in her books on prayer. Fénelon gave a vigorous defense of his friend, but the opinion of the royal court had turned against him. Guyon was told not to write any more books, and Fénelon was told never to leave the boundaries of his new archdiocese at Cambray.

1700-1715 – This was the most fruitful period of his ministry. From his small territory in Cambray, he visited all his parish churches, mentored the local priests, wrote letters of spiritual advice to his friends, and cared for thousands of displaced people during the War of the Spanish Succession, even going so far as to fill his archiepiscopal palace with refugees. 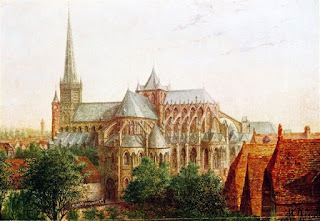 Quotes from Fénelon:
“The safest and shortest course is to renounce, forget, and abandon self, and through faithfulness to God think no more of it. This is the whole of Christianity—to get out of self and self-love in order to get into God.”

“Your fire of devotion does not depend upon yourself. All that lies in your power is the direction of your will. Give that up to God without reservation.”

“The directions of Christ are not: ‘If any will come after me, let them enjoy themselves; let them be gorgeously clothed; let them be intoxicated with delight.’ On the contrary, his words are: ‘If any will come after me, I will show them the road they must take. Let them deny themselves, take up their cross and follow me in a path beside precipices, where they will see nothing but death on every hand.’”

“Our faults, even those most difficult to bear, will all be of service to us if we make use of them for our humiliation, without relaxing our efforts to correct them. It does no good to be discouraged. Discouragement is the result of a disappointed and despairing self-love.”

“You will find by experience how much more your progress will be aided by this simple, peaceful, turning to God, than by all your chagrin at the faults that exist in you.”

“It is a false humility that acknowledges itself unworthy of the gifts of God, but does not dare to confidently expect them. True humility consists in a deep view of our utter unworthiness and an absolute abandonment to God, without the slightest doubt that he will do the greatest things in us.”
Email ThisBlogThis!Share to TwitterShare to FacebookShare to Pinterest
Labels: Devotional Reflections, History
Newer Post Older Post Home