Heroes of the Faith: Peter and Mark 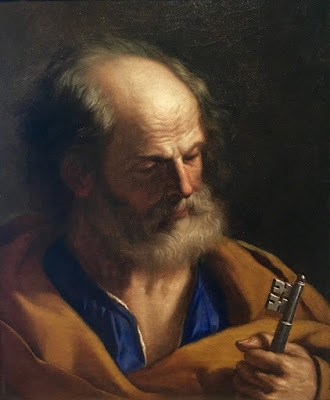 [To the disciples:] “You will receive power when the Holy Spirit comes on you; and you will be my witnesses in Jerusalem, and in all Judea and Samaria, and to the ends of the earth.” - Acts 1:8

[To Peter:] “Feed my sheep. I tell you the truth, when you were younger you dressed yourself and went where you wanted; but when you are old you will stretch out your hands, and someone else will dress you and lead you where you do not want to go.” Jesus said this to indicate the kind of death by which Peter would glorify God. - John 21:17-19

Peter in the New Testament

- Peter appears in the book of Acts as the clear and undisputed leader of the Jerusalem church. However, by Acts 8, Peter is working in an itinerant capacity, preaching across Judea and Samaria, and by Acts 15, it is clear that James (the brother of Jesus) is now the leader of the Jerusalem church. The book of Acts doesn’t give a clear indication of why Peter gave up his initial role as leader of the mother church, aside from a few hints that the level of persecution in Jerusalem may have made it unsafe for him to stay. But the New Testament, along with other early sources, provides another answer: Peter and the other disciples apparently thought of themselves more as “missionaries” than as fixed-location “pastors.” (Indeed, the word “apostle” means “sent-out one.”) According to tradition, the apostles held a meeting in which they divided up amongst themselves the nations of the world as mission fields.

- Peter visited several areas within Palestine—going first to Samaria (Acts 8:14), where he confronted Simon Magus, the sorcerer; then to seaside Judean towns (Acts 9:32-43); and then to Caesarea (Acts 10). Paul also attests that he saw Peter in Antioch of Syria (Galatians 2:11-14), and Paul further describes Peter as “the apostle to the Jews” (2:8), meaning that Peter’s missionary field was in Judea and among the many Jewish communities scattered around the Roman world. Peter may also have visited Corinth, in Greece (1 Cor. 1:12), and the northern and interior parts of modern Turkey (1 Pet. 1:1). The end of 1 Peter also suggests that Peter did indeed go to Rome. 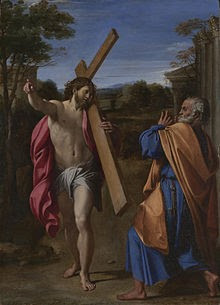 Peter's Journeys According to Other Early Traditions

- Some early traditions hold that not only did Peter visit Antioch, he actually became the head of the new church there and served for about seven years. The Patriarchate of Antioch, one of the four greatest of the early churches, consistently claimed that Peter had been its founding apostle. The same traditions also record that Peter left his family living in Antioch during his subsequent journeys. There are still clans in the area of Antioch today that claim to be his descendants.

- There is decent evidence that Peter did in fact travel to Rome, worked there for a few years, and faced his martyrdom there. Both Irenaeus and Tertullian (reliable early Christian writers) attest to this fact. It was probably from Rome that Peter wrote his letters and allowed Mark to arrange his memories into the Gospel of Mark. Some legends say that Peter once again had to confront Simon Magus, who had earlier emigrated to Rome and was now leading some of the Christians away by his demonically-powered sorceries. Then, in the year 64, a great fire broke out in Rome, and Nero pinned the blame on the Christians. It was in this persecution that Peter probably died. The story goes that he had been urged by the Roman church to flee the city, and as he was leaving, he saw a vision of Christ bearing the cross down the highway back toward Rome. “Where are you going, Lord?” he asked him. Jesus replied, “I am going to Rome to be crucified.” Peter understood this vision as a command for him to return and face his own cross, so he went back and was arrested. When the Romans were ready to crucify him on Vatican hill, Peter asked to be crucified head-downwards, feeling unworthy to die in the same manner as his Lord. He died there and was buried, and according to tradition, his tomb lies under St. Peter’s Basilica in Vatican City. The church of Rome claims Peter and Paul as its apostolic co-founders.

Peter’s Speech to Encourage the Church in Rome (as told in the apocryphal Acts of Peter):
“[Christ] is in the Father and the Father in him; in him also is the fullness of majesty, who has shown us all his benefits….He suffered and bore reproaches for us, he died and rose for us. He also defended and strengthened me through his greatness when I sinned; he will also comfort you, so that you may love him….This Jesus you have, brethren: the door, the light, the way, the bread, the water, the life, the resurrection…the grace, the faith, the word: he is everything, and there is none greater than he; to him be praise in all eternity. Amen.” 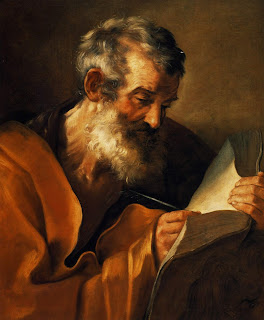 
- Mark, assumed here to be the same as “John Mark” in the New Testament, was the close associate of Barnabas, Paul, and Peter. Early tradition had him as one of the 70 disciples sent out by Jesus in Luke 10, and as the young man who fled from Jesus’ arrest in Mark 14:51-52. It was at his family home that the great events of Pentecost took place. He became a helper with Barnabas and Paul on their early missionary journeys, but left the mission partway through, which led to the breakup of Barnabas and Paul as missionary partners (Paul was later reconciled to Mark). Later on, Mark became an assistant to Peter, and used his memories of Jesus to compose his Gospel. Finally, Mark traveled alone to Alexandria, Egypt, and there he organized the Church of Alexandria and served as its first bishop. He was martyred in the year 68, when an angry mob of pagans dragged him to death behind a chariot.