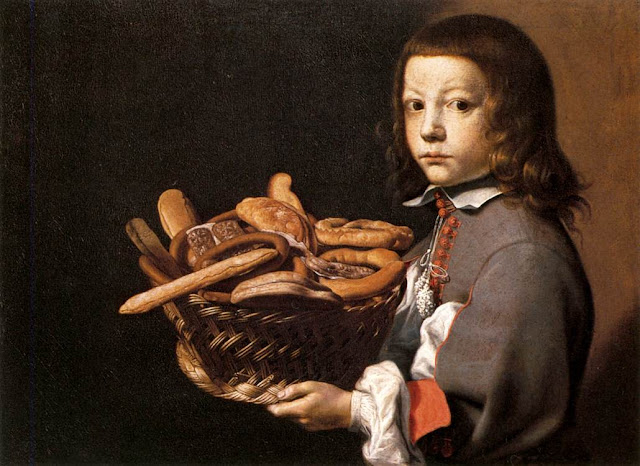 (Note: this piece was originally written and published as a devotional column in my town's local newspaper)

When one of my sons was in preschool, they had a day in which a local police officer came in to talk with the class about his job and answer any questions the youngsters might have. (I wasn’t in the class with them, but was later told this story by the teacher.) My son already knew from books what policemen were and what kind of work they did. He listened attentively to the officer as he spoke, but didn’t ask any questions until after the other children had dispersed. Then, before the officer headed out the door, my son sidled up to him and made a confession. “Sometimes,” he said, “my brother and I sneak into the kitchen and steal muffins!” I’m not sure what motivated him to confess this, nor what he expected the officer to do about it—in any case, there were no arrests made over the stolen muffins, so the story has a happy ending.

It strikes me that my little son’s freely-offered confession was probably driven by a need that all of us carry inside: the need to be heard and known, even in our flaws and imperfections. Sometimes our failings, mistakes, and sins place an awful burden our hearts. We feel like we can’t show these things to anyone else, because we’ll get a response of disappointment, shock, or even hatred. We worry that no one will like us if they really knew the shadows that linger in our hearts. But there’s something you should know: we were never meant to carry that burden alone. The grief and guilt of sinfulness is simply not something you can hold onto and expect it to keep out of sight; it will end up poisoning the well of your emotional and spiritual life every day of your journey.
In our church, we’re currently going through a study in the biblical book of Acts in our morning services. There’s one story that pops up frequently: the telling and re-telling of the conversion of the Apostle Paul, from a hate-filled terrorist intent on destroying the church to a devoted follower of Christ. In one of the re-tellings, Jesus says something intriguing to Paul: he says, “It’s hard for you to kick against the goads.” (That’s an old Greek idiom that refers to the difficulty of struggling against divine power.) As I was studying this story, it struck me that Jesus was expressing pity, even sympathy with Paul, even in the midst of his darkest sins. “It’s hard for you.” One can almost imagine him saying next the words he used in the Gospel: “So come to me, you who are weary and heavy-burdened, and I will give you rest.”

Sometimes we think that going to church and following God’s ways are hard, burdensome, and difficult. Maybe that’s what keeps many away from church. Already struggling with the grief and pain of sin-wracked living, perhaps they fear a further burden of guilt from going to church. But that’s not what the life of following Jesus is about, not at all! Instead of shaming us for our guilt, Jesus looks at it and says, “It’s hard for you to live the way you’ve been living, isn’t it? Come to me, and I will give you rest.” And of course, Jesus is absolutely right—it is hard to live in sin. It imposes on us tremendous amounts of pain, brokenness, guilt, and—if we have no one to share those spiritual wounds with—loneliness, too. But you don’t have to be lonely anymore. Come and answer the call of Christ, who looks with sympathy on your burdens. He will take your guilt and replace it with the freedom of his forgiveness and the joy of the unhindered pursuit of a good, soul-satisfying life. Whether you’ve been stealing muffins from the kitchen or wrestling with some other kind of misdeed, come and find the grace of Jesus Christ, freely offered in his Word and in his church. There is no sin that’s too big for the infinite grace of God.
Posted by Matthew Burden at 5:00 AM