The Trump Shall Resound, and the Lord Shall Descend - Did Donald Trump Just Usher in the End Times? 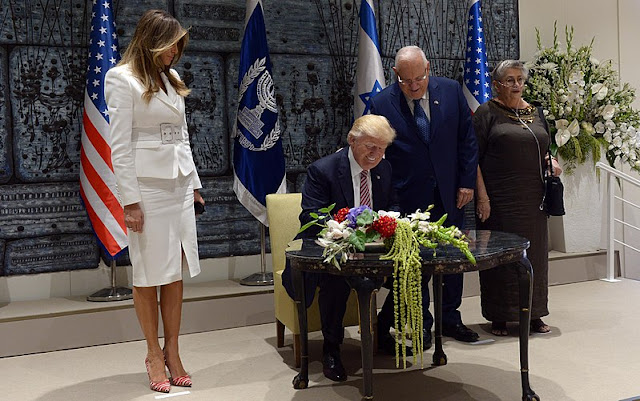 (President Trump with Israeli President Reuven Rivlin in Jerusalem, photo courtesy of the Spokesperson Unit of the President of Israel, licensed under the Creative Commons Attribution-Share Alike 4.0 International license)

A few days ago, a fellow pastor made me aware that the prophecy junkies (who make up an influential wing of my evangelical Christian tradition) were getting all excited about President Trump's decision to recognize Jerusalem as the capital of Israel. This was interesting to me, though not surprising--as all good prophecy junkies know, almost any geopolitical event (especially if it has to do with Israel) has the potential to be an epoch-changing marker of the End Times and the Lord's imminent return. Add to that the fact that it was God's favorite country (the USA, of course) that was the spark plug of this particular event, and you've got the recipe for an apocalyptic bonanza.

As you may know, this move was something of a controversial decision: even though it merely put into practice a prior piece of American legislation and recognized the current political organization of the state of Israel (for whom Jerusalem has served as capital for several decades), many perceive it as giving legitimacy to Israel's aggressive land-grabbing techniques in Palestinian areas and as rebuffing Palestinians' own hopes to have East Jerusalem recognized as their capital. These are issues of significant political importance to the region, and even many Christian groups (including practically all of the major Christian churches actually located in Jerusalem) are resisting it. But to many American evangelicals, those issues come in at a surprising second level of importance compared with the possibility that a random Western-Hemisphere country's public recognition of an already-established political reality might be the secret key to unlock the end of the ages.

I poked around a little to find out why, exactly, this was seen as significant to the imaginative exegetes of end-times prophecy. Two reasons were most commonly cited: first, that the resistance of other countries to this move might raise enough animosity against Israel to launch the Battle of Armageddon (one commentator, who was putting on airs of knowing something about evangelicals, went so far as to say that most evangelicals actually want war in the Middle East). And second, this rather dry piece of legislation (which, again, changes almost nothing on the ground in Jerusalem, at least for now) is expected to be a step towards the rebuilding of the Temple in the Holy City. Just as a refresher if you're a little rusty on your biblical hermeneutics, one popular branch of apocalyptic interpretation, called dispensational premillennialism, holds that there must be a Temple in Jerusalem as a precondition for the end times, since it appears to be mentioned in several relevant biblical passages. Now, it's not exactly clear how the US' recognition of Jerusalem as the capital would in any way move us toward the goal of a new Temple, especially since to do so would presumably require the removal of the Islamic shrine of the Dome of the Rock, but the likelihood of probable outcomes are not really that important to prophecy junkies when compared to the all-surpassing certainty of the literal fulfillment of biblical metaphors. (Interestingly, none of the articles I read mentioned the popular belief that the Antichrist will make a treaty with Israel, nor the fact that in some of these interpretations, it is the Antichrist who is a leading figure in the Temple's restoration--which, if true, might suggest that the recognition of Jerusalem as Israel's capital might actually be the first step toward an intriguing prophetic identity for Mr. Trump...)

So, let's take the two main anticipations one at a time. First, will Mr. Trump's decision actually lead to the Battle of Armageddon? This question is probably unanswerable, given the fact that almost any Middle East policy decision has a relatively high likelihood of sparking all-out warfare. This doesn't really have much to do with the nature of Mr. Trump's decision, but rather with the instability of the region as a whole. In general, though, many of the most powerful actors in the region with animosity towards Israel (Turkey, Saudi Arabia, Egypt, the Gulf States, Jordan, etc.) also have long-standing ties with the United States, which makes it rather unlikely that the governments of the Middle East will rise up in a military response against this act by the US. More likely, if anything happens at all, would be a limited terrorist response from non-state Palestinian actors, which would be quashed fairly quickly by Israel's alarmingly efficient security forces. 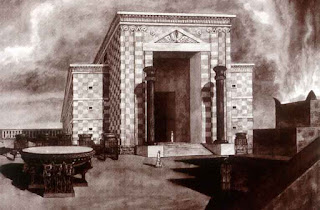 Now, for the Temple: is this decision likely to lead to the reconstruction of the Temple? I would say again, probably not. The necessary location for it appears to be the Temple Mount, which the Israeli government will definitely not be touching anytime soon. The top of the Temple Mount, in its entirety, is a Muslim holy site featuring one of the oldest and most beautiful mosques in the world, and even the very simple act of trying to install metal detectors on its entrances plunged the Israeli government into a world of trouble earlier this year. They would not set out to assault the Muslim holy places by trying to build a Jewish Temple up there. The reason for this is that Israel (for some unknown reason) does not actually want the nations of the world to rise up against them in a catastrophic Battle of Armageddon. Go figure. Further, while there are a few wings of the diverse Jewish community that would like to have a Temple again, there are other powerful Jewish voices speaking out against such a move. Many Jews in Israel are secular, and, not being religious at all, see the possibility of a new Temple there as simply throwing gasoline onto the coals of regional conflict. Others, constituting the majority traditions of rabbinic Judaism, actually do not support a renewed Temple, because their religion has grown and developed for nearly two millennia without it; and in most Jewish thought, their current form of worship, centered around the Torah itself, does not require an actual, physical Temple.

I would push this point even farther, and say that not even evangelical Christians should be pushing for a new Temple in Jerusalem. The reason is twofold. First, the branch of interpretation that I mentioned before, the one that tries to interpret all biblical metaphors as literally as possible (dispensational premillennialism) is actually the new kid on the block as far as traditions of interpretation go. There are three accepted alternative traditions of end-times thinking in Christianity, and most of them have a stronger historic and theological pedigree (and, in my opinion, a biblical pedigree too) than does dispensational premillennialism. I've written about these subjects elsewhere, and I'll let you follow these links to read up about it a bit more if you like: Why You Should Be Excited You're Living in the End Times / What Should We Do With Revelation? / My Theological Statement: Eschatology. But, to put it bluntly, I think that prophecy junkies are seriously misreading Scripture when they insist that a physical Temple is a requirement for end-times prophecy to come true. They are taking literally passages that were meant to be read figuratively, and in so doing, they are actually abusing the intended meaning of Holy Scripture. Just because certain passages might refer to the metaphor of the Temple, this does not necessarily mean that a physical Temple will have to be standing in Jerusalem for Jesus to come back. 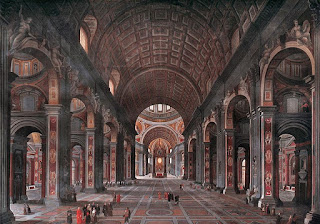 Second, the New Testament is very clear that, theologically speaking, a physical Temple would have no relevance whatsoever to us as Christians. Rather, Jesus tells us that true worship will go on not at the Temple, but wherever God's worshipers are (John 4:19-24). In the book of Acts, while the disciples will still frequent the Temple for prayer  (2:46; 3:1; 22:17), as well as using it as an evangelistic setting, it's clear that the main meetings of the Christian church occur elsewhere (1:12-14; 4:23-31 12:12). In the letters of Paul, the argument is consistently made that we are now the Temple (1 Cor. 3:16; 2 Cor. 6:16; Eph. 2:19-22). And if that's true, then there really is no need for a new Temple in Jerusalem. Further, the letter to the Hebrews says in no uncertain terms that a return to the sacrificial worship of the Jewish Temple would actually be an anti-Christian move, because Jesus Christ was the once-for-all sacrifice for sins and the final great High Priest, thus rendering all further priestly sacrifices pointless, if not an intentional offense against the great redemptive work of Christ (Hebrews 9-10). Throughout its long centuries of tradition, the Christian church has always held that the worldwide church of Jesus Christ is the real Temple--the reality toward which the historical building pointed. It was the foreshadowing; we are the reality. This tradition has only recently been forgotten; it was just with the rise of dispensational premillennialism in the past two centuries that serious anticipations of a new Temple in Jerusalem became prominent.

All that to say, Mr. Trump's move isn't likely to lead directly to the end of the age, nor should we necessarily want it to. The consistent message of the New Testament is to use the hope of Christ's return as a motivation for our continued lives of holy love here and now, not as a codebook for lauding questionable foreign policy decisions. Let's get back to the real message of the end times, please, as Paul showed us in his end-times discussion in 1 Thess. 4-5: "Let us be sober, putting on faith and love as a breastplate, and the hope of salvation as a helmet... Encourage one another and build each other up." (1 Th. 5:8, 11)