Technology Is Not Neutral 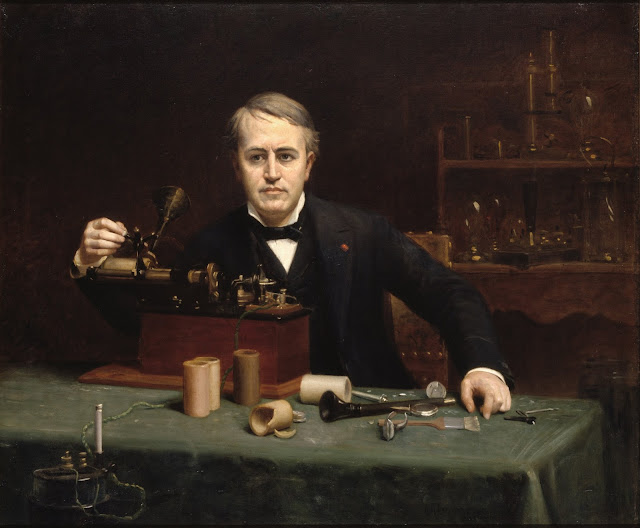 (Note: An earlier version of this article was posted in 2009)

When it comes to critiquing new technologies, especially media technologies like the Internet or TV, one often hears a common argument: “The medium itself is morally and socially neutral; what matters is the content.” This underlying philosophy is the reason why concerned parents are worried about the sex and violence in their children’s TV programs and video games, rather than being concerned with the TV or video games themselves. We tend to accept new technologies rather blithely into our lives under the unspoken assumption that they aren’t good or bad in themselves; rather, the messages they carry are what have moral and social significance.

I would like to oppose that philosophy in this post. Technology is not neutral. Although the content of a particular medium is important to consider, we need to be aware of the ways that the medium itself shapes our lives. As the great media-critic Marshall McLuhan said, “The medium is the message.” The clearest instance of this is television. TV is producing a cultural revolution in Western civilization at least comparable to the impact of Gutenberg’s printing press. (And the advent of the Internet will probably have an even deeper impact). TV is moving us away from a culture of words, rationality, and focused, linear thought to a culture of images, emotion, and rapid-connection, multitasking thought. Consider what television has done to presidential elections—now not only are such rational marathons as the famous Lincoln-Douglas debates utterly unthinkable, but “image” and personal charisma is at least as important in a candidate as wisdom and discernment. Entertainment is replacing the acquisition of knowledge as a primary focus of life. Our cultural quest is now aimed at experience rather than truth. All of this happens almost regardless of what the content of a particular TV program is—it’s inherent in the nature of TV itself.

Here's a fun little exercise, which is quite profitable if you have a good imagination and an understanding of history and culture: imagine what our society (or your own life) would look like without a particular technology. Take Microsoft Word (or any word-processing system), the program I’m using to write these thoughts right now. What was writing like before the advent of word processors that allowed in-text editing? Or even before typewriters (some of which also allow in-text corrections)? Writing without a word processor is a whole different discipline. The rules of grammar and spelling and style are the same, but the process is very different. Here on this computerized picture of a piece of paper, I’m able to spit out thoughts with astonishing speed, and I can revise them whenever and however I want. There’s no need to go back, to rewrite and rewrite until my writing becomes good. I can just patch it up here and there until it’s satisfactory. Writing without word processing would be a slower, more thoughtful process. I would be far more careful with the words I choose. I would think about how I put them together before I actually write them, because if I didn’t, it would mean hours and hours of lengthy rewrites. Is word processing an efficient tool? Of course. Does it make me a better writer? I sincerely doubt it. I think I would be a better writer if I had been trained to write without it. So is Microsoft Word neutral in value? No, it’s not. Simply by its nature, it affects the process and philosophy of writing.

Another example would be cell phones. Cell phones have their benefits, of course—we are all immediately available all the time to one another. When important issues or emergencies come up, we don’t have to worry about whether or not we’ll be able to reach someone. However, the mere fact that we’re all now immediately available to one another is restructuring our society. Our definitions of privacy are being redefined. There is an assumption that because we can be reached by cell phone, we ought to be willing to be reached. Because we are always available, our time and attention ceases to be entirely our own. Again, this all happens regardless of what is transmitted over the phone; it’s inherent in the nature of the technology itself, and it takes an intentional personal philosophy of cell phone use to overcome that inherent tendency.

A few more examples might help to illustrate this principle. Take the technology that records music and makes it marketable to consumers. Until just about a hundred years ago, one needed a musician or a singer, and probably some instruments, to produce music. It was an exercise both in individual artistry and in communal identity. But with recorded music as a mass product, music has lost some of that original meaning. Now it is primarily used as a means of creating or expressing personal identity. It is an expression of our preferences and tastes as individuals. Even at most concerts nowadays, especially in genres other than classical or folk, the music is an expression of individuality. A concert is a communal gathering, to be sure, but no real community takes place—it’s just a collection of individuals who all have the same personal taste in music, expressing that taste in the anonymity of a crowd. Music has thus lost some of its communal magic. Very seldom is it used anymore as the artistic expression of a local community of people. To understand the true power of music, one needs to join a jam session or a hymn-sing, where music becomes not just a consumer product, but something beautiful that we create together.

One final example might serve to make the point, and this one requires a bit more imagination—what does the technology of reading and writing take away from the experience of being human? We all assume literacy to be an unquestioned good (even those Americans who don’t make much use of it), but when reading and writing first appeared on the scene, they were not always welcomed with joy. For example, the advent of literacy ended (or at least radically changed) the age of the epic poem in ancient Greece, putting the bards and singing poets out of their jobs. Because of literacy, a great art form began to die. More importantly, though, reading and writing changed the way people perceive and acquire knowledge. Because of the ease of gaining new information through reading, old ways of learning were swept out the door. When one could read books on any and every subject, there was not quite the same draw to experience the art or craft for oneself, to be tutored in wisdom and knowledge by our parents and our elders. Where literacy is present, the power of local community as a medium for knowledge is compromised. We begin to see knowledge and understanding as the key to our problems. People buy self-help books, looking to find that heretofore unknown bit of knowledge that will henceforth revolutionize their lives. It doesn’t happen, so they buy another book, hoping to find the magical knowledge there. And so on, and so on, until their shelves are full of worthless books. Pre-literate human culture reminds us that knowledge itself is not enough—we must act. We must learn wisdom from the hands and feet of those who are walking the trails ahead of us. And from their example, we need to take action. It’s easy to feel spiritual by reading books about spirituality, but precious few buckle down and practice the hard work of asceticism or intercessory prayer. Reading and writing have such power as a medium—regardless of their content—that they shape our lives and perceptions in all these ways.

Technologies like these are part of the fabric of our lives, and too often we completely ignore their effects on our lives and culture. With each new technology, it’s appropriate to ask the question, “What will we lose?” This is a useful exercise even with those technologies that have been around for ages. What did culture lose with widespread use of the clock? The interstate system? Geographical maps? The Internet?

I’m not arguing that these technologies are bad (obviously, I’m quite a strong fan of reading and writing). Rather, the point is that they have consequences on human culture. These consequences are often unintended and, to a large degree, they proceed without most people taking note of them. But their effects are staggering. So with each such technology, it’s worth asking about those unintended consequences, and then balancing them against the potential benefits. It’s worth asking, “What does this technology do to shape the human experience? Does it help to make me more fully the person that God intended me to be, or does it hinder me toward that goal in any way? Is it a technology that I can control and use as a tool, or does it have the capacity to control and shape me?”

Even if we continue to use these new technologies, this awareness will enable us to practice greater self-regulation and to search for new ways to preserve those areas of culture and human identity that would otherwise be lost. Because we’re aware of the detrimental effects of TV, we can be disciplined about exercising our minds through other, more linear and rational mediums. Because we’re aware of the individualizing nature of mass-marketed music, we can take steps to make music a conscious part of our communal experience.

In the end, the best question when faced with a new technology is not, “Is it useful?” or “Is it pleasant?” or even “Does it help me do this job better?” Rather, the best question is, “What will I become because of this?”
Email ThisBlogThis!Share to TwitterShare to FacebookShare to Pinterest
Labels: Culture
Newer Post Older Post Home