Keep the Words of This Prophecy: What Should We Do with Revelation?

We just completed a Wednesday-night Bible study on the book of Revelation in our church. Revelation is a book which, among evangelicals, seems to inspire either fanaticism or fear--some people dive in head-first and get swallowed up in charts and timelines about when Antichrist will arise, what nations will be involved, which symbols mean exactly what in our current geopolitical context, etc.; while others are so put off by this view of "the end times," so convinced that it is a ghastly picture of history to come that they end up holding out all hope for a magical whisking-away of the people of God, and these people rarely even bother to engage the book of Revelation because it inspires such fear.

I would argue, however, that the first group of people are misreading Revelation and seriously missing the forest for the trees, and the second group of people are simply victims of the first group. There are multiple accepted interpretations of possible future timelines within the Christian tradition, and the currently popular one among evangelicals (known as dispensational premillennialism) is both the most pessimistic of the lot and the most recent interpretation to be thought up. (And for those of you who know my amateur-historian tendencies, I tend to be skeptical of doctrines that are recent inventions.) A careful reading of Revelation shows that it is intended to be a book of comfort and encouragement, a consolation to Christians when faced with the persecutions of this world. Though it does include a number of horrifying accounts of geopolitical events, the overall structure compels us to remember that God is ultimately always in control, and that his victory will be sure, complete, and beautiful beyond our capacity to imagine.

That word, keep, is the Greek word tēreō, which can have a range of meanings including "guard," "keep watch," "hold fast," and, its most natural meaning in this context, "put into practice." In much of the Apostle John's writings, it's used to encourage people to "hold fast" to their confession of faith, and in the New Testament as a whole, it often speaks about keeping the new Christian traditions as handed down by Christ and the apostles--that is, putting them into practice. 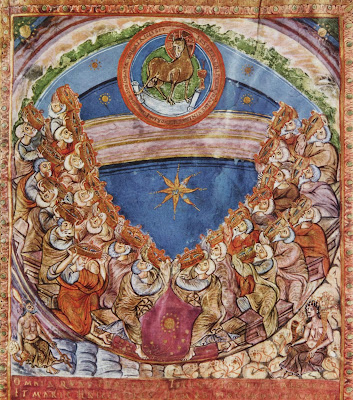 The short and the long of it is that these double exhortations, at the beginning and end of this book, don't seem to put great stress on our exact comprehension of every symbol in the book (contrary to much evangelical interpretation). Rather, it stresses what we do with Revelation; that is, whether or not we put it into practice. "But how can we put into practice a bizarre series of apocalyptic visions?" you might well ask. Well, there are certain repetitive themes throughout Revelation which do prod us to action. (1) We are called to be overcomers, to persevere, to hold fast to Christ through all the persecutions and tribulations of this age. (2) We are called to fix our eyes on the eternal realities, to remember and to trust that God is in control. (3) We are encouraged to consider ourselves as part of the living, global, trans-historical people of God, who are constantly engaged in worship around his throne, and we are called to join in that perpetual refrain of adoration. If you can do those three simple things--persevere, trust, and worship--then you'll be a true reader and follower of the Revelation of our Lord Jesus Christ.